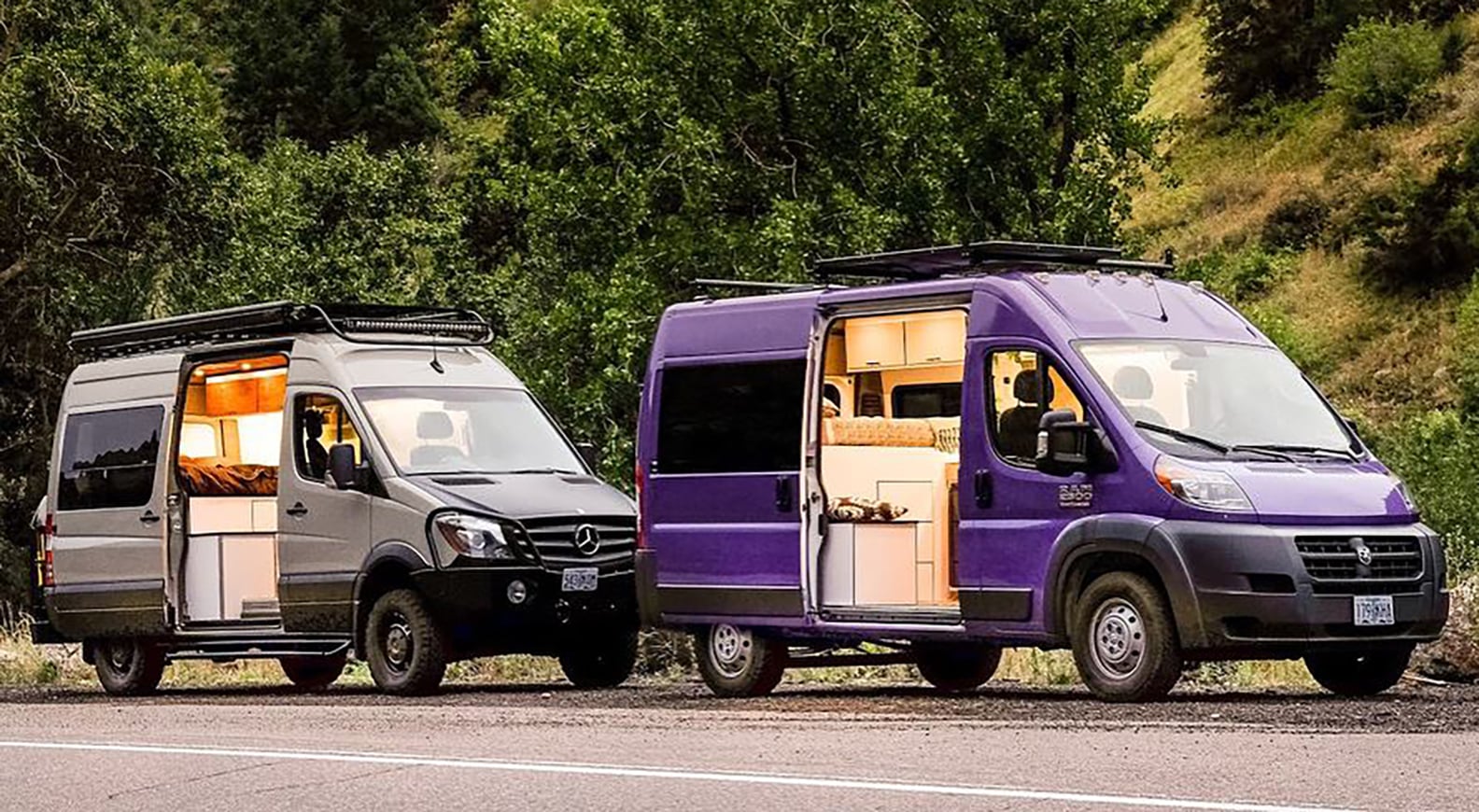 Dave Walsh is tired of turning customers away.

The founder of Vanlife Customs said his van outfitting business is booked out a year from now, but he’s hoping that will change after the startup moves into a larger space next month. 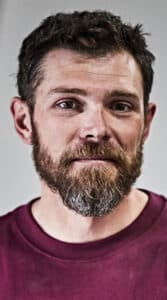 “We’re swamped,” Walsh said. “When we shut down for COVID, I thought my business was going to go under. But it’s been quite the opposite. It’s really hard to tell people we’re a year out from helping you achieve this dream.”

“The thing that keeps our sales from going up is the fact that we don’t have the space to do the work, and we don’t have the ability to take advantage of all the work coming in,” he said. “Inquiries have gone up at least 50 percent since the pandemic hit.”

Next month, the startup will quadruple its footprint, moving into a 20,865-square-foot warehouse at 6531 W. 56th Ave. in Arvada. Walsh signed a five-year lease for the space last month. Tanner Digby with Digby Commercial Advisors represented both the landlord and Walsh.

With this new move, Walsh hopes to double his company’s revenue and its staff of 12, which includes a shop apprentice, three levels of technicians, a service manager, project manager and general manager.

The founder said he funded the move with his own savings.

“The warehouse will also allow us to store most of our vehicles inside, which is important for the upcoming winter months,” Walsh said. “When you have a high van with six inches of snow on the roof that needs to come inside and melt off, we spend a lot of our time in the winter walking in puddles.”

Campervans saw a boom throughout the pandemic as flights were canceled and more people turned to the open road for cabin fever relief. And luckily, Walsh was ahead of the curve.

Walsh, a Marine Corps veteran, started Vanlife Customs in 2016 after building out a campervan for himself in his backyard in Boulder, “much to my landlord’s chagrin,” he said. He spent a year living and traveling in the van while teaching outdoor education for The National Outdoor Leadership School. 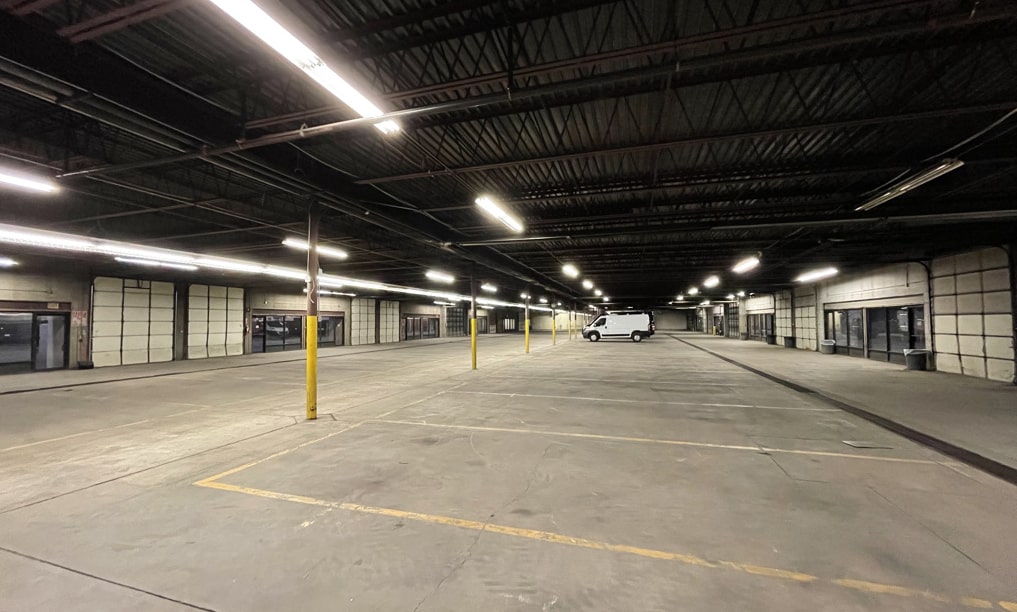 Vanlife Customs will move into its new 20,865-square-foot warehouse space next month.

He received a lot of interest from fellow travelers and friends and began doing custom build outs on the side. Not long after, Denver-based Native Campervan placed an order for three outfitted vans after seeing his work, and he hired his first employee for help.

“The plan was to build a few vans in the winter and take the summers off to teach outdoor education. I haven’t taken a summer off yet in five years,” Walsh said.

Customers bring in their own empty van and sit down with Walsh to discuss the desired design, layout and features before he puts together an estimate. Build outs cost an average of $80,000, but can reach up to $110,000 for complicated builds, like a long-wheelbase van with a pop-top, variety of exterior accessories, new tires and suspension, and a hot water and air system.

Most customer requests are accepted, although Walsh prefers not to install showers in campervans because of the amount of room it takes up, the humidity it can introduce in the van and cause mold, and the environmental impact of the drainage. He usually recommends a basic rinse station or on-demand camp shower attachment. 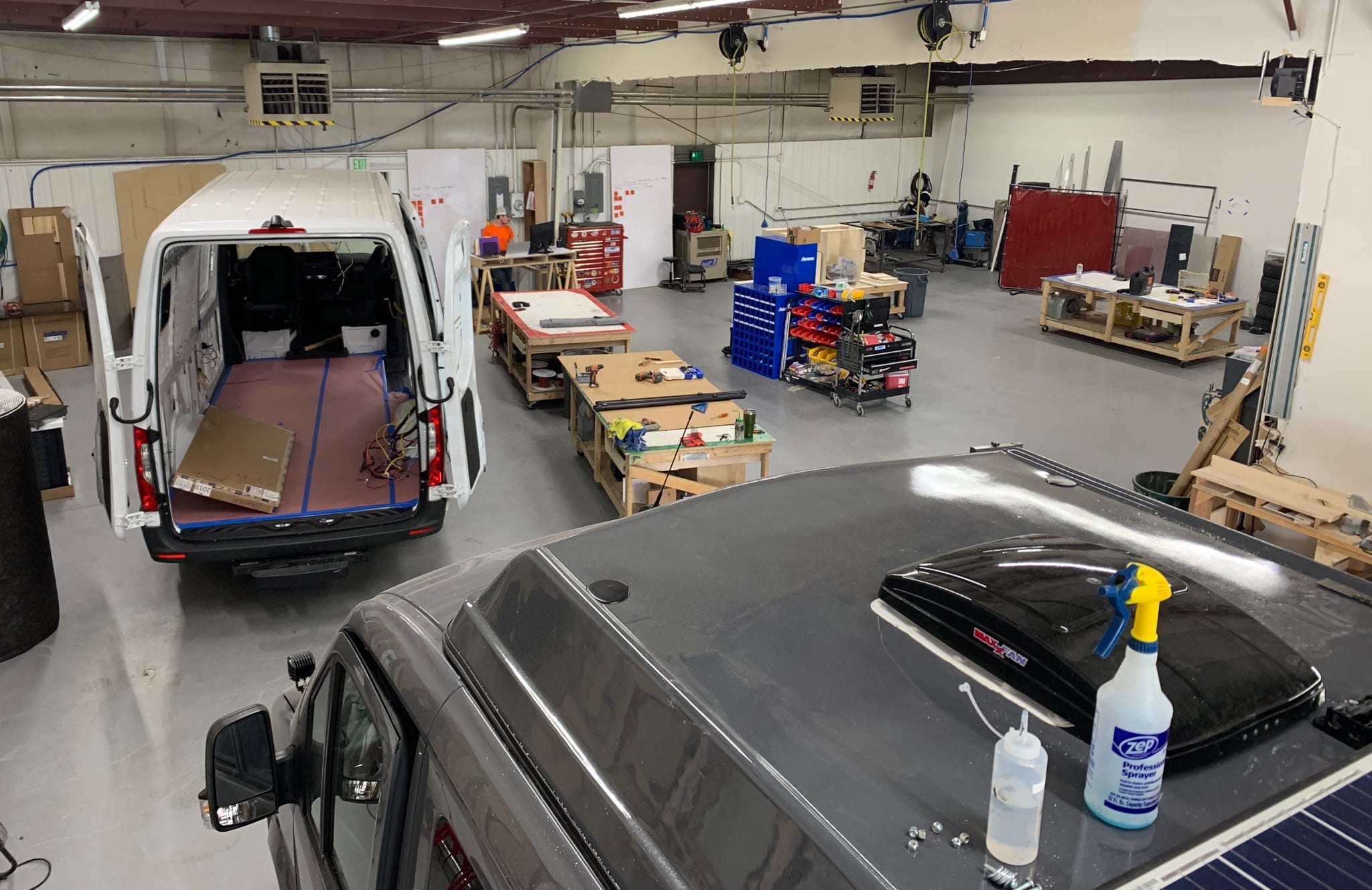 Vanlife Customs currently works out of a 4,800-square-foot space in Adams County.

“We have a variety of people we build out vans for,” Walsh said. “There seem to be a lot of people close to retirement who are looking forward to visiting their kids and grandkids across the country, folks who are weekend warriors and have the money to spend, and also people flipping their lives upside down, spending their life savings and living full-time in a van.”

In the new space, Walsh plans to offer a selection of layouts for customers to choose among with customizable color options.

Vanlife Customs also builds out two to three spec vans each year for trade shows and layout examples, and later sells those for around $145,000. And the startup provides maintenance services for existing and new customers.

Year to date, Vanlife Customs has built out over 100 campervans, including 17 this year for Native Campervan. Walsh said it takes 10 to 12 weeks, depending on supplies, and the company works on three at a time.