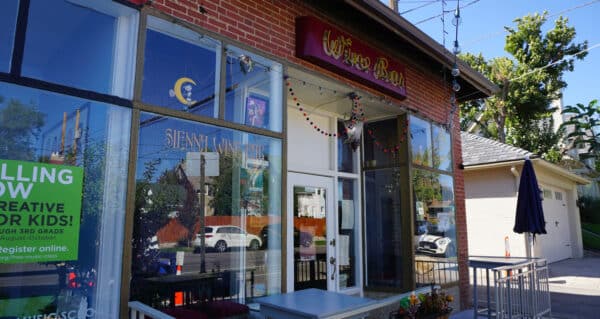 Until a larger space opened up on the other end of her bar’s building.

“I had no interest in expanding or doing more Sienna Wine Bars all over the place,” Kent said. “This was enough for me as a full-time mom. But the new space is too fortuitous and beautiful, and it’s just this gorgeous corner of the same building with all of my same favorite attributes and more, she said, adding: “It’s not like we’re going across town, but this space will give us a little more wiggle room.”

Pudge Bros opened up in the 1,295-square-foot corner space in 2007 and closed in August after its lease ended, Kent said.

Kent fell in love with the space when she realized she could build out a bigger patio. She only has room for a few chairs outside of her 895-square-foot bar now.

“I want this to be one of the nicest patios in town,” Kent said. 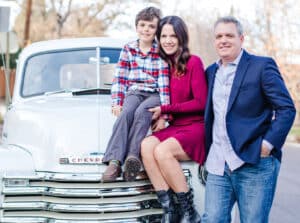 Pudge Bros previously used the space for takeout and delivery only, so Kent said she has to go through the change of occupancy permit process with the city, which has been slow and difficult to navigate.

Kent hopes to move into the new space by January and plans to keep the current Sienna space open until the last minute. She plans to build a new bar in the space and move the old bar top to the new, larger patio.

Sienna serves wine by the glass and bottle, as well as beer. Small plate offerings include charcuterie salads and ratatouille.

“The new corner spot will help us feel more included in this strip of businesses and connected to the neighborhood,” Kent said. “Everybody walks by that way, and I think we’ll be contributing a lot to the corner as well as gaining some new customers.”