The Colorado Coalition for the Homeless is planning a $20 million renovation of its income-restricted building at 250 W. 14th Ave., which has 101 units for formerly homeless people. (Eric Heinz photo)

An income-restricted building that has housed formerly homeless people for the last 25 years near Civic Center Park is getting a makeover.

The Colorado Coalition for the Homeless is asking the city of Denver for $10 million in affordable housing bonds to rehabilitate the 10-story, 101-unit building at 250 W. 14th Ave., known as the Forum Apartments.

The total project is slated to cost $20 million. The remaining funding needed will be acquired through private investments in exchange for low-income housing tax credits. 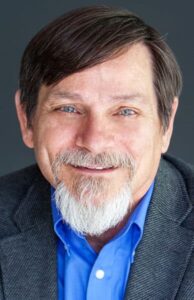 “It’s always been a prized possession, even though the units are smaller than the market-rate and micro units that are being built these days,” President and CEO John Parvensky said. “The location, being in the smack of downtown and near public transit and cultural facilities, it’s just a great amenity for folks. I remember when we opened up 25 years ago, the reporting was that it was too nice for the homeless.”

The building dates to 1965, according to property records, and the Coalition has owned it since 1995. Parvensky said, at the time, there was pushback as the Coalition was looking for a location for income-restricted housing, with many neighborhoods averse to such a project.

He said then-Mayor Wellington Webb offered the current building, which had been unoccupied for years after the University of Denver moved its law school.

The Coalition bought the property from the city for $10, Parvensky said, and raised about $6 million to create the units.

The bond issuance would not cause the city to accrue any debt; the Coalition would be responsible for paying the interest and the principal on the bonds. This funding mechanism allows Denver to borrow at tax-exempt rates for private entities to lower the borrowing costs for them, but the city does not pledge its credit for the bonds. 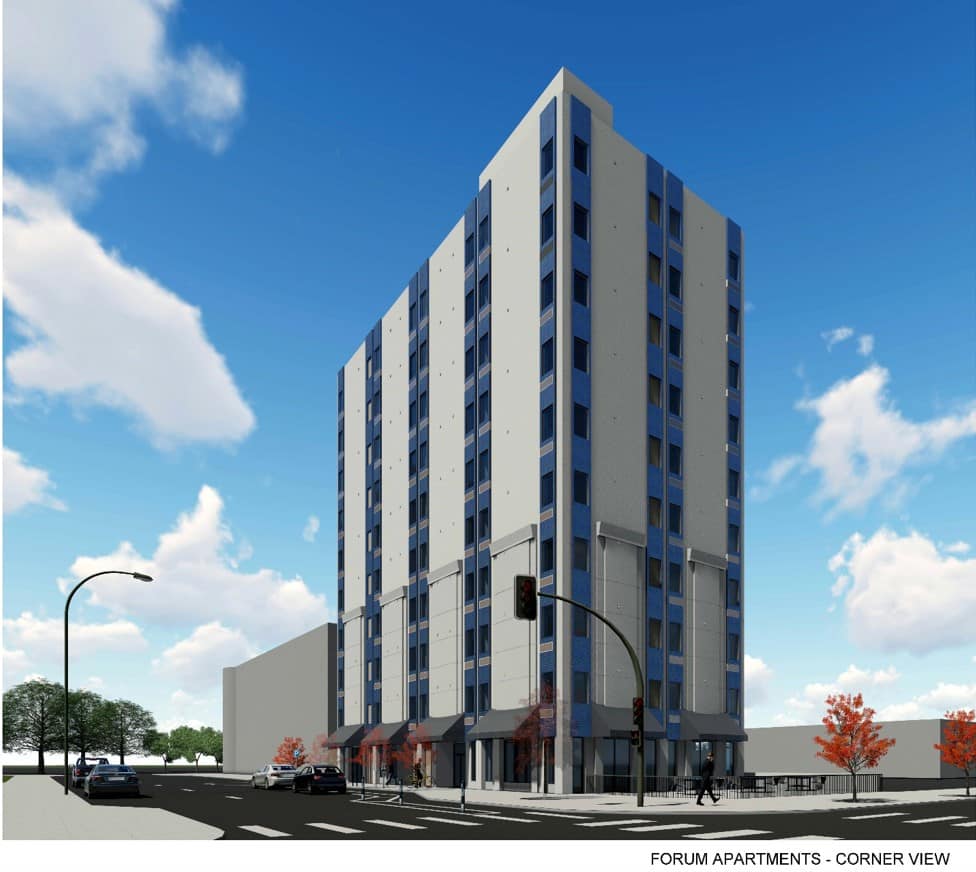 The exterior design for a renovation of the Forum Apartments at 250 W. 14th Ave. shows new colors and brighter walls. The building was constructed in 1965. (Courtesy of the Colorado Coalition for the Homeless)

Quiznos leases space on the ground floor of the building.

In connection with the bond issuance, a new agreement would also ensure the building will be used for income-restricted housing for homeless people for the next 60 years.

Renovations will include upkeep of the necessities within each of the units, and the building is being fitted for all-electric energy instead of using an old steam heating system, Parvensky said. There are also plans for exterior upgrades.

Parvensky said the Forum Apartments opened to full capacity in 1996, but many residents moved out because they found different living facilities through the Coalition’s service. He said turnover at the Forum is about 10 percent each year.

“It’s a constant resource for people,” Parvensky said. “It’s a pathway for those, particularly the most vulnerable, who are not able to work because of a disability or mental health conditions. They would likely remain on the streets until some kind of opportunity came along.”

The proposal has already passed the City Council committee process and now goes to the full council for a vote at a later date.

Renovations could take about nine months and the coalition hopes to start in October or early November. Parvensky said residents will be relocated to motels or hotels incrementally during the work.

The Colorado Coalition for the Homeless is planning a $20 million renovation of its income-restricted building at 250 W. 14th Ave., which has 101 units for formerly homeless people. (Eric Heinz photo)