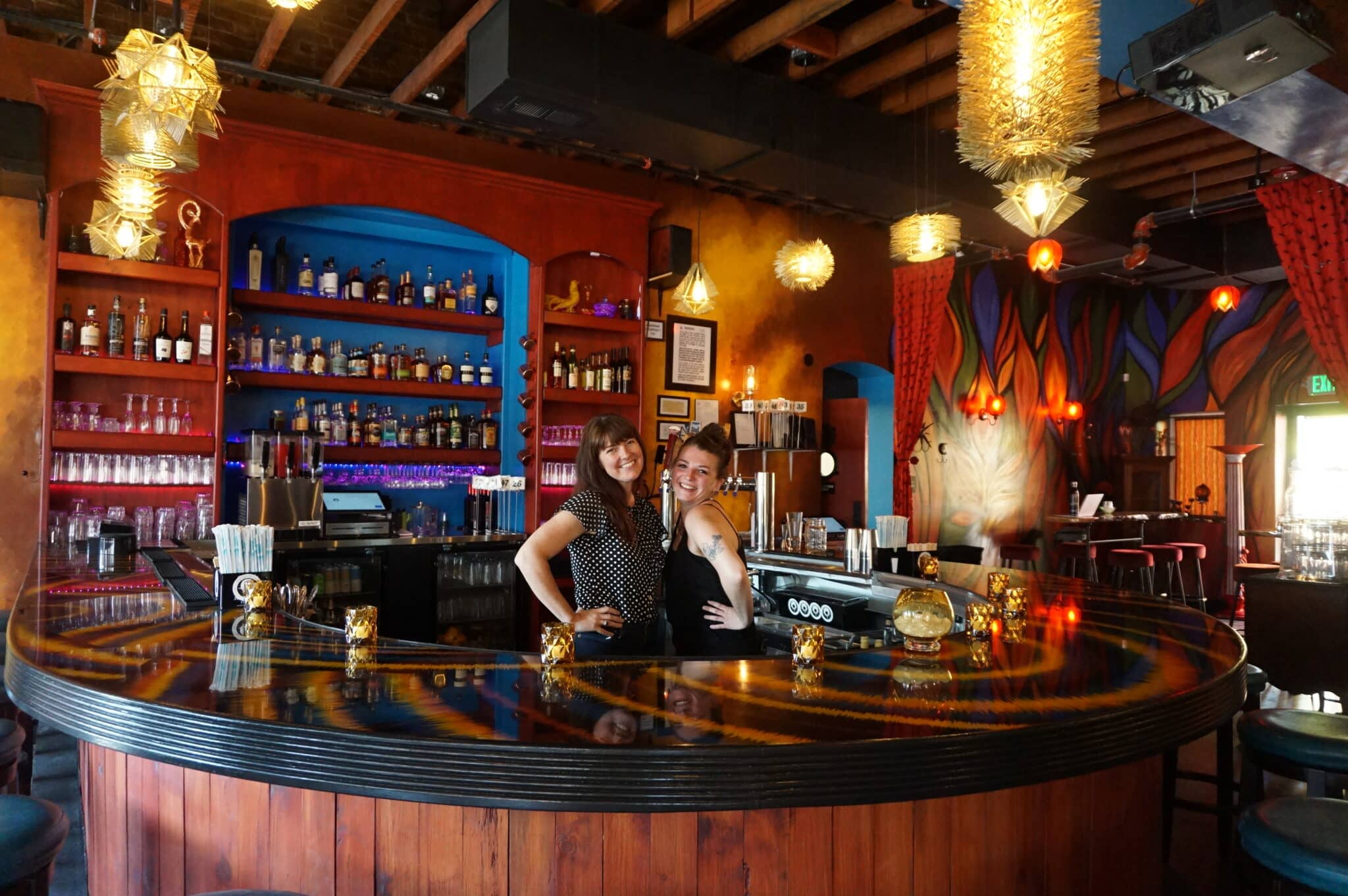 Three years after purchasing the real estate for their new bar, the owners of Enigma Bazaar are relieved to finally have the doors open.

“We were supposed to open last May, but then COVID hit,” co-owner Carly Howard said. “It gave us an extra year to perfect the space, but it was also disappointing. We’ve been working on this so long that we had a fire lit at this point.”

Chad, after finding success with Bitcoin, purchased the 5,000-square-foot building in 2018 for $1 million, according to property records. 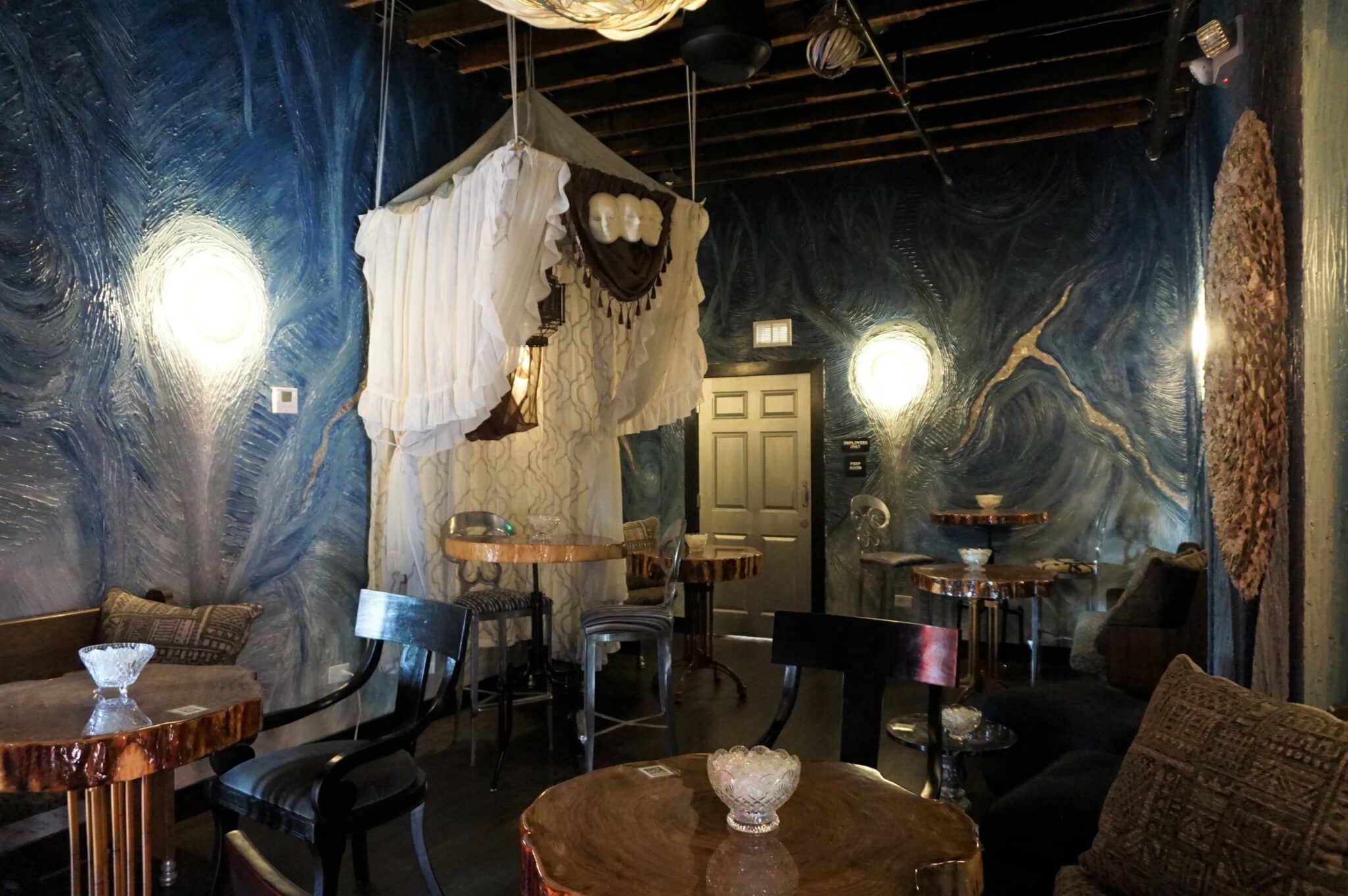 The bar is designed after the tree of life, and the “Moon Room” will be used for tarot readings.

The former couple met in high school and got married at a young age before moving to New York, where they started a theatre company together called Sparrowtree Arts. They broke up out there, and Chad later moved to Denver in 2013 and Carly did the same two years later. Both are remarried now with kids, and Carly is in the process of changing her name.

“We remained friends through everything, and we’ve been such good collaborative partners,” Carly said. “We work so well together — probably better than being married —  so it made sense to do another project together.”

Enigma Bazaar, which was previously home to blues bar Ziggies, hosts live music, performance art, tarot readings, and dance, film, theatre, circus and magic performances in 2,500 square feet of the building. The other half of the building is reserved for events and temporary rentals, such as tango classes.

The owners gutted and renovated the whole building after Chad purchased it in 2018. Samar, a local artist, painted the bar, made light fixtures out of zip ties, and did her own wall treatments, including gluing hundreds of oyster shells to a wall.  It also took a while to get permits, and then the pandemic ruined opening plans, Howard said.

“It wouldn’t be the place that it is if we opened last year because we were able to add so many unique finishes,” she added. 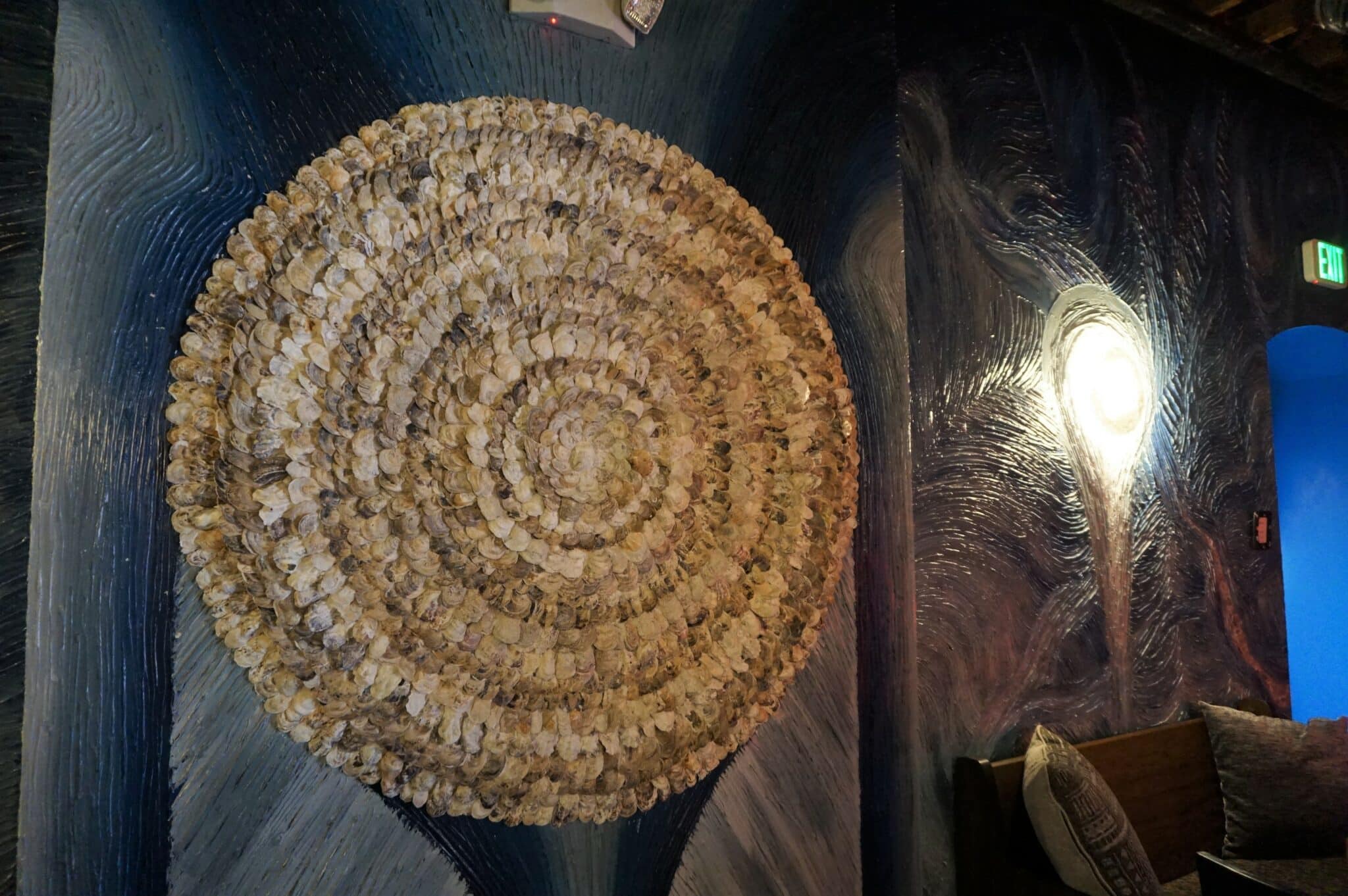 Co-owner Christine Samar hand-decorated the walls, including this oyster piece.

The Howards originally wanted to just open a theater, similar to what they did in New York, since they had no previous experience in hospitality.

“We loved producing and writing shows in New York. But every show we were breaking even, putting all of the money into the next show,” Howard said. “We like doing theater, we like doing events, but we needed to make money. So that’s when we came up with the idea for a bar.”

The bar also serves a Latin-inspired menu made from scratch by Chef Edwin Sandoval-Cruz with items such as mezcal-cured fish, homemade pasta, handpies, or pastelitos, with blue corn from Mexico, brisket, rice, a cabbage salad and cheese. 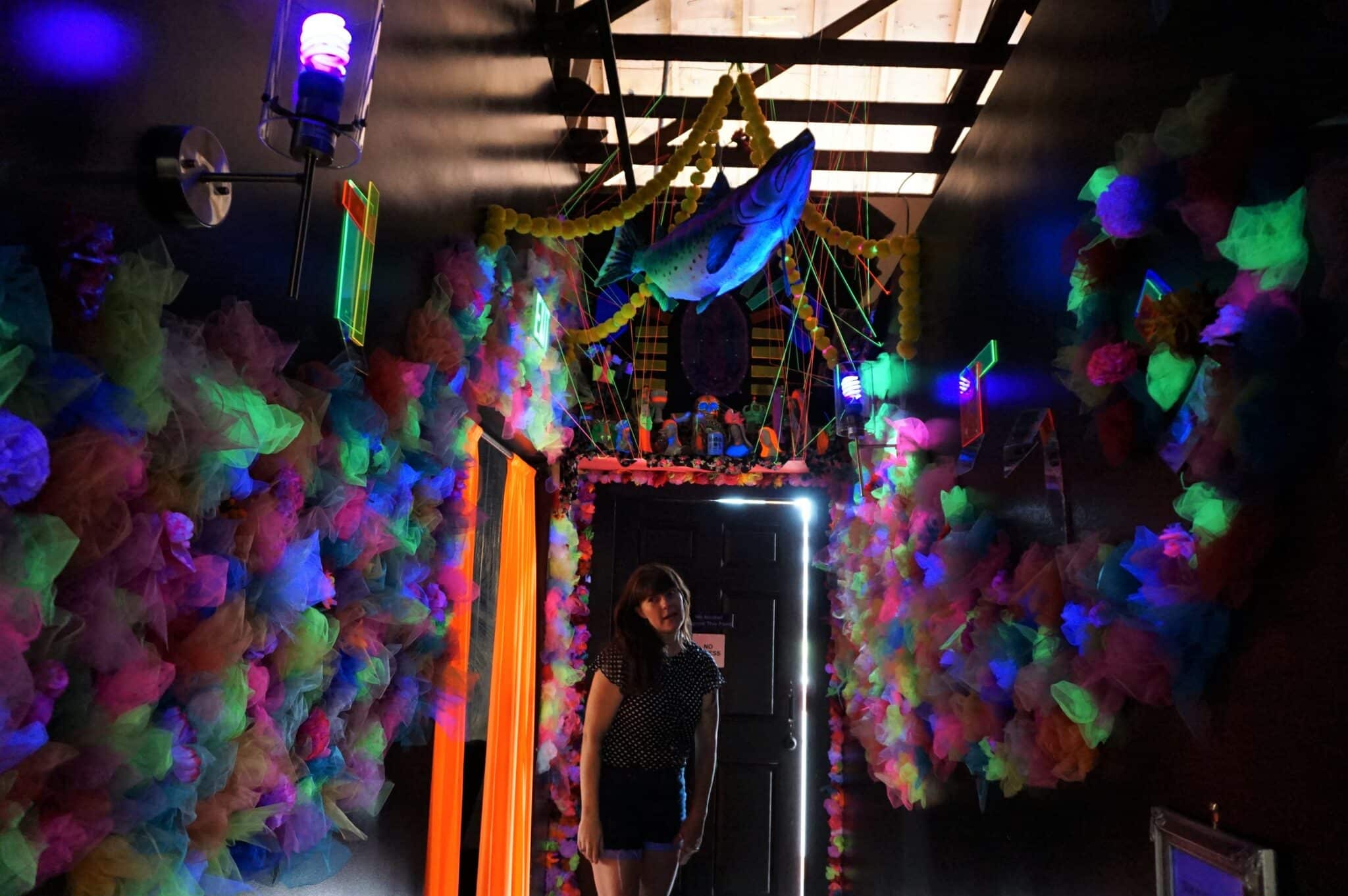 Sandoval-Cruz, a Honduras native, spent the last 13 years working his way up through Denver’s restaurant industry at places like Spuntino and Beatrice & Woodsley. He also launched his own private chef business called Xatrucho.

“I wanted to create a menu that you can’t find at any other Mexican, Colombian or Cuban restaurants,” Sandoval-Cruz said. “It’s quirky and whimsical and also something you can’t take home with you. I want people to tell their friends, ‘You have to come to Enigma because I cannot describe it to you.’”

Enigma Bazaar is open Thursday through Sunday from 4 p.m. until midnight but plans to expand hours to Tuesday and Wednesday after a grand opening this weekend.

“It’s surreal to finally be open,” Howard said. “I thought it would never happen. There were moments when I thought it wouldn’t work out, and to see it the way it is now is a literal dream come true. It was hard, and we didn’t always get along, but it’s been a journey that we’re all proud of.”

Three years after the owners purchased the building, the space at 4923 W. 38th Ave. in Berkeley is now hosting live music, theater and other performances.