A woman walks past the Garbarini store at 239 N. Detroit St. in Cherry Creek on Sept. 13, one of the structures that would be replaced by a proposed eight-story apartment building. (Eric Heinz photos)

An apartment building topping out at eight stories has been proposed for a site in Cherry Creek that’s currently home to two- and three-story structures.

The parcels are zoned for between five and eight stories, and the proposed project would max that zoning. The building would top out at eight stories on its southern end, adjacent to the eight-story Financial House office building completed by Denver-based BMC Investments in 2019. It would step down to seven and then five stories going north.

The proposed building would have 85 apartments, according to the plans. There would also be about 10,500 square feet of ground-floor retail space, and 162 parking spaces. 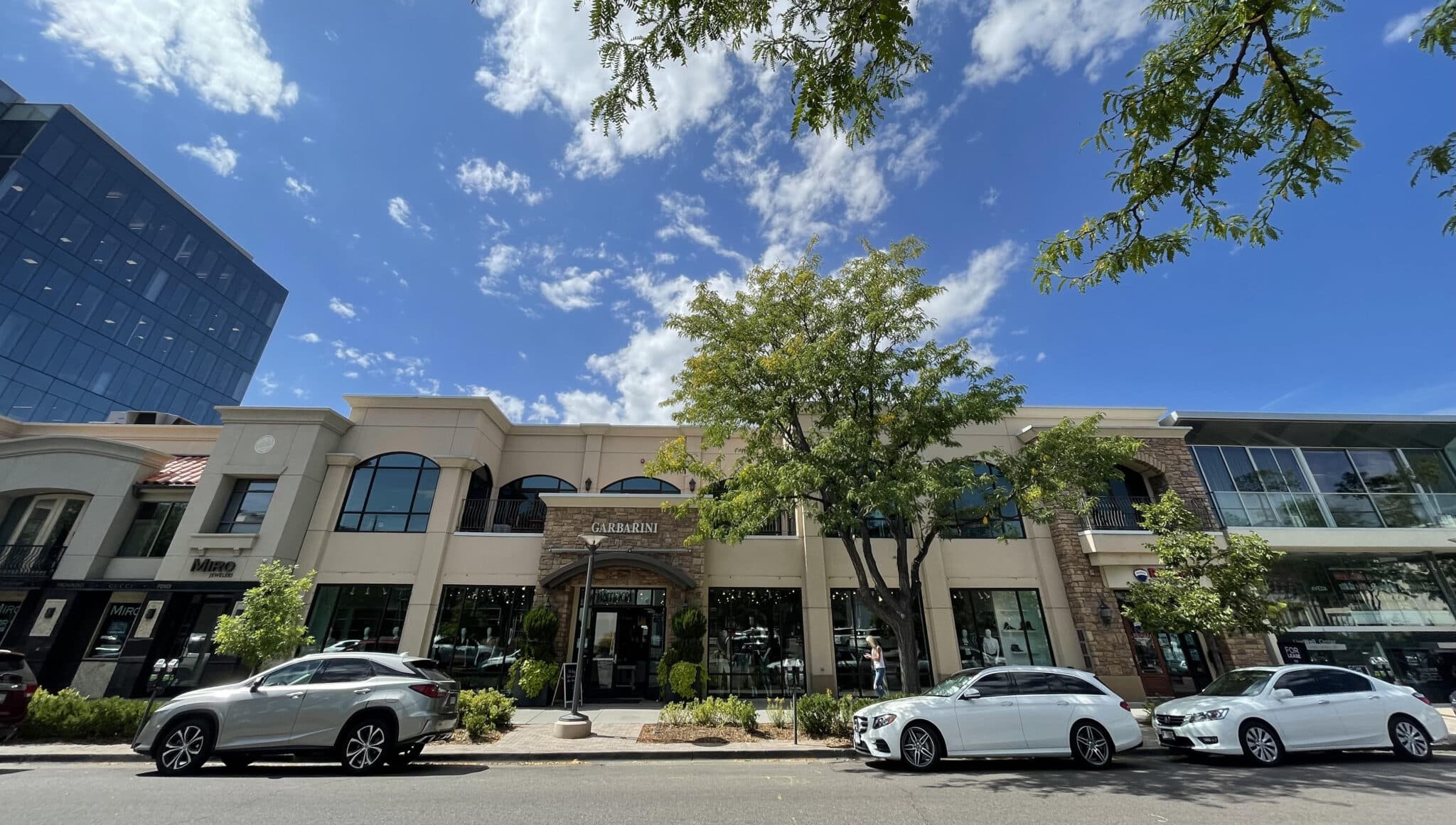 The proposed apartment building would replace multiple structures in the 200 block of North Detroit Street.

The structures currently at the site were completed between the 1960s and 2000, according to property records. Tenants include women’s boutique Garbarini and Re/Max Professionals. Cherish Spirits Lounge previously operated in the southernmost building.

“While Stillwater remains open and eager to the idea, plans for the current tenants have not been finalized on whether they will come back in the new building or not,” Hoy said.

Stillwater does not currently own any of the parcels, but is under contract to purchase them.

The bulk of Stillwater’s development activity has taken place in Texas. One notable project is PGA Frisco, a mixed-use project currently underway outside Dallas that is set to be anchored by the headquarters of PGA of America, which is currently based in Florida.

But Denver isn’t the only area of interest in Colorado for Stillwater. The company has proposed a 67-acre residential and commercial project called Downtown Flying Horse in the north reaches of Colorado Springs, according to The Gazette. It has also proposed a 330-unit apartment complex in the city.

A woman walks past the Garbarini store at 239 N. Detroit St. in Cherry Creek on Sept. 13, one of the structures that would be replaced by a proposed eight-story apartment building. (Eric Heinz photos)

The 85-unit redevelopment would replace several two- and three-story commercial buildings along Detroit Street built between the 1960s and 2000.