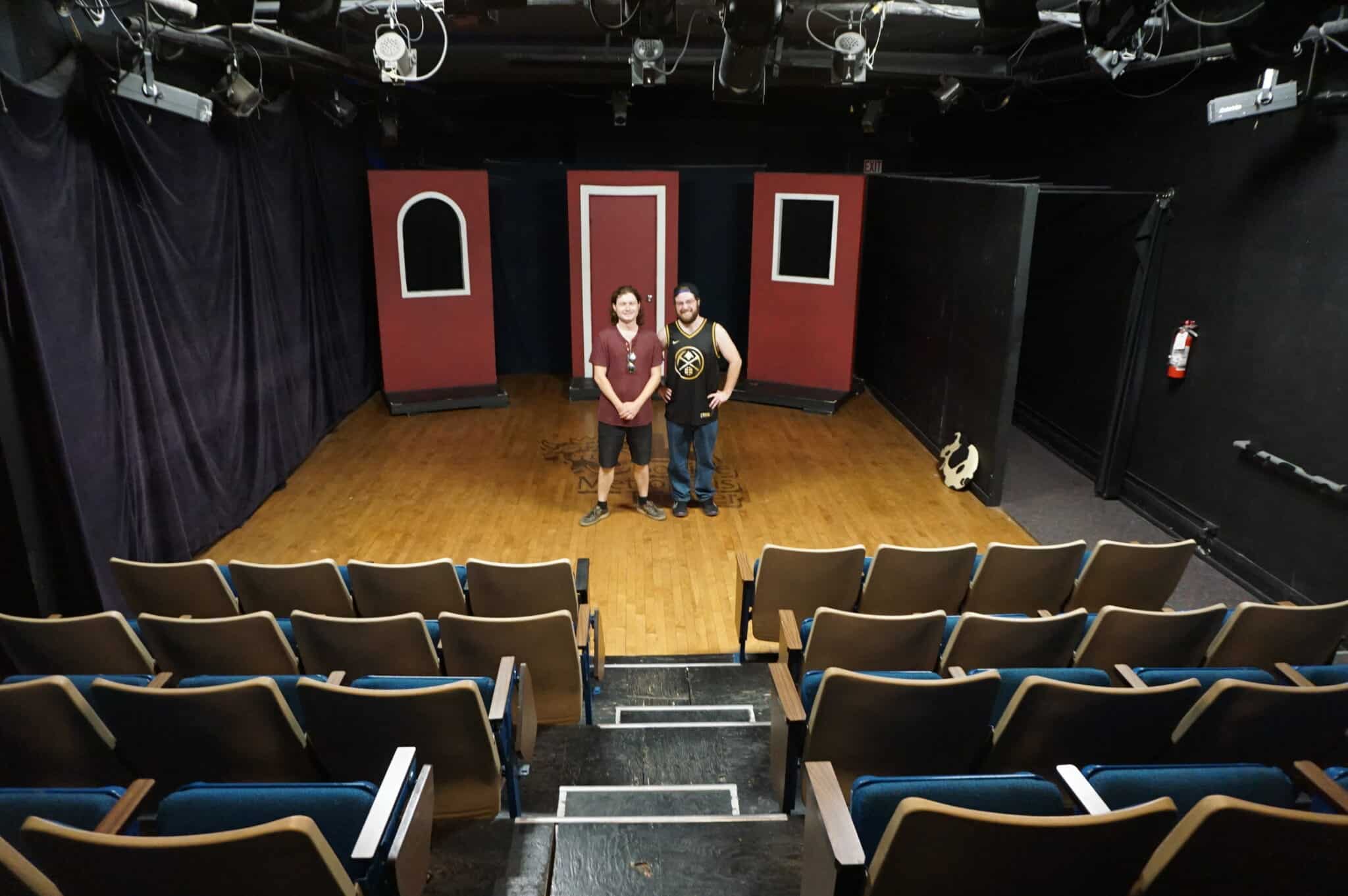 Now, the funny duo is getting ready to revive the theater at 1527 Champa St., which has been closed since the pandemic, as The Jester’s Palace.

“People are hungry for somewhere to go; people are hungry for a good place to perform; people want this to exist, and I think we are the people who can make it happen,” Hall said. “Everybody’s like ‘Thank God, I thought that place was going to turn into another dispensary.’”

The Jester’s Palace, which they hope to open this fall, will host a wide range of live entertainment throughout its 6,250 square feet, from magic acts to dance performances, improv shows to video game tournaments.

“The problem that theaters run into a lot of the time is that they niche themselves into a corner as an improv theater or a stand-up or music venue,” Twarowski said. “It’s very hard to convince someone to see improv shows seven nights a week. We want to create a space where all different types of shows can be going on at once and different audiences can cross paths. You know, maybe people who come out for the magic show never knew that they liked opera until they went upstairs and saw a performance.” 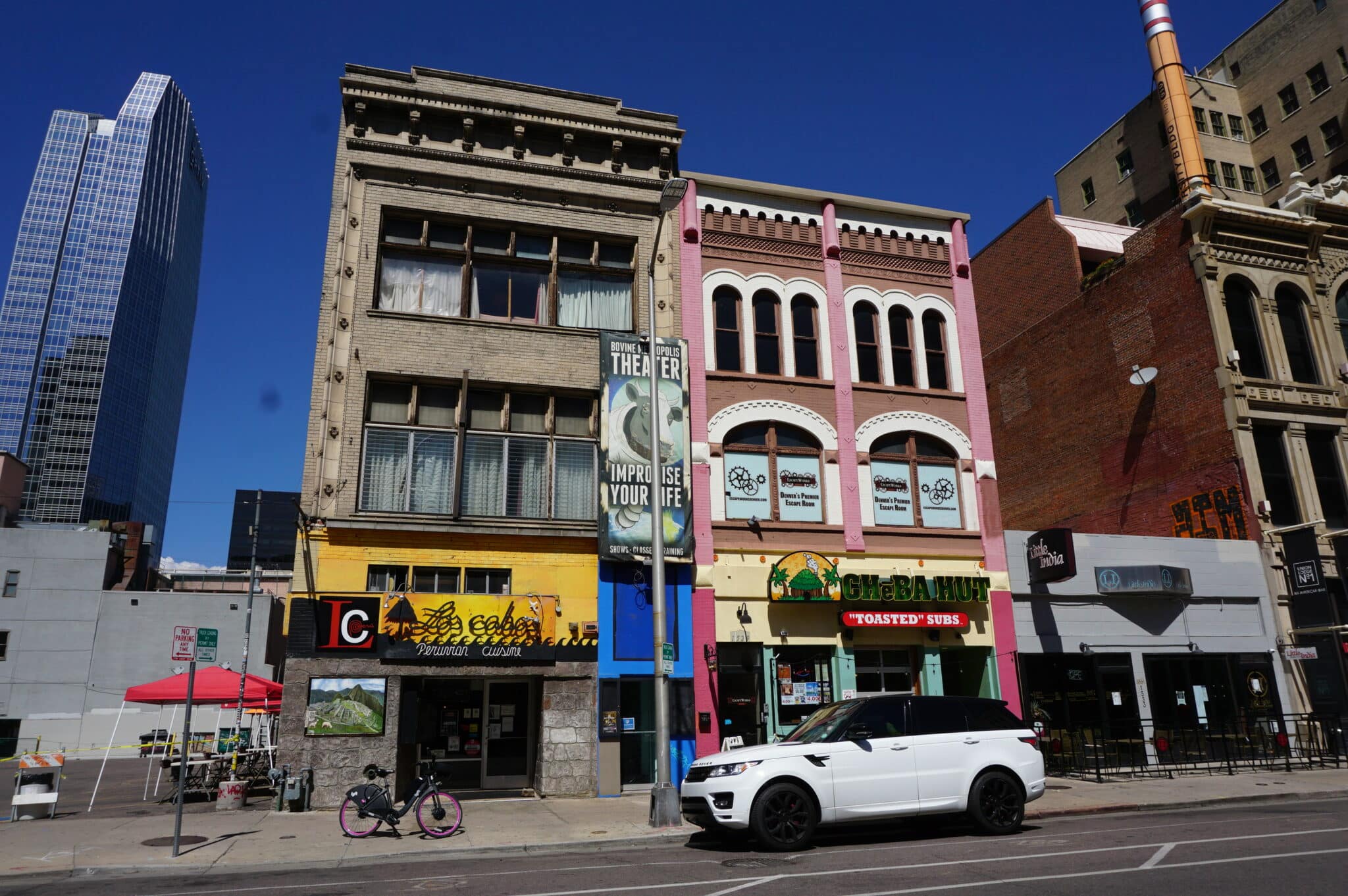 The Bovine Metropolis Theater originally opened in 2000 and hosted improv performances and classes for 20 years. But the pandemic shuttered its doors, and the landlord began looking for new owners to bring the laughter back to the theater.

Twarowski began performing at the venue with his rap improv troupe, known as Rap Scallions, in 2015 and Hall began shortly after in 2016 with his group called The Jester’s Court, hence the new name of the theater.

The two met at a local improv show that same year and, after Twarowski impressed Hall with a freestyle rap, there was no looking back. Over the years, they produced shows at Voodoo Comedy Playhouse, now known as Rise Comedy, and got to know Denver’s live entertainment scene.

“We had kind of taken a step back from comedy before the pandemic, and there was no way to get back into when it hit,” Twarowski said. “I figured there would probably be a lot of retail space for cheap afterward, so I approached Connor at the beginning of the year about finding a spot.”

Hall and Twarowski brought on three friends to bring their vision to life: Mitchel Myers, a local real estate agent and magician; Alec Story, who has worked with a number of local film production studios; and Wes Buthmann, a local stand-up comedian who has also helped open several dispensaries around town. 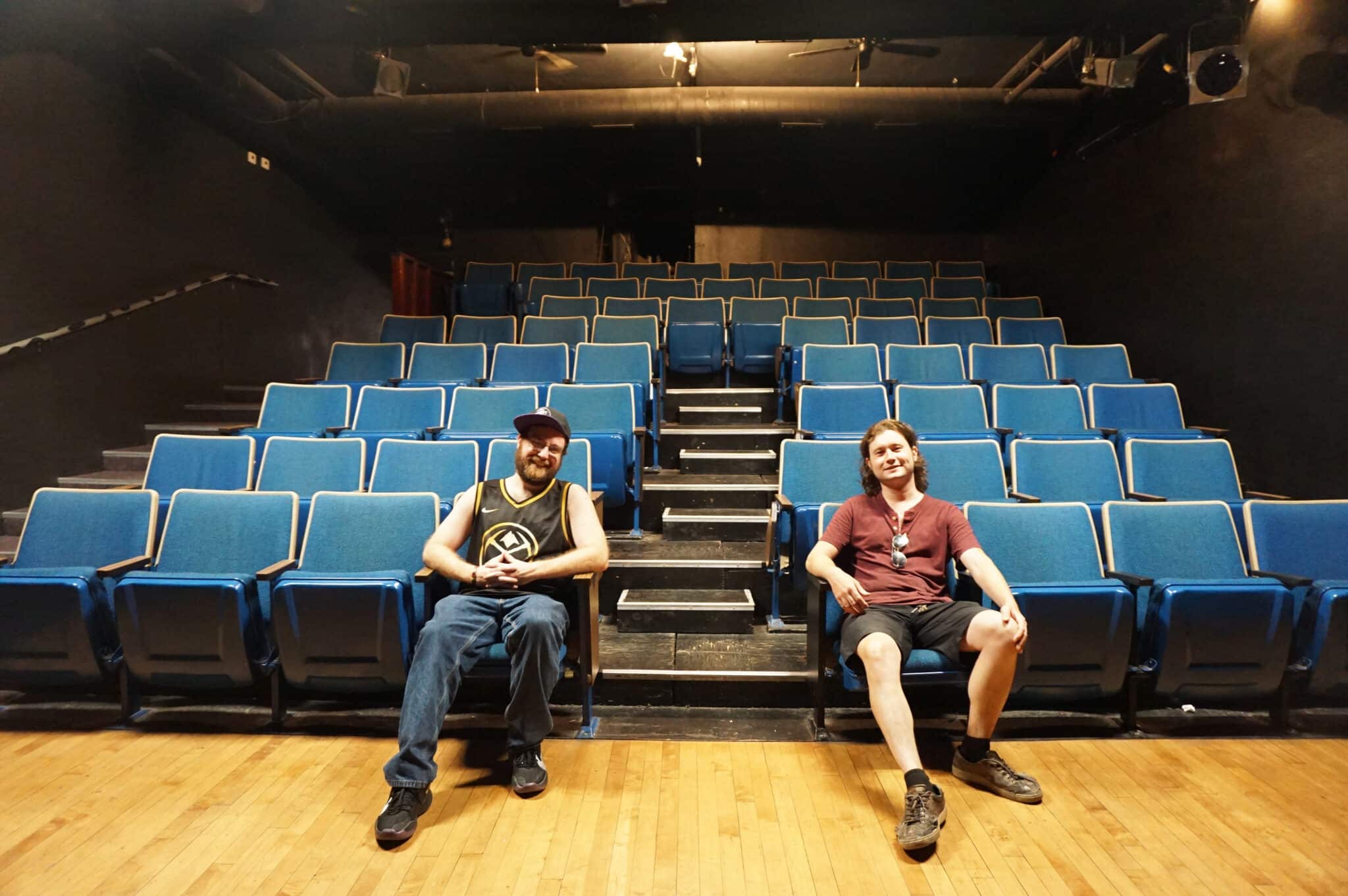 Twarowski and Hall hope to open The Jester’s Palace this fall after a quick renovation of the building.

The team signed a lease for the Champa Street building in July, and each member has contributed to funding the project.

They’re also trying to raise some outside cash. On Aug. 10, they launched a Kickstarter campaign to raise $5,000 toward renovations, including refinishing the wood floors, redoing the lights, painting the walls and updating the lobby area with a bar. As of Tuesday, they had raised $4,214 from 35 backers with 24 days to go.

“We had enough money to get what we needed done, but we really wanted to make sure we had enough to make it look nice and properly pay our performers,” Twarowski said. “This money will also help us take care of our producers in the beginning.”

The Jester’s Palace plans to pay performers between $50 to $100 upfront, as well as a cut of ticket sales and concessions. The venue will be open from 3 p.m. until around 11 p.m. on weekdays and until 2 a.m. on weekends. Earlier in the day, they hope to rent the space to people hosting things like dance classes.

“We hope to set a new bar in this town, where artists know that if they do good work for us that they will be compensated for it,” Twarowski said. “Almost everybody we know has had to take on some crappy part-time job in order to support the thing they love and do comedy at night. Wouldn’t it be great if doing comedy every night was your crappy part-time job? We want to make that happen for people.”

Connor Hall, left, and Paul Twarowski now own the theater that…