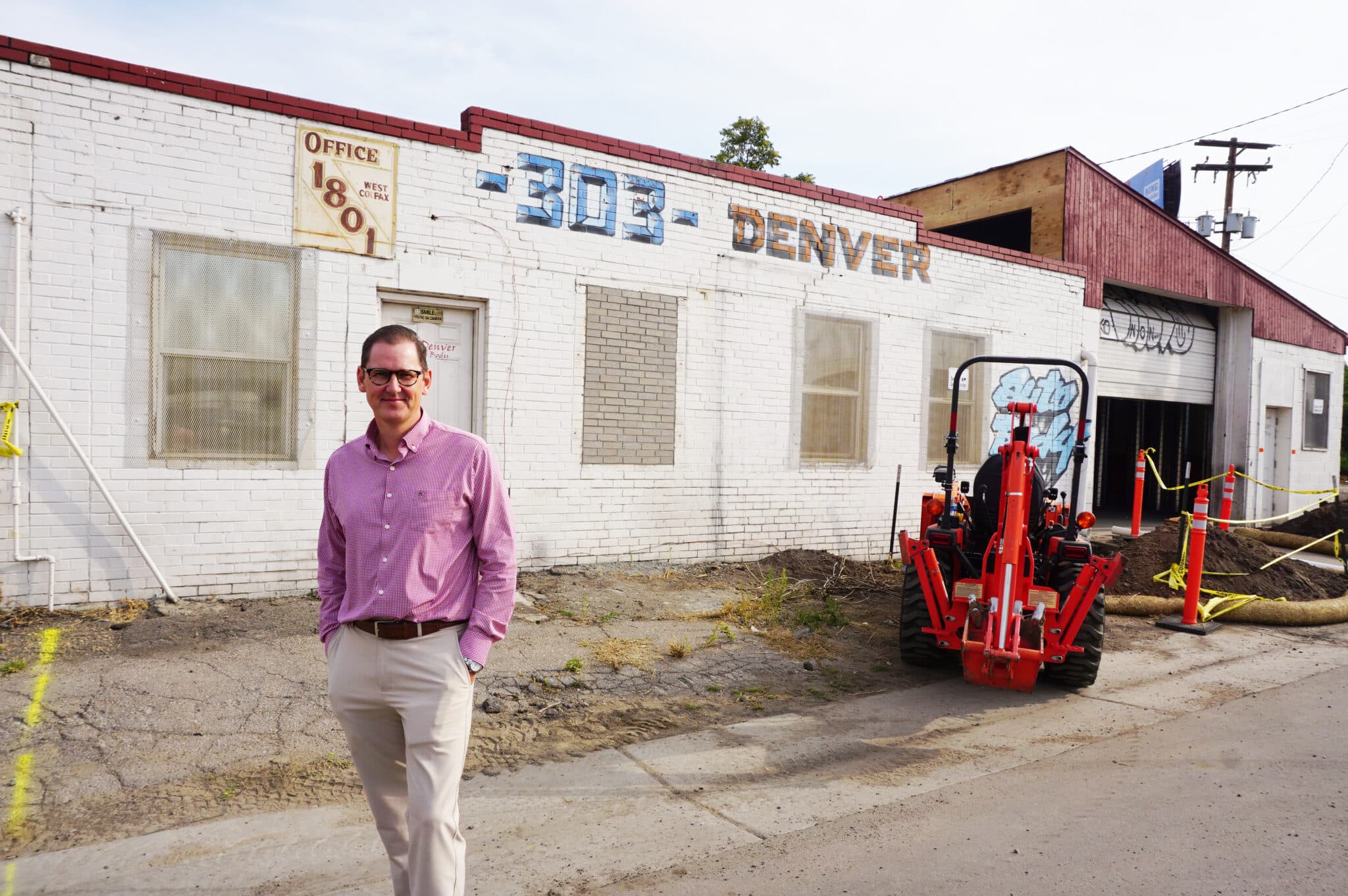 Alex Ringsby, founder of Ringsby Realty, is moving his firm to a new site on West Colfax Avenue tucked under I-25 near the railroad tracks. (Lily O’Neill photos)

Alex Ringsby is on the move.

Ringsby Realty, the firm he founded in 2002, listed its current office building at 1336 Glenarm Place for $3.45 million last week.

The firm bought the two-story, 6,250-square-foot building from the Colorado Press Association for $1.2 million in 2014, according to property records, and has occupied the second floor for the last six years.

Last month, the company began a $1 million redevelopment of its new office at 1801 W. Colfax Ave., tucked under the viaduct by I-25 near the railroad. Ringsby expects the project to be complete by January.

A rendering of the new office at 1801 W. Colfax Ave. (Courtesy of Chord Design Studio)

“We bought a scrapyard down there with a machine shop that we’re turning into our office,” Ringsby said. “The area’s ripe for growth, and we already own some other property in the neighborhood, so we’ve been keeping our eye on it.”

The firm has a team of eight and specializes in industrial, land and investment properties. Ringsby left Cushman & Wakefield to start Ringsby Realty nearly 20 years ago, according to the company’s website.

Ringsby Realty bought the 0.6-acre property for $720,000 last year, records show. The firm plans to extensively renovate the existing 3,500-square-foot building for its office and add grass and trees, a parking lot, a basketball court and an entertainment area for events. 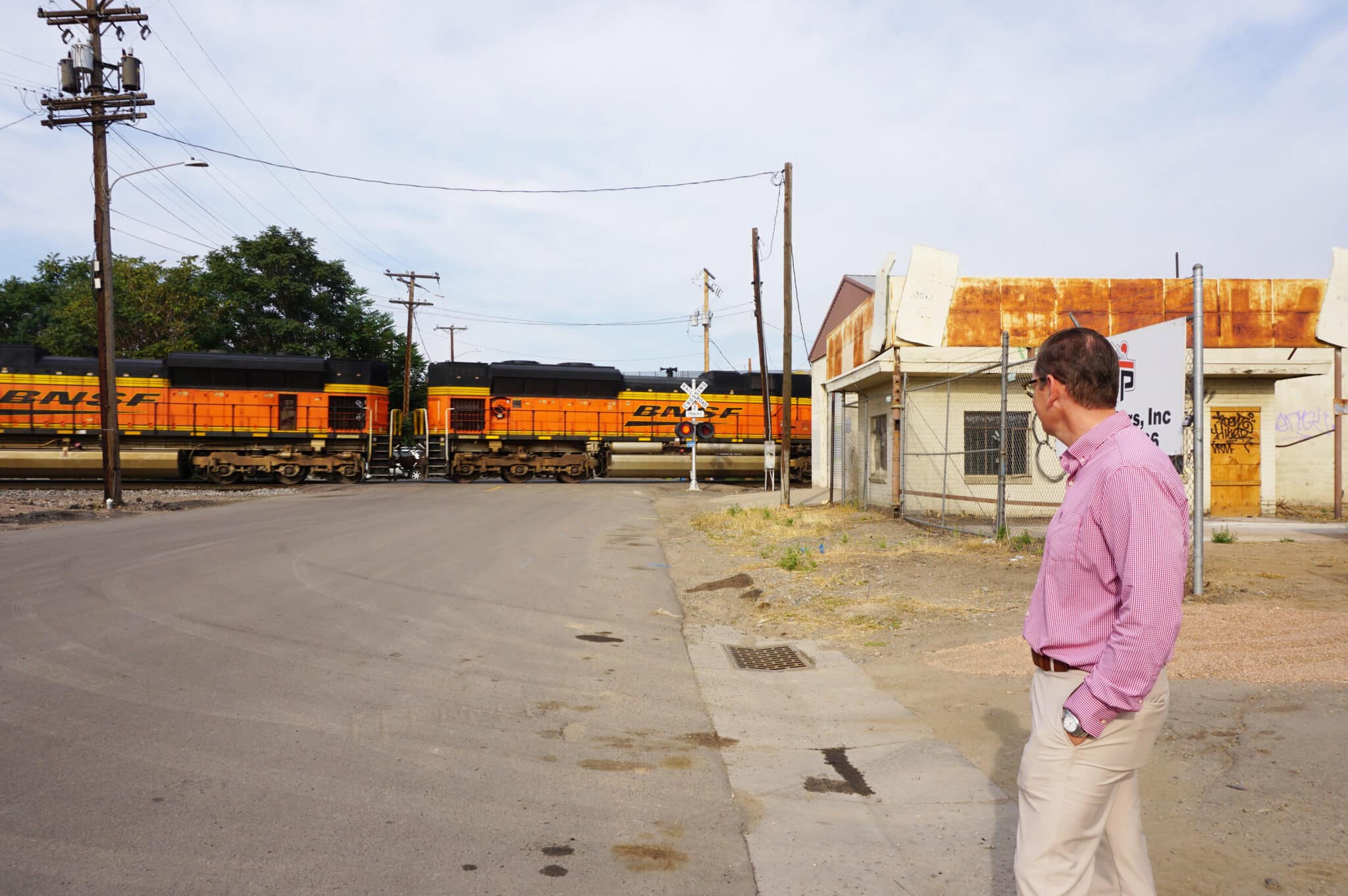 The firm’s new office sits next to the railroad tracks. Ringsby said they plan to include some soundproof additions to offset the noise.

“It’ll be a lot easier for our team to get in and out to the freeway from there,” Ringsby said. “We’re looking forward to the next chapter and hopefully having a bit more fun with a more interactive space for employees and customers.”

Ringsby said business, as well as its staff, has stayed consistent over the past few years. He’d like to add up to three people within a year.

Ringsby and colleague Scott Patterson are currently marketing the Park 76 project, a distribution center near the intersection of Havana Street and Interstate 76 in Commerce City, for lease. The 267,557-square-foot development consists of three buildings on a 20-acre infill site.

Alex Ringsby, founder of Ringsby Realty, is moving his firm to a new site on West Colfax Avenue tucked under I-25 near the railroad tracks. (Lily O’Neill photos)

It’ll be a lot easier for our team to get in and out to the freeway from there,” said founder Alex Ringsby of the 1801 W. Colfax Ave. location.