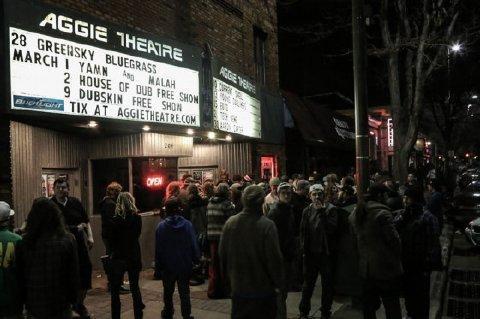 Boulder’s Fox Theatre and Boulder Theater, along with the Aggie Theatre in Fort Collins will soon begin requiring concert-goers to show proof of COVID-19 vaccination or a recent negative test.

Z2 Entertainment, which owns and operates the venues, will begin implementing the new requirement Aug. 7. The policy will be in place indefinitely.
Those who can’t or won’t show their vaccination card or a negative test that is less than 72 hours old can have the cost of their tickets refunded.
The company is also asking, but not requiring, guests to wear masks.

All venue employees are vaccinated and will wear masks.

The move is meant not only to provide community health benefits but also to keep the venues from going under, Z2 CEO Cheryl Liguori told BizWest.

“It would be catastrophic to have to go back to that,” she said of shutdowns or strict-social distancing requirements like those implemented last year.

The pandemic was particularly brutal for event venues, and Z2 was forced to lay off about 90% of its workforce. Only recently has Liguori been able to begin bringing some of them back.

“It was a bleak year,” she said. “Financially, it was very stressful.”

Summer is typically slower for indoor venues such as the Fox, Boulder and Aggie. But as September approaches, the busy concert season is close behind.

“We only have a couple of months to turn around the hospitalization and transmission rates, which have been increasing,” Liguori said. “… We have very little time to turn around this trajectory.”

The venues would be unlikely to survive another shutdown or capacity reduction, she said.

Social-distancing requirements during the height of the pandemic left the Boulder Theater, which has about 1,000 seats, able to seat only about 100 guests. That’s not nearly a big enough crowd to keep the lights on long term, Liguori said.

“Nobody would want to go to that … and it’s not sustainable by any measure,” she said of a one-tenth-full concert hall.

Liguori said the initial reaction to the new policy has been mostly positive, although there have been some ticket holders who have reached out for refunds.

Dakota Soifer, owner and chef at Cafe Aion, which was among Boulder County’s first businesses to require proof of vaccine, “reached out and said, ‘I’m so glad you’re doing this,’” Liguori said. “Quite a few of our staffers, when I emailed them about the new policies, emailed back and said, ‘Thank you for doing this.’”

Still, Liguori acknowledged there’s been “a little bit of blowback.”

“We’re willing to refund their ticket, and we hope they’ll be back when all of this COVID stuff is over,” she said.

Boulder’s Fox Theatre and Boulder Theater, along with the Aggie Theatre in Fort Collins will…