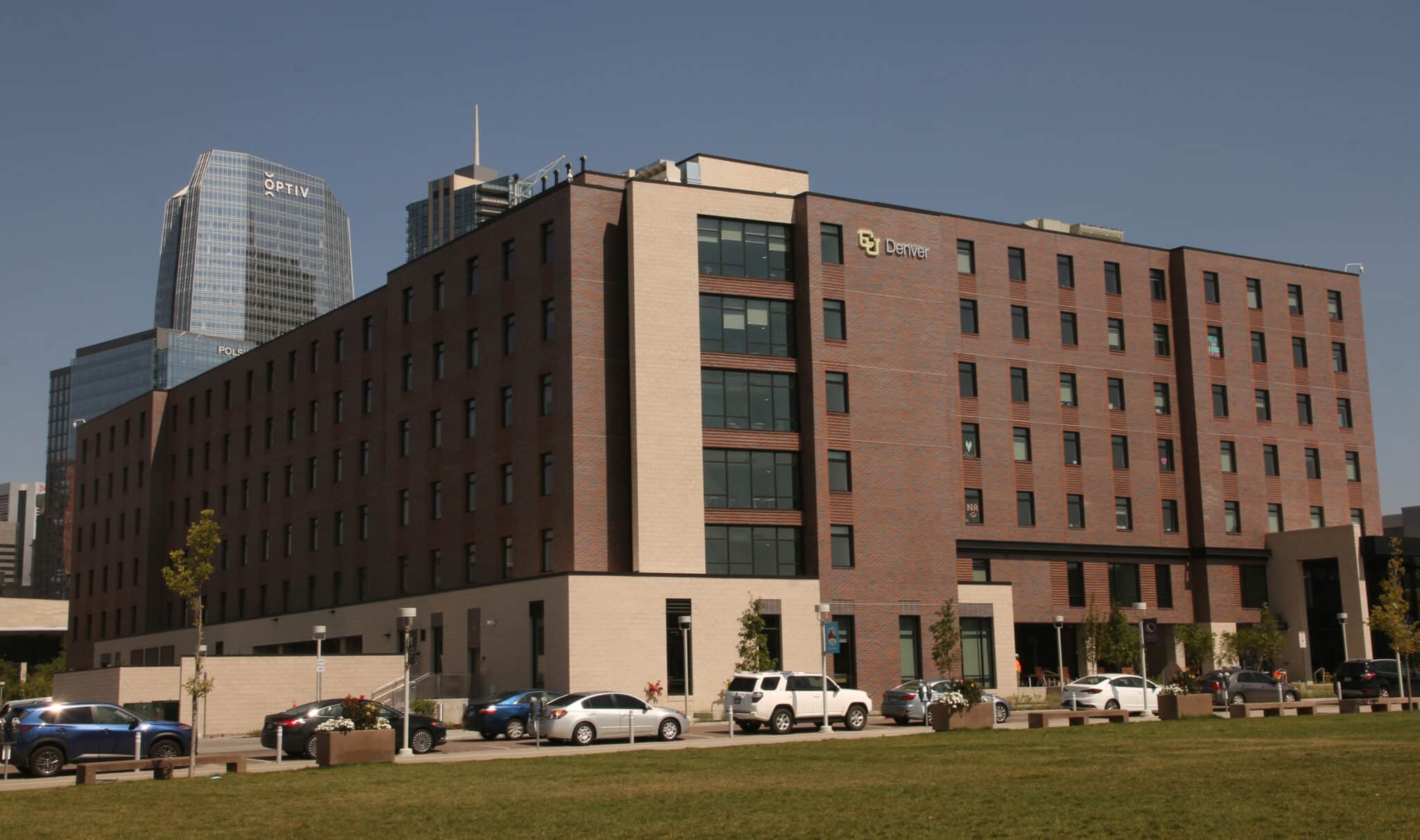 The University of Colorado Denver has a new on-campus dormitory that can house 555 students.

City Heights Residence Hall and Learning Commons opened Aug. 18 and is full, university officials said. The housing is the university’s first to be reserved for first-year students.

UCD officials said the approximately 182,000-square-foot building on the Auraria Campus cost $78.5 million, which is being paid for mostly through debt that will be paid off using revenue from housing and dining charges and some cash reserves.

The building was constructed by JE Dunn and designed by Stantec, and it is located just to the southwest of the UCD Student Commons Building, a block off Speer Boulevard.

“It’s important to create a place where students feel like they have a home neighborhood on campus,” said Dominic Weilminster, a principal with Stantec.

All rooms, except for a few reserved for resident assistants, have either two or three beds, and every other floor has a small lounge, communal study spaces and common areas with a kitchenette.

On the first floor of the north wing of the building, there is a dining hall that is open to students, faculty and staff. Included in the Learning Commons is a math lab, a writing center, a student assistance office and other facilities.

A UCD student club maintains beehives and planters on a portion of the roof of City Heights.

Meg Schubert Allen, an architect with Stantec, said the building needed to be completed before the fall semester began and that the project was on “a pretty tight timeline.”

“The challenge of day one … was we needed to create an affordable housing option for students on campus, so that means students can rent rooms in the City Heights below market,” Schubert Allen said.

Schubert Allen said some studies from colleges across the nation have shown first-year students who live on campus tend to stay in college longer.

“We knew this was a really critical community building space for these first-year students to kind of set them up for the rest of their college career,” she said.

UCD officials said they do not have any plans at this time to construct additional student housing.

There is another dormitory where students from UCD, Metro State University and Community College of Denver can live called Lynx Crossing, which is located on the west side of the campus.