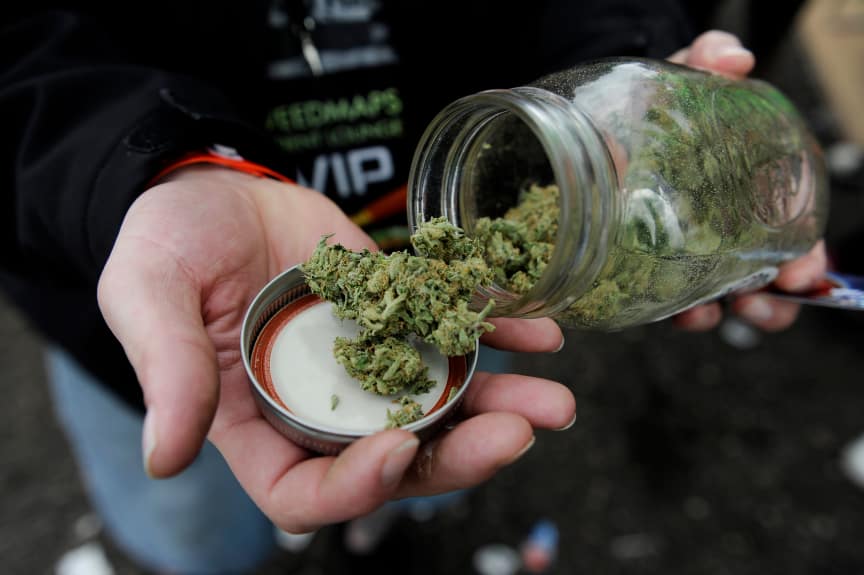 Denver’s Department of Excise and Licenses has proposed new security requirements for cannabis dispensaries after an increase in burglaries. (Photo by Seth McConnell/The Denver Post)

When Denver overhauled its cannabis ordinance this spring, it gave authority to the Department of Excise and Licenses to develop rules for safe storage of cannabis and drive-thru windows at dispensaries.

The proposed rules must be enacted by the start of 2022, according to the ordinance.

The proposed rules would require dispensaries to have at least one safe for cannabis and cash that is secured to the building and located in an area with little access. Products that need to be frozen or refrigerated also must be locked up.

For dispensaries that do not have room for a safe, they would have to install a number of alternative security measures, including guard posts to keep cars from smashing the building, bulletproof or secure glass, live remote monitoring of video surveillance of the facility with loudspeakers and alarm systems with sirens and strobe lights.

For service windows, dispensaries would be required to provide a handheld menu to customers and not have a list of products displayed outside.

There will be an online hearing on the proposed rules at 9 a.m. Sept. 10 where people can give feedback.

Eric Escudero, a spokesman for Excise and Licenses, told BusinessDen there are no current safe storage rules in Denver nor in Colorado cannabis law.

“A key element is that we continually take steps to prevent marijuana-related crime and youth access,” Escudero said. “We’re always eager to apply enhancements and regulations that support our public safety mission.”

Escudero said the rules were created with input from the Denver Police Department and representatives from the cannabis industry.

“We wanted to examine the challenges that come with (smaller) marijuana facilities, and some of them showed us that they don’t have the room to put in a safe,” Escudero said. “We don’t want to make this a regulatory burden, but we need to make these places a harder target.”

Escudero said Excise and Licenses will release an updated version of the annual marijuana report in a few weeks with data provided by DPD on marijuana-related crime from last year, which he said includes an increase of robberies at the businesses.

According to the latest report, there were 213 crimes at cannabis dispensaries in 2019, and burglary or attempted burglary made up 57 percent of those crimes.

To receive the link to the meeting, contact marijuanainfo@denvergov.org.

Denver’s Department of Excise and Licenses has proposed new security requirements for cannabis dispensaries after an increase in burglaries. (Photo by Seth McConnell/The Denver Post)

“We don’t want to make this a regulatory burden, but we need to make these places a harder target,” said a Denver spokesman.