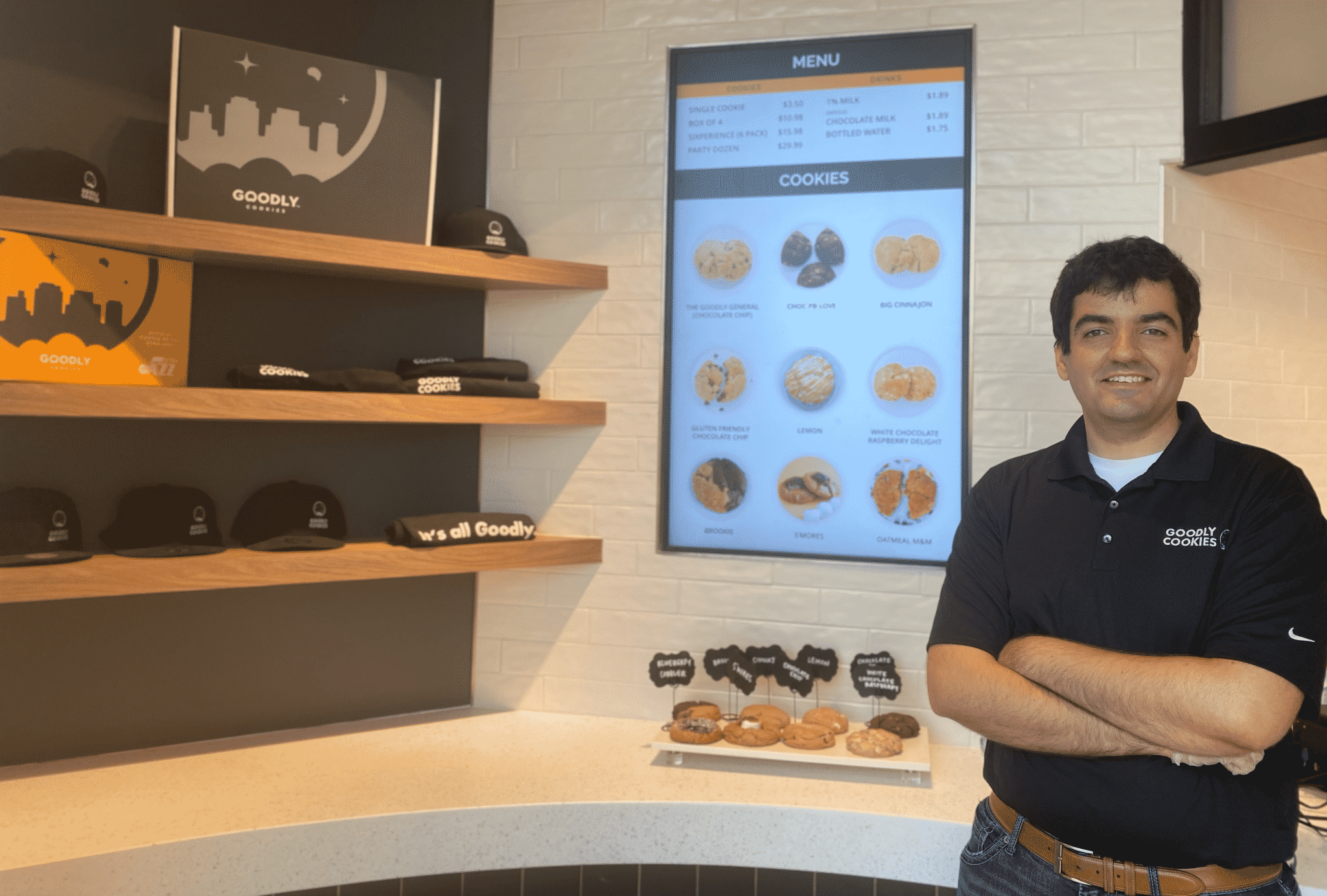 Goodly Cookies Owner Mark Suleiman plans to open a shop on the ground floor of The Coloradan next year. (Photos courtesy of Goodly Cookies)

The Coloradan condo building has locked in a sweet new tenant.

Utah-based Goodly Cookies plans to open its first Colorado location in the first quarter of 2022 in 1,400 square feet on the ground floor of the building, which overlooks Union Station at 1750 Wewatta St.

“We knew we wanted to be at The Coloradan and this part of downtown,” said Goodly Cookies owner Mark Suleiman. “This is the place to be with a lot of great rooftops, high rises and new developments, and we’re excited to be a part of the new look of downtown Denver.”

Goodly Cookies sells freshly baked cookies in 6 oz. and 3 oz. sizes with a rotating flavor every Monday and mainstays such as the “Brookie” (half-brownie, half-cookie) and “Big CinnaJon” (a snickerdoodle with homemade cinnamon chips). There are also gluten-free options. Its usual hours are noon to 11 p.m.

The cookie shop chain was launched by Brandon Plewe and Clay Rockwood in Salt Lake City in 2017.

In November 2020, Suleiman purchased the business from the original co-founders after their side hustle became too much to handle. Suleiman is an investor who owns Suleiman Holdings in Lincoln, Nebraska.

He was visiting a friend in Utah when he came across Goodly Cookies and was drawn to the hearty, gooey products.

“I was intrigued by how everything is done in-house, by hand daily and with a different eye and attention to detail,” Suleiman said. 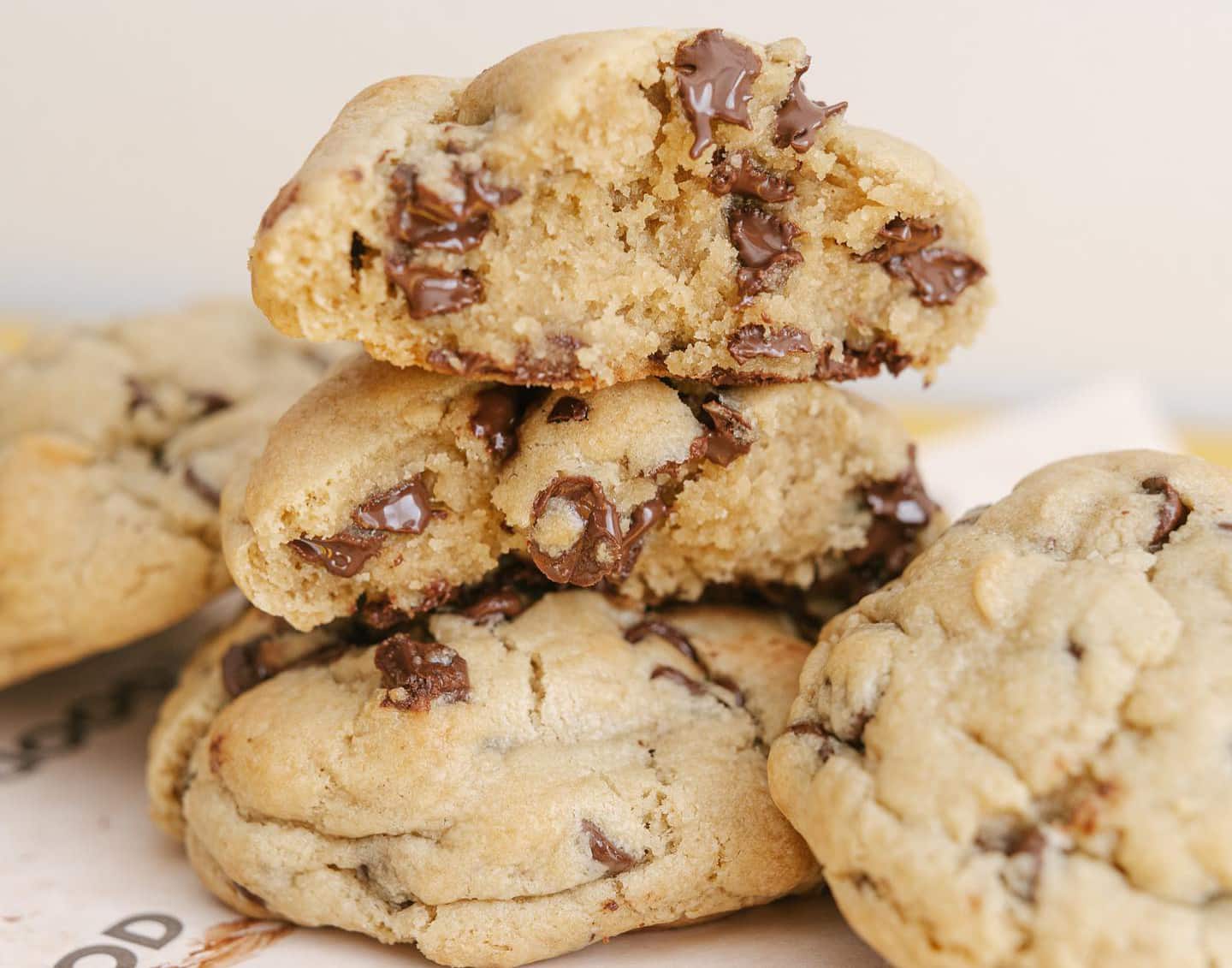 Suleiman had already diversified his real estate investment portfolio into the restaurant industry in 2016, when he purchased Tasty Burger, “the official burger of the Boston Red Sox.”

Since purchasing Goodly Cookies, he’s made it “the official cookie of the Utah Jazz.” He opened locations in Provo, Utah, and Omaha, Nebraska earlier this year, and expects to open a fourth location in Lincoln, Nebraska next month.

“Since we’re so close to Coors Field and have worked with the MLB before, we hope to eventually connect with the Rockies and open up within there as well,” Suleiman said.

As a Nebraska native, Denver was the largest metro Suleiman visited growing up. So, he wanted it to be the first large market for Goodly Cookies to enter.

Suleiman signed a lease for the space in May, and Lara Silversmith with Legend Partners represented the company in the deal. The 19-story condo building was developed by Denver-based East West Partners in 2019.

In the near future, Suleiman said, he wants to open shops in Boulder and Beaver Creek, as well as a second Denver location. He also hopes to franchise the business.

“We’re willing to take it anywhere people would like to have us,” he said.

Goodly Cookies Owner Mark Suleiman plans to open a shop on the ground floor of The Coloradan next year. (Photos courtesy of Goodly Cookies)

Goodly Cookies, a Utah-based chain, will open its first Colorado store at 1750 Wewatta St. in The Coloradan condo building.