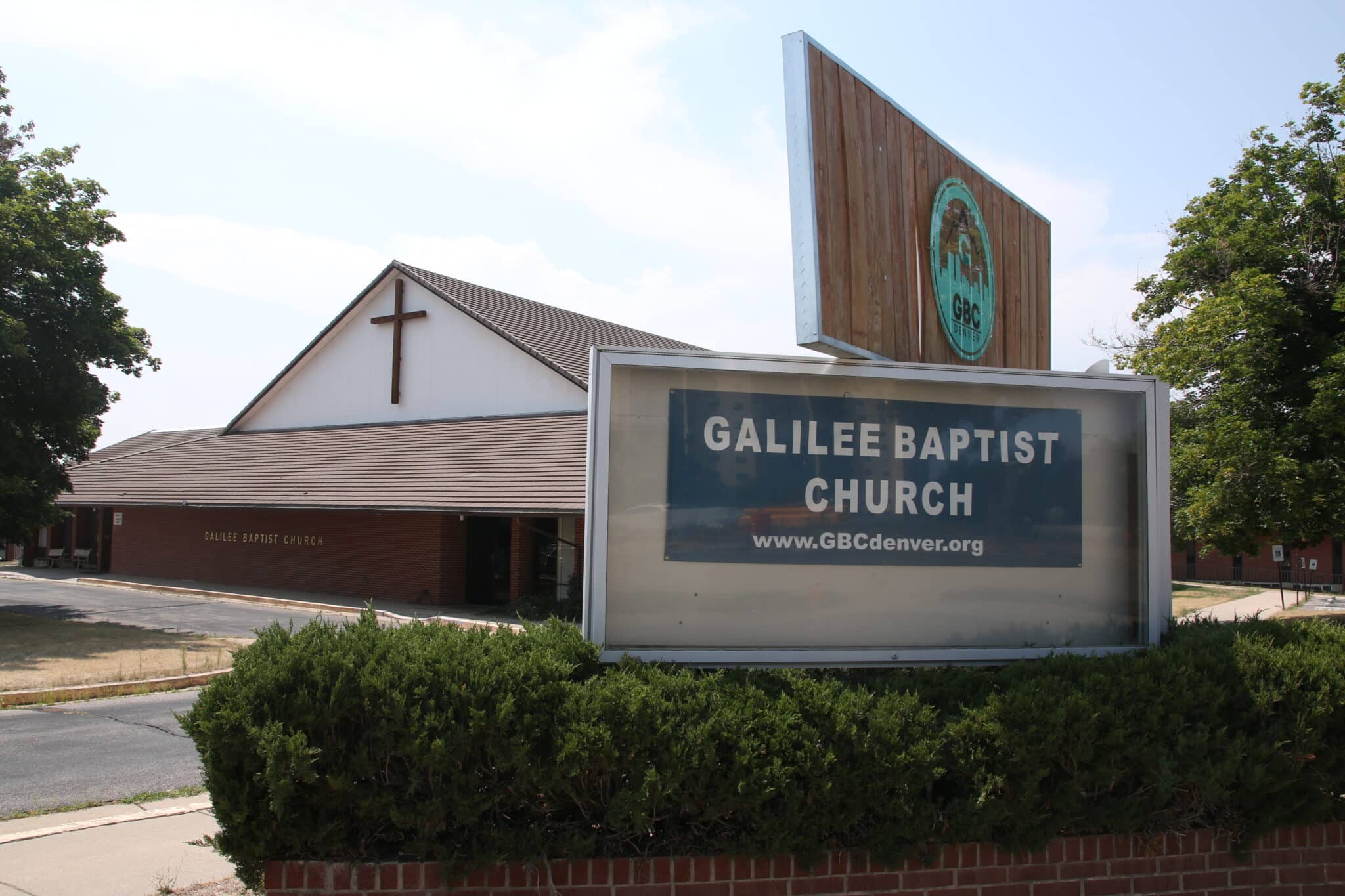 The Galilee Baptist Church, at 1091 S. Parker Road and 7400 E. Mississippi Ave., is slated to be demolished and redeveloped as a three-building apartment complex. (Eric Heinz photo)

Three apartment buildings with a total of 220 units could replace a 54-year-old church in the Windsor neighborhood, as the congregants are looking to relocate.

Galilee Baptist Church is at 1091 S. Parker Road and 7400 E. Mississippi Ave. on a lot that is about three and a half acres.

MGL Partners has applied for the lot to be rezoned, and a certificate of demolition for the church has already been issued, according to city records.

“The current use is a church building, which has not been able to be redeveloped despite the best efforts of the congregation,” MGL stated in its zoning application. “The congregation wishes to relocate to an area where a greater concentration of its members reside.”

MGL is a senior living and multifamily development company based in Denver. It has constructed buildings such as The Carillon at Belleview Station, which has 163 units for independent living, assisted living and memory care services. It also developed The Amaranth near the Denver Botanic Gardens, which has 156 units.

Renderings submitted to the city show the complex will have a pool, a 10,000-square-foot clubhouse and an area for amenities, but the plans could change through the design review process, city officials said.

According to a report submitted to a Denver City Council committee, MGL has established an agreement with the city’s Department of Housing Stability to restrict 15 percent of the units to those making 80 percent of the area median income.

That agreement, MGL stated, would be finalized before the council hearing on Aug. 30, when the zoning could be approved.

Kent Heckaman, a development partner with MGL, said the project is in a “very early stage,” but the company is under contract with the church to buy the land.

The zoning change that’s being requested would allow for the buildings to be five stories tall, although Heckaman said it’s more likely the complex would be three or four stories.

“We build all different types of products, but it’s site-driven and based on what the land looks like,” Heckaman said.

In public comments, residents expressed concerns about traffic with the possible addition of hundreds of new people in their neighborhood. MGL stated that it will work with Denver officials and host meetings about potential traffic issues.

According to the application, MGL said the property is located on a “major corridor” near high-density residential buildings, but there are ways reduce traffic effects on Parker Road.

Santulan Architecture is the applicant for the design plans and The Pachner Company is listed as the engineering consultant for the project.

The Galilee Baptist Church, at 1091 S. Parker Road and 7400 E. Mississippi Ave., is slated to be demolished and redeveloped as a three-building apartment complex. (Eric Heinz photo)

Developers submitted plans for three buildings with a total of 220 units, some of which could be income restricted, and requested rezoning.