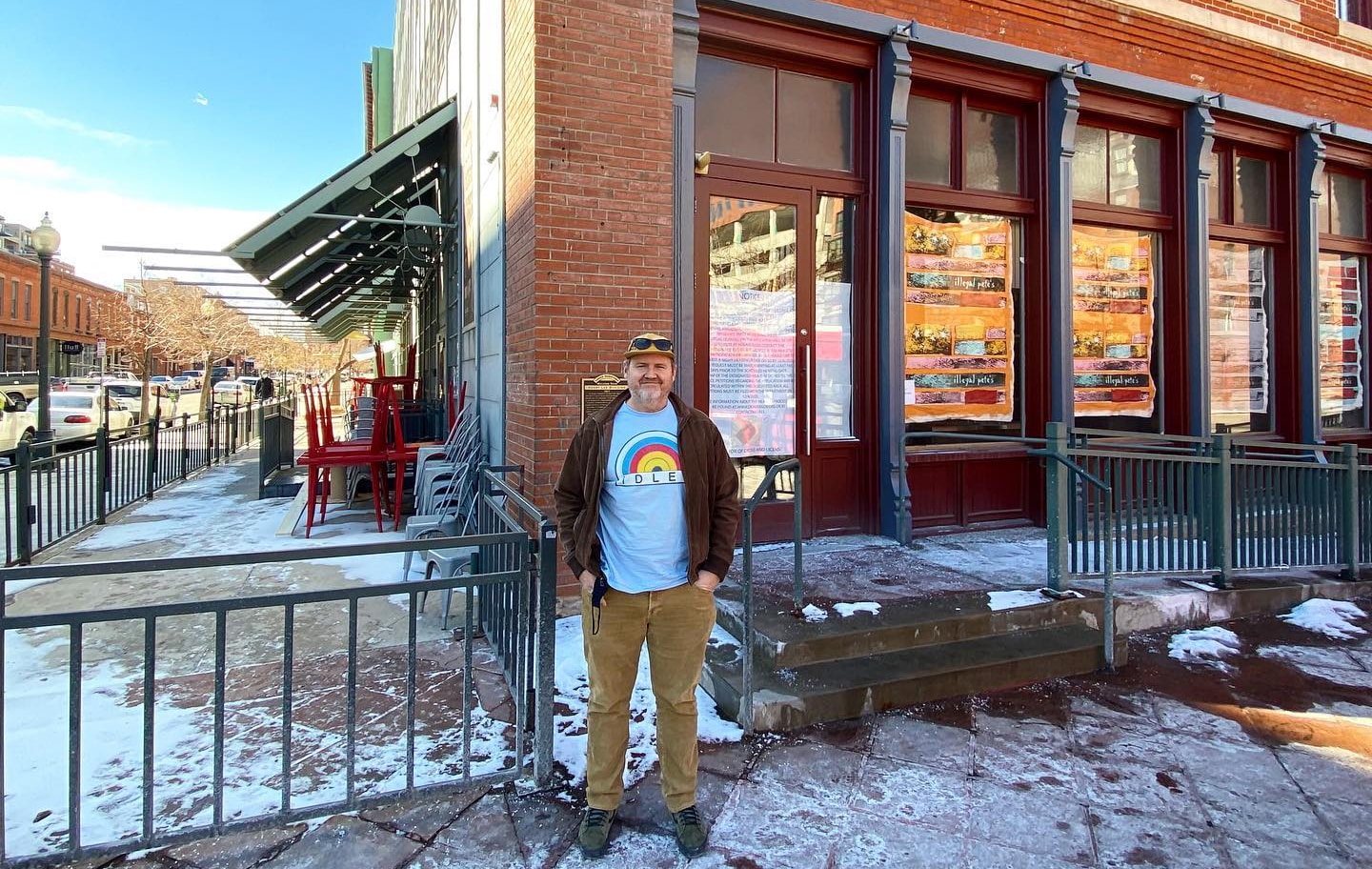 When the Breckenridge-Wynkoop Restaurant Group constructed makeshift patios to safely serve customers in its restaurants during the pandemic, it wasn’t necessarily thinking long-term.

But about 18 months into the pandemic, with the Delta variant surging, the company behind Cherry Cricket, Wynkoop Brewing Co. and Ale House at Amato’s is planning improvements to extend the life of its socially-distanced outdoor spaces.

The company is covering the cost with federal funding designated specifically for food and beverage establishments. Breckenridge-Wynkoop LLC received $10 million in June from the Restaurant Revitalization Fund program, tying with Illegal Pete’s as the top local recipient of the cash. The money will also be used for payroll.

“This funding is a game-changer for us,” said Alex Bunn, the company’s director of marketing.

“As the restaurant industry continues to face so much uncertainty, this funding means some security for our team. It also means we can expand and improve our outdoor dining spaces, which many still feel is the safer way to dine out.”

About 400 eateries in the Denver area received funding a total of $176 million starting this spring, in amounts ranging from $1,900 to $10 million, according to data released by the U.S. Small Business Administration.

The 10 entities in Denver that received the most funding were:

Illegal Pete’s founder Pete Turner said the $10 million his company received will primarily go toward hiring and maintaining its employees’ $15 minimum wage. Revenue was down 50 percent from July 2019 to July 2020, making it difficult to maintain the company’s “Living Wage Initiative.”

“Obviously our industry and a lot of industries have been really challenged with labor shortages,” Turner said. “And while it is more challenging than usual for us, we are using this funding to continue investing in our employees and continue with wage increases.”

Illegal Pete’s will also use about 10 percent of the funds to replace indoor and outdoor dining furniture and upgrade its kitchen equipment in some locations, Turner said. 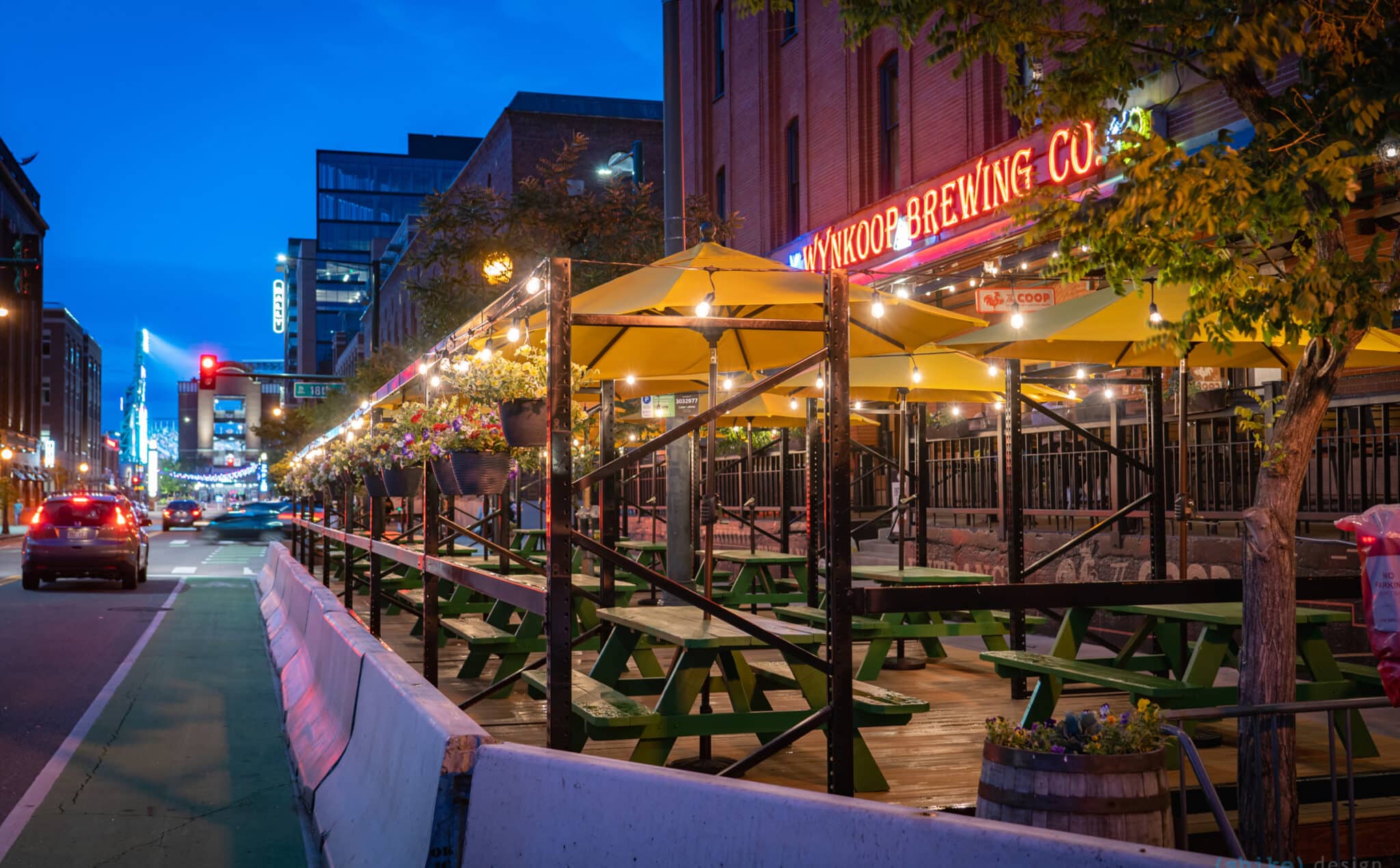 Breckenridge-Wynkoop LLC is using its $10 million in federal funds to upgrade its once makeshift patios to continue providing socially-distanced dining to customers. (Courtesy of Katy Jo Caringer/KJ Studios)

Observ Inc., a Denver-based company that runs food operations in 19 major league sports and music stadiums and arenas including Coors Field, Empower Field at Mile High and Ball Arena, is using the federal funding to rebound after a year of canceled live sporting and music events.

The $5 million Observ received in RRF funds will go toward rebuilding the company’s financial reserves and covering general payroll and operation expenses, said Graham Mitchell, company controller.“After sporting and music events nationwide were shut down in March of 2020, Observ Inc. effectively had zero business and earned no income for more than 12 consecutive months,” Mitchell said in an email to BusinessDen. “Keeping the business afloat, including continuing to pay full salaries to our management and operations staff during this time, saw the company’s financial reserves totally depleted.”

The funding will help the company rehire employees, as well as stock and maintain the stands it runs. Mitchell said that with a new rise in COVID cases as the Delta variant spreads across the country, the funds will also help “weather the storm” if live events are canceled again.

Denver Milk Market, which opened in June 2018, nearly closed for good during the pandemic, said President Nick Gray. Without the $3.68 million it received in RRF, it would not be able to employ people, pay rent or maintain the restaurants that are in the Milk Market.

Around 200 people were employed at the Milk Market before the pandemic, and now it employs about 100, Gray said.

“We would not still be here without these funds,” he said.

The Milk Market is hoping to hire more people with the funds it received, but primarily will use it to pay rent and purchase cleaning supplies and to-go containers. Gray said the market plans to explore new services for customers, including cooking classes or wine classes, but will need to hire more employees to make those things happen.

“We’ve always had great ideas to do more with the market, and we were getting to that point before the pandemic,” Gray said. “If 200 employees is what it took before, then we’re looking for around that number again.”

Businesses have until March 11, 2023 to use the funds. During that time, the restaurants and other eateries can use the funds to cover rent, payroll costs, mortgages, outdoor seating construction, business supplies, maintenance expenditures and more, according to the Small Business Administration.

Viewhouse Corp. and Brooklyn’s at the Pepsi Center declined to comment on the funds they received. Representatives from REGO Restaurant Group (Quiznos’ parent company), Rhein Haus, Etai’s Catering and Elway’s did not respond to requests for comment by presstime.

For a full list of entities with a local address that received funds, view the spreadsheet at this link.

Illegal Pete’s and the parent company of the Cherry Cricket and Wynkoop Brewing topped the list of 400 local recipients with $10 million each.