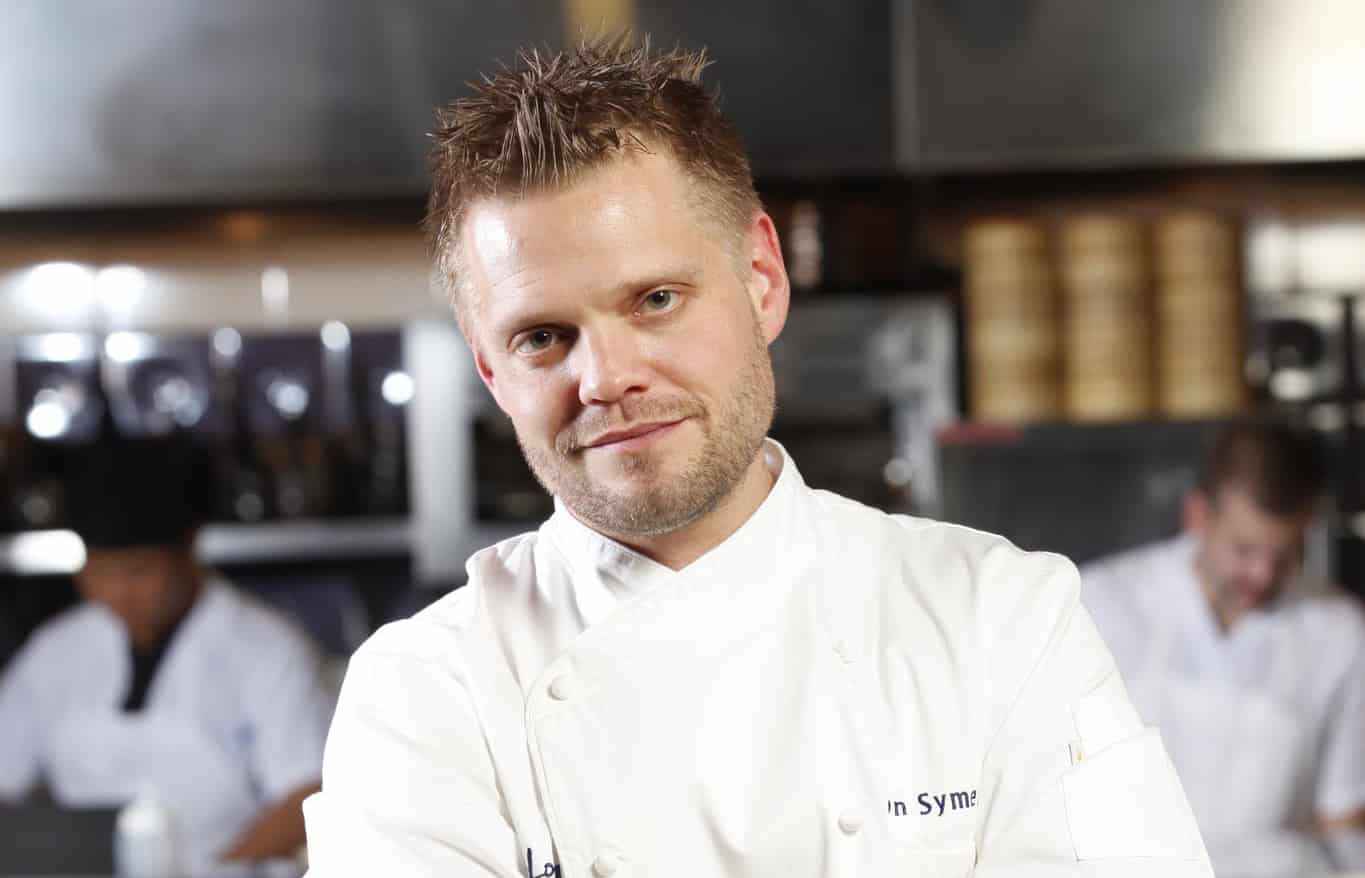 ChoLon Modern Asian co-owner and chef Lon Symensma is opening another location in the Lakehouse, which he said is “upping the ante for what high-end living in Denver is all about.” (Photos courtesy of ChoLon)

The local Asian bistro, which first opened downtown at 2555 Blake St. in 2010, plans to open another location in the summer of 2022 on the ground floor of the 12-story Lakehouse condo building at 4200 W. 17th Ave., right across the street from the park.

“When we opened ChoLon downtown 11 years ago, the SugarCube Building we’re in was state-of-the-art and winning awards for green technology,” said co-owner and Chef Lon Symensma. “The owner Grant McCargo really invested a lot of time and effort in making sure that building was putting downtown Denver on the map and setting the pace for a lot of what Denver turned into in that area.”

He added, “Fast forward to now, and I feel Lakehouse is doing the same thing — upping the ante for what high-end living in Denver is all about.” 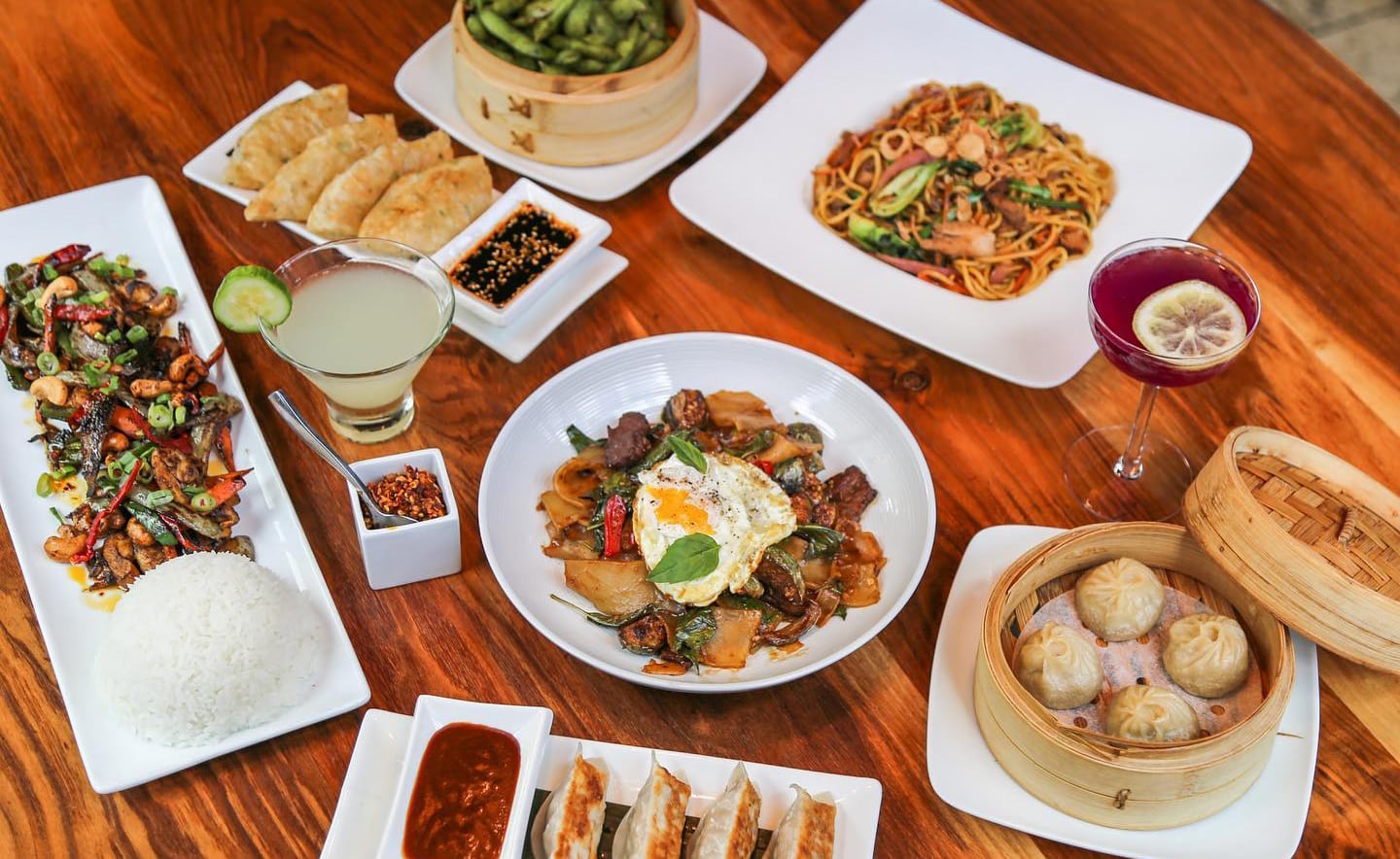 ChoLon has two other locations, one that opened downtown in 2010 and another in Central Park that opened in 2019.

The partners also own two more concepts in the SugarCube Building: LeRoux, a French restaurant that grew out of Avanti into its own brick-and-mortar in 2019, and YumCha, a dumpling and noodle bar previously known as Cho77, which reopened in June.

In 2019, Symensma and Davis-Massey also opened a second ChoLon location in Central Park in place of their New American restaurant, Concourse Restaurant Moderne, which they closed that year after two years in the Eastbridge Town Center shopping center.

“ChoLon certainly wasn’t a home run right off the bat,” Symensma said. “There were a lot of steak houses and farm-to-table restaurants, and I showed up and started doing family style Asian food, which threw people for a loop. But people slowly started to accept it and embrace it. Walking around the dining room, I heard people talking about the food and the experience instead of politics and religion.”

The ChoLon owners signed a lease for the 3,600-square-foot space on the ground floor of Lakehouse this month. David Dobek, Sean Kulzer and Mike DePalma with SullivanHayes brokered the deal.

In addition to ChoLon, Symensma said he plans to add another new, smaller concept within a third of the space, but he said he wasn’t ready to disclose more details. 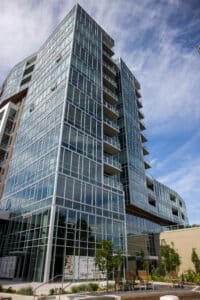 Lakehouse has 196 residential units, 70 percent of which have already sold. (Courtesy of Lakehouse)

Lakehouse was completed by NAVA last year and features condos and rowhomes ranging from $549,000 to $1.675 million. NAVA Acquisitions Manager James Levy said 70 percent of the 196 units have been sold.

Lakehouse amenities include large windows for natural light, garden on the rooftop, a bike and ski tune-up studio and a 26,000-square-foot terrace with a pool and lounge/bar.

“I’m looking forward to taking advantage of the rooftop garden and the hot tub,” Symensma said.

“And I can’t wait to be able to paddleboard across the lake to get to work,” added David-Massey, who lives in the Sloan’s Lake neighborhood.

ChoLon Modern Asian co-owner and chef Lon Symensma is opening another location in the Lakehouse, which he said is “upping the ante for what high-end living in Denver is all about.” (Photos courtesy of ChoLon)

The bistro opened downtown in 2010, and added a second spot in Central Park in 2019.