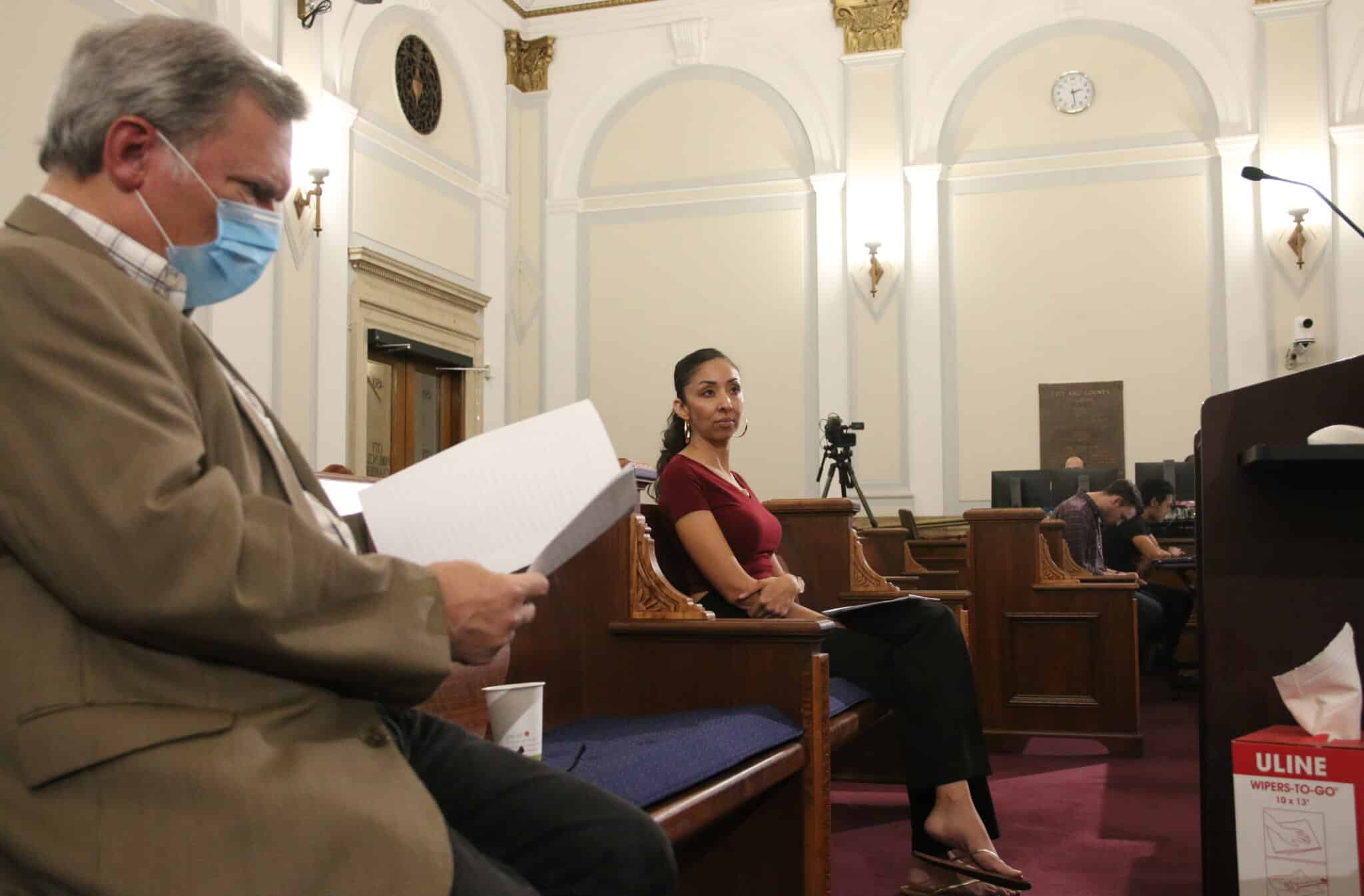 Denver voters may decide how their elections and government are shaped for the foreseeable future in November.

A City Council committee Tuesday voted to forward two ballot measures to be considered during the special election this fall — whether to get rid of at-large council seats and create 13 districts and whether to move the municipal election up from May to April.

The full City Council has until Aug. 30 to decide whether it will place the measures on the ballot. Both ballot measure proposals will next be heard at the mayor-council meeting Aug. 17.

Councilwoman Candi CdeBaca is spearheading the effort to get rid of the at-large positions because they do not represent specific areas of the city.

She also said because Denver’s population has grown by about 130,000 people in the last decade, council members are responsible for more people.

CdeBaca presented a chart that showed the average council district now has about 66,000 residents — with about 76,000 residents in hers — but by making the at-large seats their own districts, each council member would be responsible for about 56,000.

“Research shows that at-large systems dilute the votes of people of color and other minorities,” CdeBaca said during the meeting. “There have been numerous cases in which the Department of Justice and the federal courts have found at-large voting districts to be racially discriminatory under the Voting Rights Act.”

Councilman Kevin Flynn is supporting CdeBaca’s effort. He said during the Tuesday meeting that there was a significant “undervote,” or ballots where people did not choose any candidate, in the last election for at-large seats compared to the undercount in the mayor’s race.

Both Councilwomen Robin Kniech and Deborah Ortega, the at-large representatives, will be termed out by the next municipal election in 2023, but they made arguments as to why at-large seats are important for the city. 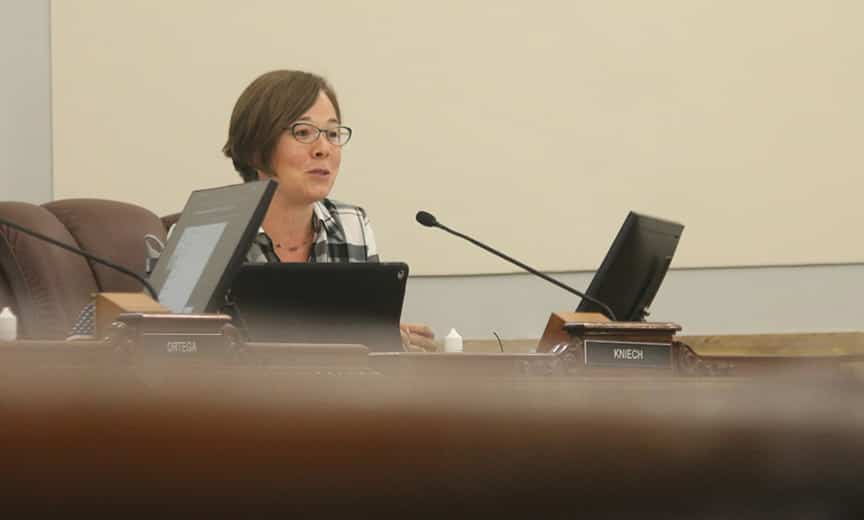 Councilwoman Robin Kniech, one of the two at-large Denver council members, argued that keeping at-large positions are beneficial to the whole city.

Both said they can help residents whose issues are not addressed by the council member of their district. Kniech also pushed back on the claim that at-large seats disenfranchise people of color.

“Today’s presentation was markedly more about politics, honestly, than it was about a service to district seats,” Kniech said. “We have an average of between two and six council district seats that go unchallenged in every election cycle … so, if we’re concerned about competitive council districts, the situation is more systemic and goes deeper than just these two seats.”

Councilman Jolon Clark said this proposal was not in response to the way the current at-large councilwomen have represented the city. Rather, he said, it is a better way to move forward.

“I really feel that smaller geographic areas of representation … provide so many benefits for our constituents,” Clark said, adding it’s going to be difficult to create areas with a smaller number of constituents during the redistricting process.

The City Council has already established a redistricting process, chaired by Councilwoman Amanda Sandoval, to develop new council boundaries by 2022. Usually this process takes place every 10 years with the new district maps coming out the year after, but the COVID-19 pandemic delayed the processing of census data. 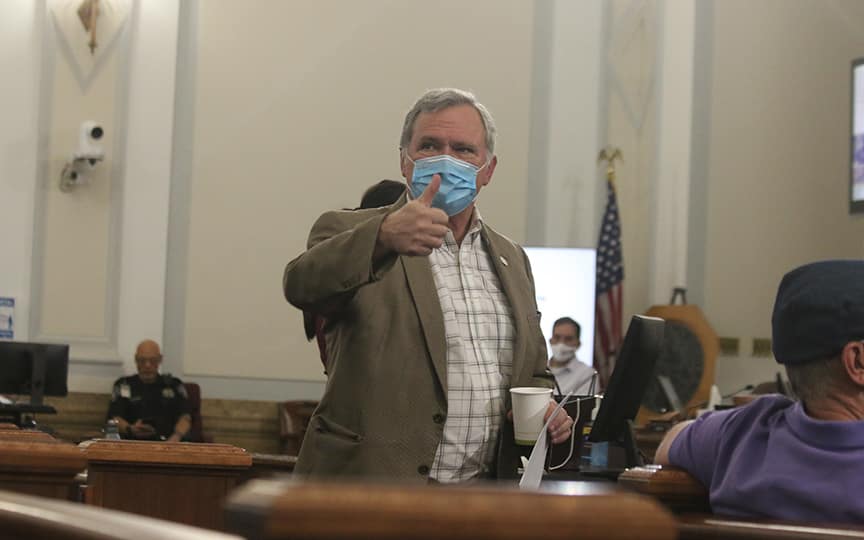 Councilman Kevin Flynn gives a thumbs up after a Denver committee forwarded a proposal to move municipal elections from May to April. The City Council will decide whether to put the measure on the November ballot.

Flynn is the main proponent of changing municipal elections from May to April, after the city narrowly missed its timeline to provide run-off ballots to members of the military overseas and out-of-state voters registered in Denver during the 2019 election.

“Most importantly, (moving the date) preserves the charter requirement that all elected officials, except two at-large council members, must be elected by … a majority of the votes cast,” Flynn said.

Flynn’s effort is in response to a movement to change Denver elections from plurality voting — one person, one vote — to ranked-choice voting, which would allow voters to rank the candidates and the candidate with the best aggregate vote would be the winner.

Denver City Clerk and Recorder Paul Lopez said ranked-choice voting has advantages as it would save the city about $1 million because run-off elections would not be required.

Ranked-choice voting does eventually decide a winner based on the highest majority of votes, but Flynn argued that, through the aggregate process of elimination, some votes are essentially not counted.

A committee forwarded the ballot measure to the City Council and another measure that would move municipal elections from May to April.