The owner of the land where “The Hut” once stood subdivided the lot into four parcels, and applications have been filed to put in two single-family homes at the new addresses of 1930 and 1950 N. Albion St. (Eric Heinz photo)

Three Denver residents have sued the entity that demolished a 118-year-old home in South Park Hill in 2019, claiming it violated a written agreement to let them salvage materials from the structure.

John Brink, Erik Stark and Angelise Johnson filed the lawsuit in late July in Denver District Court against Historic Park Hill LLC, which paid $1.9 million in 2018 for the home at 1980 Albion St.

The plaintiffs say their signed and written agreement with that entity called for the structure to either be preserved or for them to be allowed to have some of the tiles or murals within it.

In exchange for the agreement, according to the lawsuit, the residents withdrew their application asking the city to designate the home as a historic landmark, which would have made it difficult to tear down the building.

The residents say Historic Park Hill LLC destroyed the tiles and other valued items related to the home before they had a chance to recover them. The lawsuit claims the historic tiles were valued in 2020 at $66,800.

BusinessDen reached out to Todd Parker, a member of Historic Park Hill LLC, and the registered agent for the company, Daniel J. Culhane LLC, but calls were not returned as of Monday. 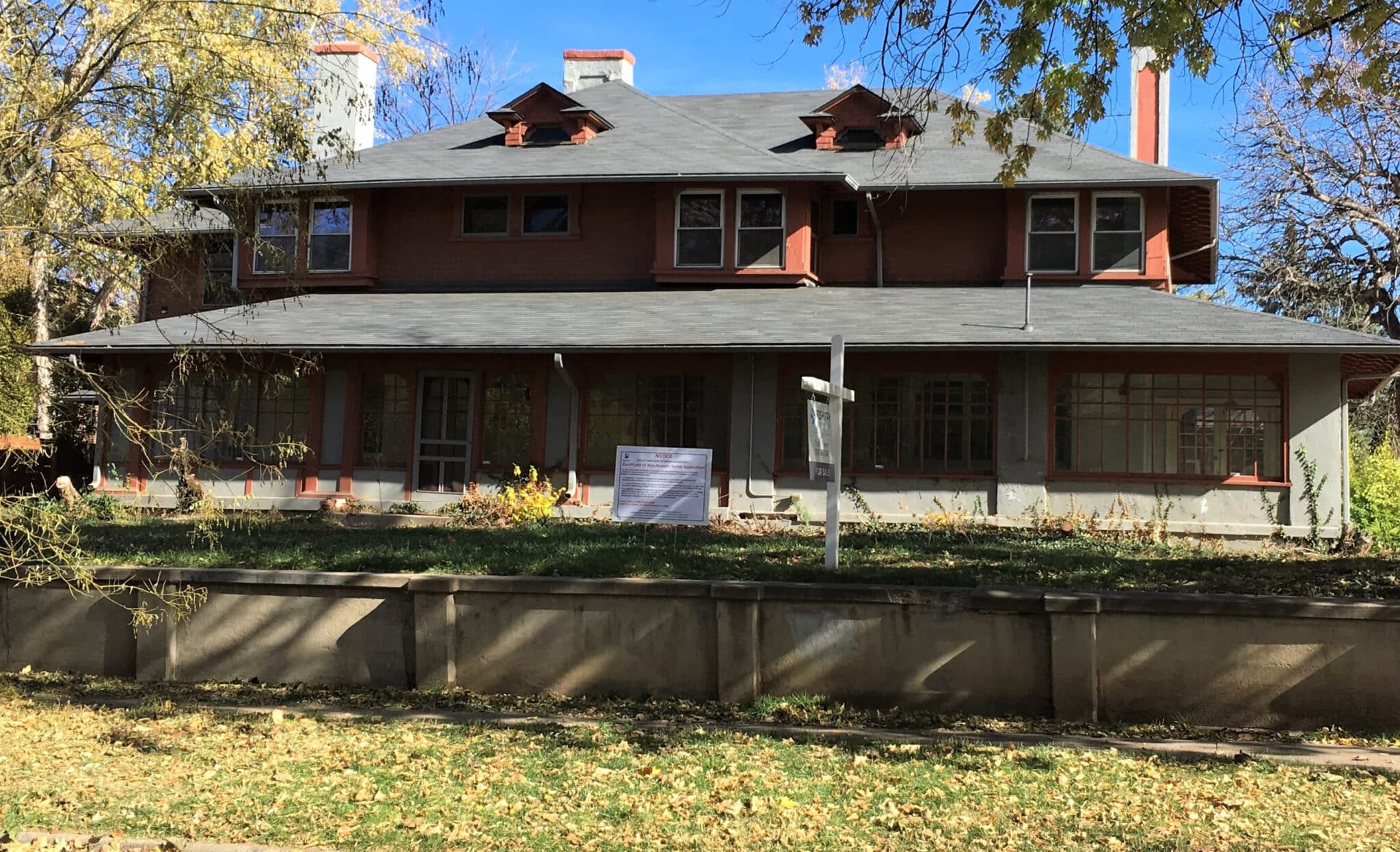 Brink said he and the other plaintiffs had no comment on the filing.

The home, known colloquially as “The Hut,” was built in 1901 by Charles Alfred Johnson, a relative of Angelise Johnson, according to the lawsuit. Charles was a real estate developer, credited with partnering with Baron Von Winckler who first platted Park Hill, according to the preservation-minded nonprofit Historic Denver.

The structure “fell into disrepair over two decades as its longtime owner aged” toward the end of its existence, according to Historic Denver.

The city granted the owners a certificate of non-historic status in December 2018. That paved the way for Historic Park Hill to receive a demolition certificate.

Demolition certificates allow a property owner to apply for demolition permits within five years without going through another Landmark Preservation review, Community Planning and Development spokeswoman Laura Swartz said. A demolition permit was issued for 1980 Albion in July 2019.

The owner of the land where “The Hut” once stood subdivided the lot into four parcels, and applications have been filed to put in two single-family homes at the new addresses of 1930 and 1950 N. Albion St. (Eric Heinz photo)

Three residents say they were not able to recover historic tiles from “The Hut,” a 118-year-old house at 1980 Albion St., before it was destroyed.