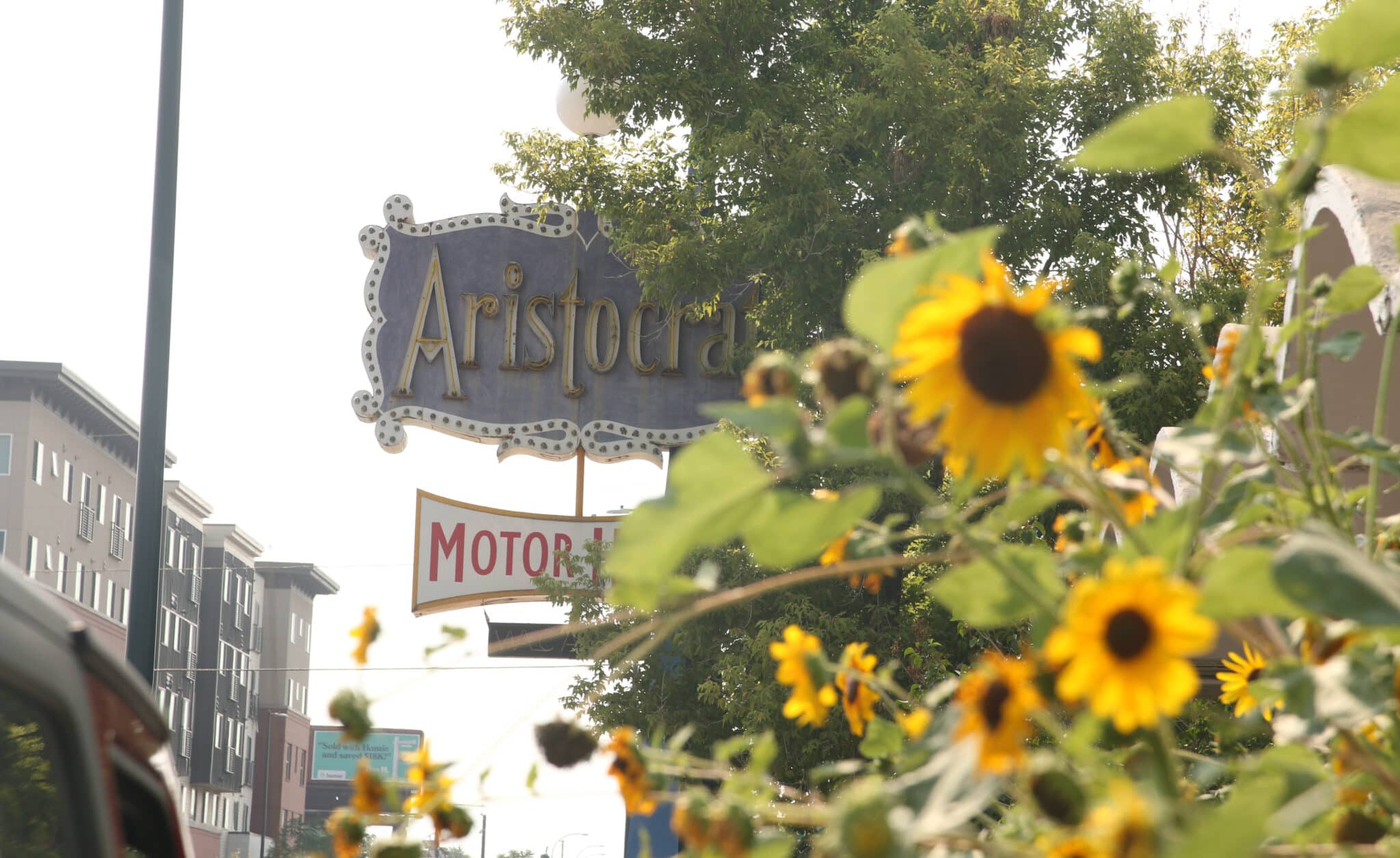 It is now known as the Family Motel, but signage from a previous name — the Aristocrat Hotel — remains on the lot. (Eric Heinz photos)

A nonprofit that houses families in a pair of old motel buildings along West Colfax is considering redeveloping the properties — although they would continue to serve the same audience.

Volunteers of America Colorado last month requested certificates of demolition eligibility from the city for its Family Motel structures at 4855 and 4905 W. Colfax Ave.

The certificate makes it easy to demolish a structure within five years. A spokeswoman for the organization said VOA is “in the very preliminary stages of exploring options to redevelop and expand” the Family Motel.

“The motel provides emergency shelter to families experiencing homelessness,” Vanessa Clark said in an email. “Any redevelopment of the property will strive to respect any identified historical landmarks, while meeting our objective to increase services to families in crisis.”

The city has gone ahead and issued the certificate for 4905 W. Colfax, the motel’s western half. But for the eastern half at 4855 W. Colfax, once operated as the Aristocrat Hotel, city staff determined the building has the potential for historic designation. 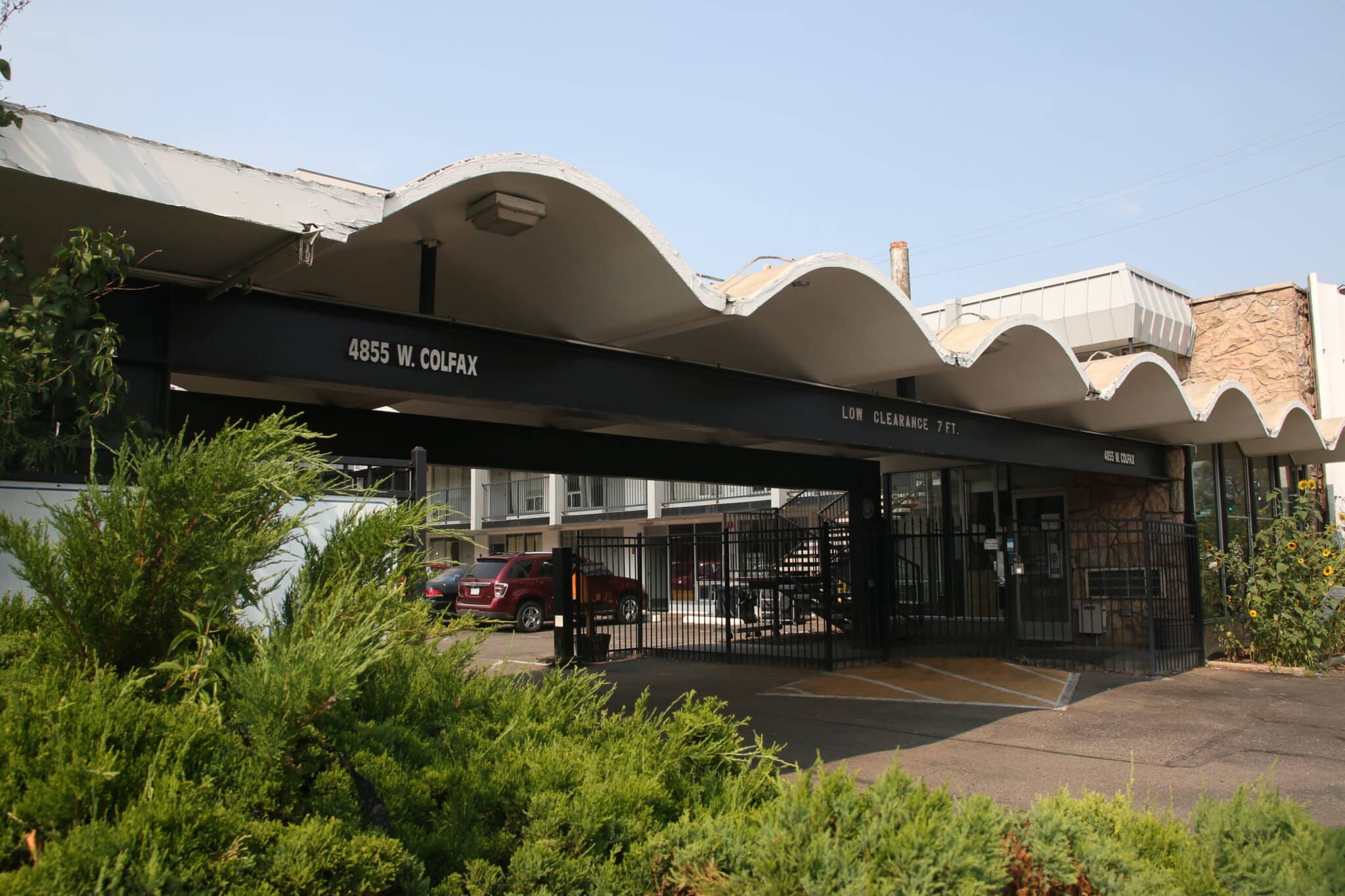 The former Aristocrat Hotel at 4855 W. Colfax has been operating as a homeless shelter  since 2001.

That kicks off a period of several weeks, during which Denver residents can express interest in making the former Aristocrat building a city landmark.

No one had done so as of Thursday, a city spokeswoman said. If no one does so by Aug. 18, the demolition eligibility certificate will be granted.

The two buildings were constructed between 1962 and 1963, according to property records. VOA purchased them in 2001.

According to VOA, the hotel hosted 1,481 families, veterans and “respite care” guests from March 2020 to March 2021. It has 40 rooms for families and people who need services provided by the Denver Department of Human Services.

The hotel keeps 30 rooms for families who may receive a voucher from the city for up to 14 nights in a year-long period, the VOA website states. Ten rooms are used to house two men or women in each room for health recuperation.

The people who stay in recuperation rooms may have been referred by a medical provider following a hospital stay, and the length of stay depends on the time needed, according to VOA.

It is now known as the Family Motel, but signage from a previous name — the Aristocrat Hotel — remains on the lot. (Eric Heinz photos)

Volunteers of America Colorado applied for certificates of demolition eligibility for its structures but one is eligible for historic designation.