A 50-year-old mansion that once tugged at the heartstrings of the “King of Rock and Roll” has hit the market again for $5.2 million.

The Salazars purchased the five-bedroom, six-bathroom home at auction for $815,000 in 2014, according to property records.

The exotic property with traditional Japanese finishes has a long history of owners. 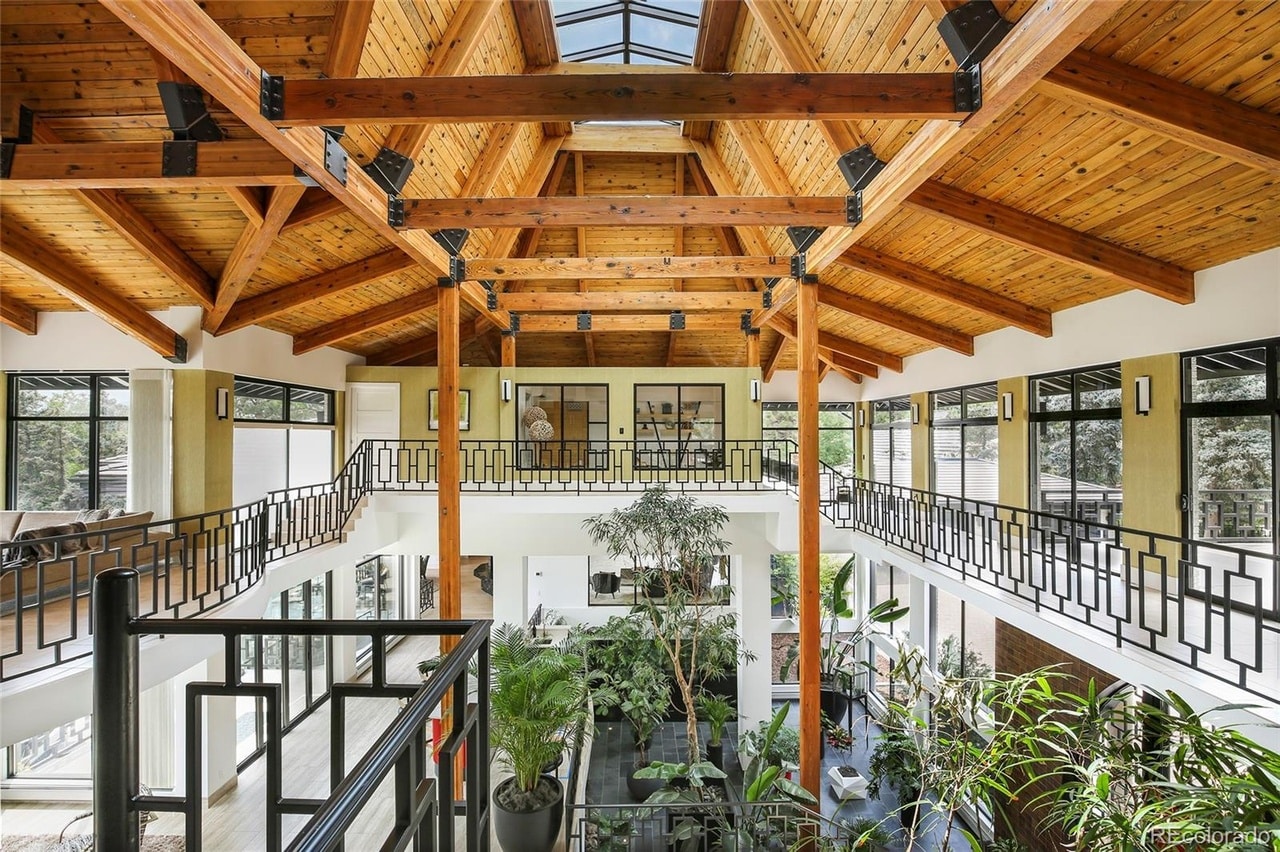 Visitors are greeted by an atrium filled with indoor trees upon entry.

Original owners John and Elinor Campbell built the house, which was dubbed “Utopia” or “Pagoda House” after its extensive oriental gardens, in 1972.

The Campbells, who owned a popular furniture store in Denver called Red Barn Furniture Co., were inspired by a photo of a Japanese temple from National Geographic, according to Rocky Mountain News archives.

They added  a slate roof, an indoor waterfall, a wall made out of lava rocks from Mexico, a moat under a Torii gate, which in Japan is a gateway at the entrance of a Japanese Shinto Temple, and an 88,000-gallon pool that also wound through the home with plexiglass covering it so swimmers can be seen indoors. 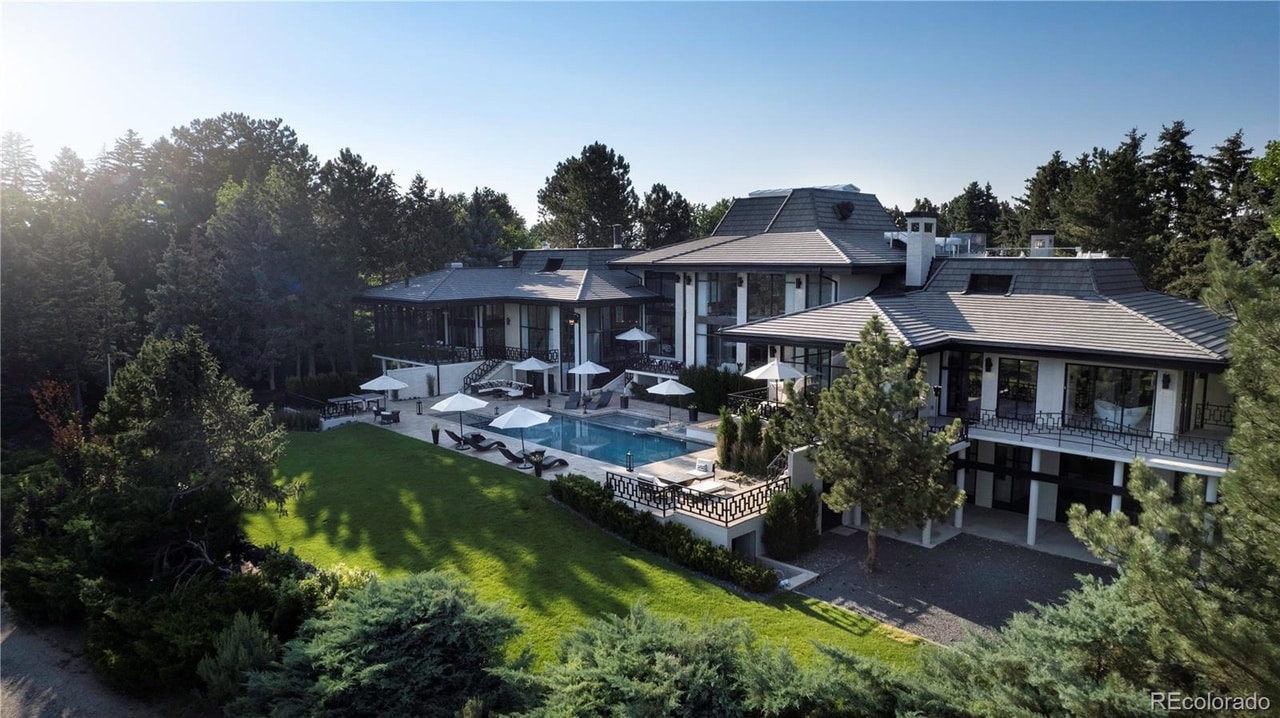 The home’s pool was once called the “blue lagoon” and wrapped indoors with a plexiglass walkway covering it.

Over the years, they hosted celebrity guests, such as Peter Fonda, who visited for Easter one year and ended up staying for a week. And in 1976, Elvis Presley seriously considered buying the property, even offering $1.5 million, but he called off the deal when he was told he couldn’t build a security fence, according to the Rocky Mountain News.

And even though the King didn’t officially purchase the home, rumors spread and fans began clogging the street and sending shoeboxes full of mail to the address, according to the article.

“Mrs. Campbell, fearful fans would begin hauling away pieces of the house as souvenirs, asked newspapers to publicize the fact that Presley didn’t live there,” the article reads. 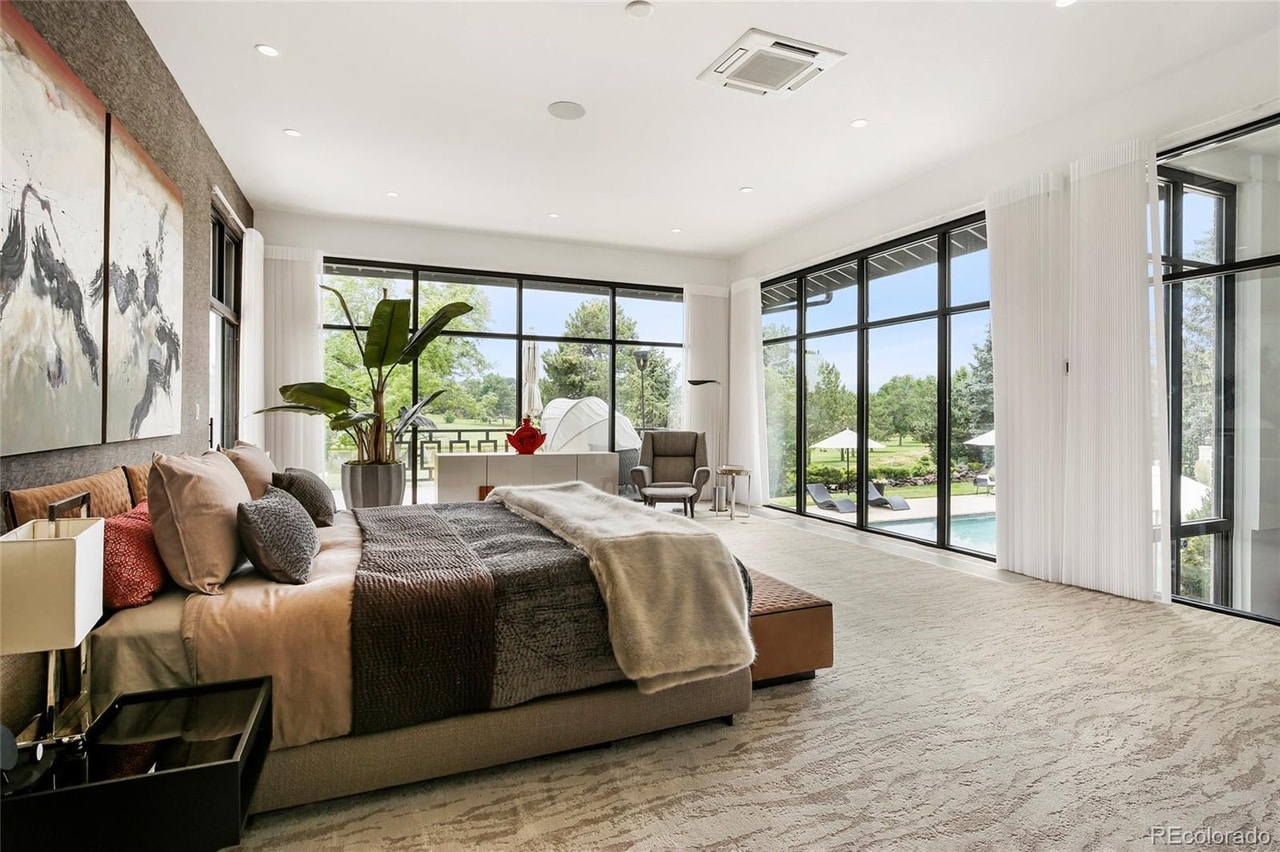 In 1994, the home was purchased by Cheryl and Chris Harper, the latter of whom was a con artist who had escaped prison twice and was indicted on two felony counts of securities fraud while living in the mansion, according to previous Westword coverage. 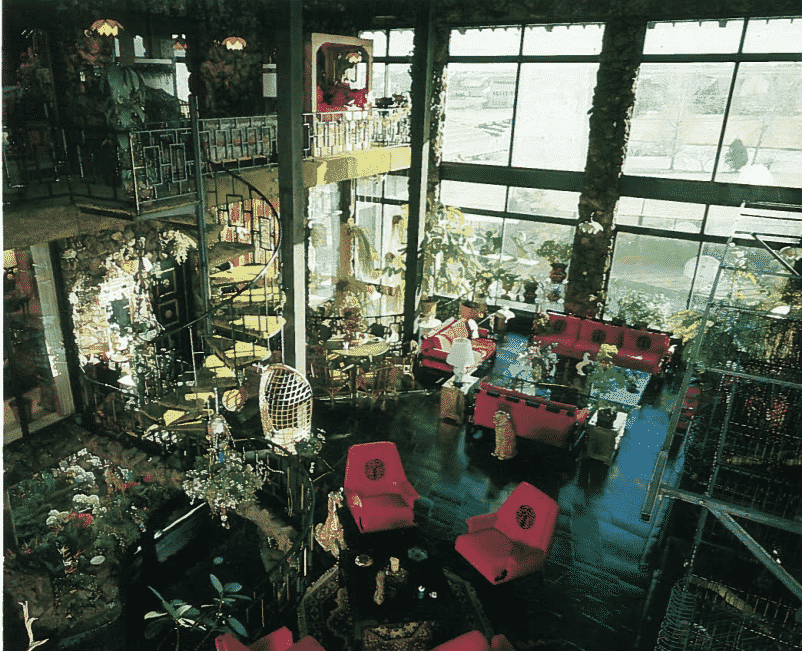 The mansion’s original living room, which was filled with lava rock from Mexico. (Courtesy of Pat Wall with Kentwood Real Estate, who listed the home in 1999)

Stats: The two-story mansion features 10,334 square feet above ground, including a 2,600-square-foot master bedroom. There’s also a 4,974-square-foot finished basement with a workout facility “that rivals any hotel gym,” a sunken media room, a spa, and the original lava-rock-lined two-story wine cellar with a secret entrance, according to the listing.

The finer things: The 50-year-old mansion has sensational views through walls of windows of the pool, the sixth fairway of Pinehurst Country Club and the Rockies.

“The impression upon entry is striking, and the home is filled with light,” said listing agent Ann Kerr with Kentwood. 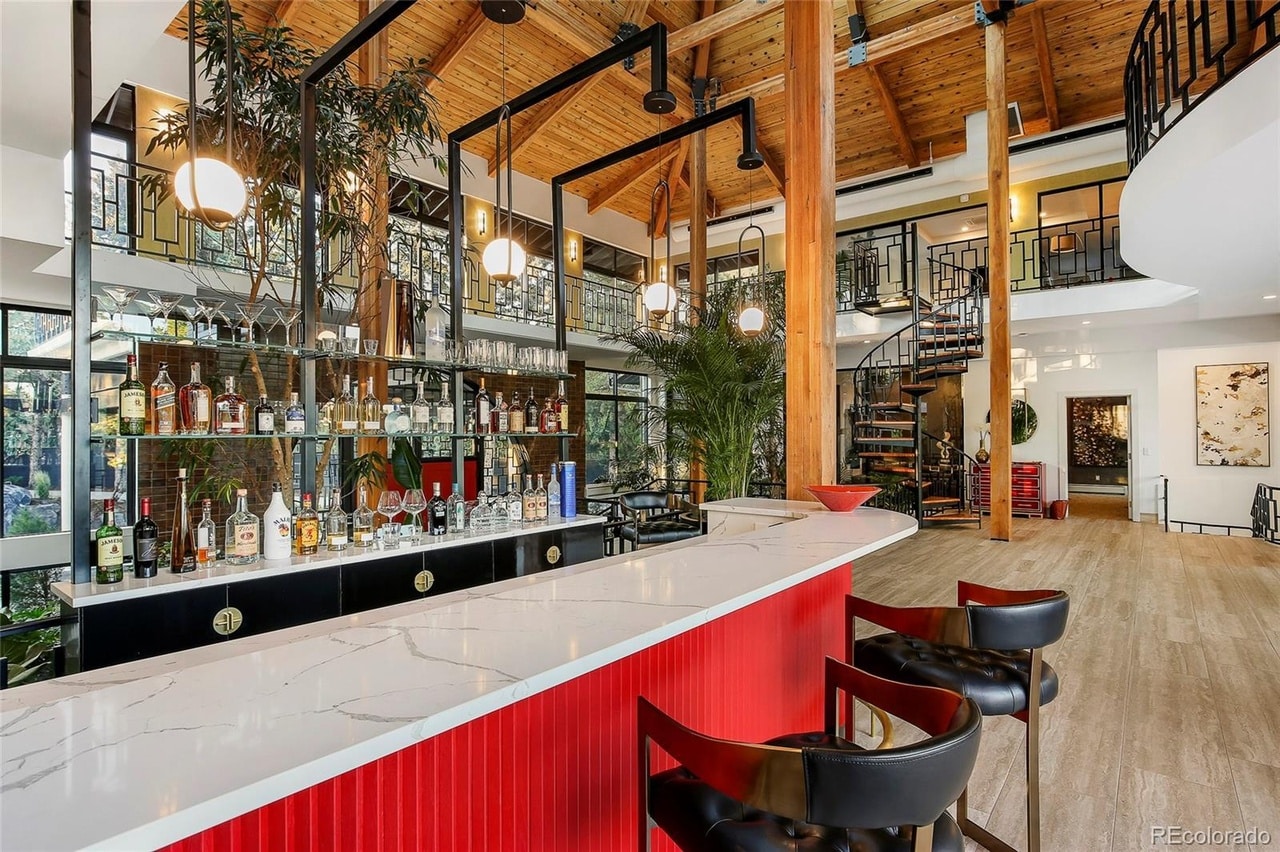 A wet bar was recently added on the first floor.

Over the last seven years, the sellers have modernized the home through renovations, such as updating the kitchen and basement, moving lava rock throughout the home to the backyard grotto, stripping the black wooden beams to their natural state and replacing the black slate floors with ceramic tile and carpeting.

“It’s undergone more of a transition into a beautiful, contemporary home,” Kerr said. “It doesn’t feel heavy or too committed, besides the remaining Japanese entrance.”

Correction: A previous version of this story listed the managers of Pinehurst Estates LLC. It has been updated to include the owners of the LLC.