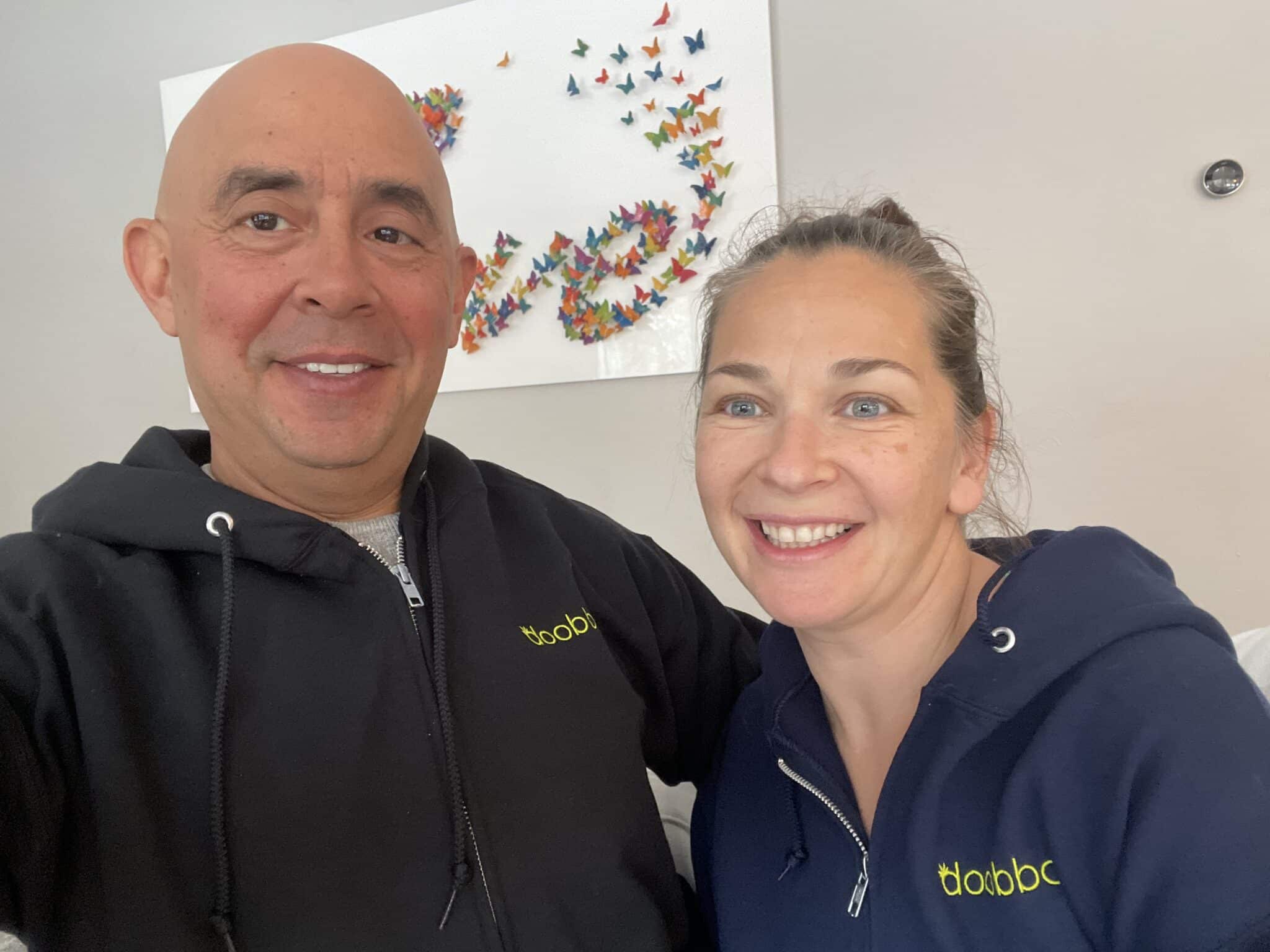 Ari and Karina Cohen are the co-owners of Doobba, the first company to obtain a Denver cannabis transporter license. (Courtesy of Karina Cohen)

Two days after Denver issued its first-ever cannabis delivery license to a dispensary, the first transporter license was granted to a company whose co-founder suffered legal consequences for trafficking the substance decades ago.

Ari and Karina Cohen, co-founders of the cannabis transportation company Doobba, were awarded the license Thursday.

Applicants who qualify for Denver’s social equity designation are the only ones who can apply for cannabis transporter permits until July 1, 2024. After that, licensed cannabis stores can conduct their own delivery services.

Established cannabis stores must obtain a delivery license and they must contract with a transportation license holder until the July sunset date.

Ari qualified as a social equity transporter because he was convicted of a cannabis-related felony about 30 years ago, Karina confirmed.

“Our business model is to partner with very specific dispensaries,” she said. “Our biggest thing in this whole journey is to end cannabis prohibition.”

Colorado law specifies social equity applicants must meet one of three criteria as well as have at least a 51 percent ownership of the company.

The applicant must have lived in the state for at least 15 years between 1980 and 2010 in a census tract designated as an opportunity zone or disproportionate impacted area; or they, a parent, guardian, sibling, spouse or child were arrested, convicted or subject to civil asset forfeiture related to a cannabis investigation; or the applicant’s yearly income the year prior did not exceed 50 percent of the state’s median income.

She said Doobba has been talking to at least three cannabis companies about partnering with them for delivery services, and the company will start with two drivers.

Cohen said she’s not sure when her company will finalize a contract with a dispensary, but that she hopes to do so within the next couple of weeks.

She also said Doobba intends to help other social equity applicants navigate the licensing process because “it can be confusing.”

“Ari and I both have a lot of business acumen, and we want to pay it forward and help others stand up and be successful,” Cohen said.

Strawberry Fields received the first delivery permit for a licensed cannabis business on Tuesday, and representatives said they have been in talks with Doobba.

Strawberry Fields remains the only cannabis company to apply for a delivery license, according to Eric Escudero of the city’s Excise and Licensing department.

“We are concerned about a lack of store delivery permit applications so far,” Escudero said. “But we remain hopeful that the established industry will demonstrate their support for social equity by getting delivery (licenses) at their stores, so transporters have business.”

There are two other transporter applicants who qualify for the social equity designation, SHW Logistics and GRN Bus, according to the Excise and Licenses Department. Their applications are still being reviewed by the city.

Colorado law has licensed cannabis companies to deliver to medical patients since the beginning of 2020, and recreational delivery licenses were allowed to be issued at the beginning of this year. But the law states it’s only permissible in jurisdictions that allow for cannabis delivery.

Denver authorized Excise and Licenses to issue delivery and transporter licenses on July 1.