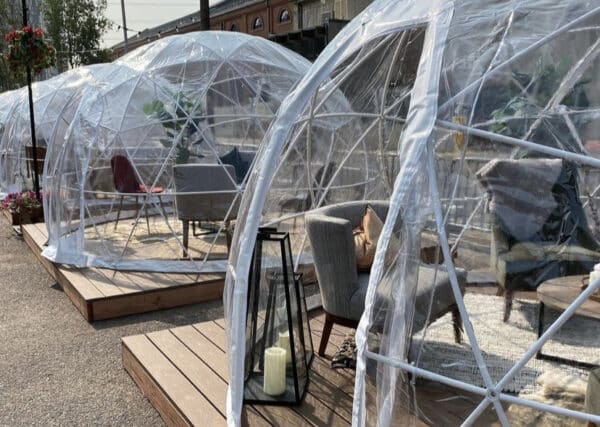 A LoHi shoe seller wants to give its restaurant neighbor’s outdoor dining setup the boot.

The 52-year-old footwear retailer, which owns the building that houses its Denver store at 2368 15th St., filed the lawsuit against its next door neighbor in Denver District Court last week.

My Brother’s Bar’s property is owned by 2376 15th Street Re LLC, which is managed by Denver-based St. Charles Town Company. That entity is also named as a defendant in the lawsuit.

According to the filing, in 2006, the previous owners of the adjacent properties entered into an easement agreement to create a shared parking lot behind both parcels. For access into the roughly 6,250-square-foot lot with around 30 spaces, motorists enter from Platte Street — the side My Brother’s Bar occupies.

“It’s unfortunate that after 15 years of continuous use of the parking lot, that this was necessary,” said Richard Polk, owner of Pedestrian Shops. “But we are holding out hope that there will be a positive resolution for everybody.”

In June 2020, after the pandemic hit, the restaurant received temporary permission from the city to extend outdoor seating into the parking lot. The restaurant then built a removable chain on the Platte Street entrance, restricting cars from entering the lot, according to the lawsuit.

My Brother’s Bar — whose efforts to recover from the pandemic recently landed it on a TV show — has six tables covered by igloo-like domes and four picnic tables outside in the parking lot, according to owner Danny Newman. 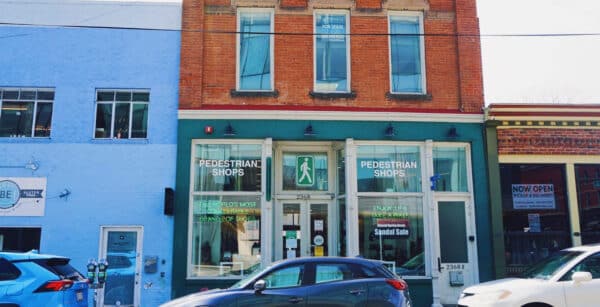 Pedestrian Shops purchased the LoHi building that it operates in for $2 million in 2017. (BusinessDen file)

“In the middle of the pandemic, we’ve been working with all of our neighbors to make sure we’re all able to survive these tough times,” Newman said. “Because we’ve been able to operate our restaurant safely, we’ve brought business to the neighborhood that wouldn’t have been there otherwise.”

Newman is a technology entrepreneur who also recently purchased the Mercury Cafe in Denver’s Arapahoe Square.

Pedestrian Shops says in the lawsuit that it agreed to refrain from enforcing its easement rights in July, but the neighbors settled on an end date of Oct. 31, 2020 for the outdoor setup. The shop says that “while unclear and without conceding the point, the Forbearance Agreement may have been extended through email communications until June 30, 2021.”

According to the lawsuit, Pedestrian Shops made demands in person, by email and by cease-and-desist letter to clear the obstruction in the parking lot, but nothing changed as of July 1. The lawsuit was filed July 2.

The footwear retailer is seeking punitive damages to be determined in court.

“It’s been hard to lose the use of our parking lot for a year, and it would certainly not be good for us to lose it in a permanent respect,” Polk said.

In March, Pedestrian Shops, which also has two stores in Boulder, put its two-story, 4,000-square-foot Denver property on the market for $3.3 million. 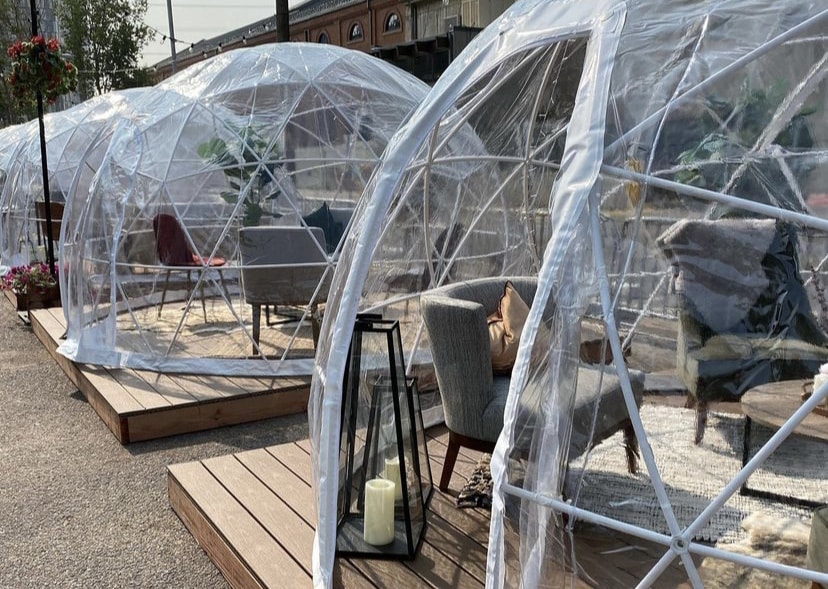