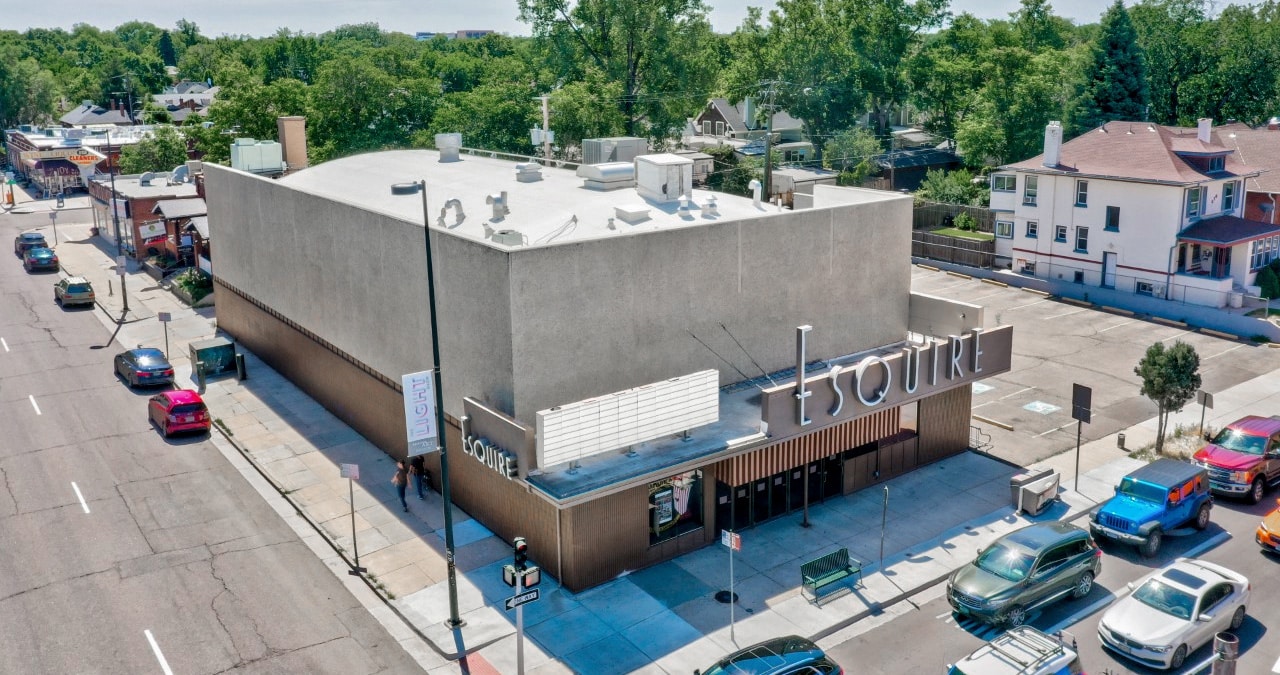 Two brokers at a Denver commercial real estate firm have purchased the Esquire Theatre building along 6th Avenue after being hired to market it for sale.

Tim Finholm and Sam Leger of Unique Properties bought the theater at 590 N. Downing St. for $2.1 million, according to public records. Their firm originally listed the property for $3.3 million last summer.

“After walking numerous people through the building and showing the property numerous times, we decided it was a nice asset to purchase,” Finholm said.

The theater was built in 1927, opening with one screen as the Hiawatha Theatre. It now has two screens and was most recently renovated in 2019. The Landmark Theatres chain has leased the Esquire since 1980.

Finholm said the previous owner decided to sell because Landmark had not paid rent since April 2020, when the pandemic forced businesses, such as movie theaters, to close. The theater reopened in May of this year, according to the Denver Post.

Finholm said the property received multiple offers, but sold for well under the asking price because Landmark’s lease extends through 2024.

Finholm said what happens with the property after 2024 will depend on whether Landmark wants to stay.

“There was too much lease term left on the lease for a developer,” said Tim Finholm of Unique Properties.