Mitch Reid and Kurt Rozelsky are partners in the litigation and dispute resolution practice group.

Nate Barker is of counsel in the litigation and dispute resolution practice group.

Jose Castro, Charlotte McEwen and Michael Kaufmann are associates. Castro and McEwen are with the labor and employment practice. Kaufmann is a member of the litigation and dispute resolution practice group.

Ted Featherstone has joined Brue Baukol Capital Partners as vice president of development and partners. He had been with Zocalo Community Development.

Christopher Parr has joined Zocalo Community Development as director of development. He had been with Sun Valley EcoDistrict Trust.

John A. Kelley III has relocated to Newmark’s Denver office. He is vice president of valuation and advisory hospitality, gaming and leisure practice.

Adam Wallace has joined Morgan as Denver city partner. He had been with Cypress Real Estate Advisors and is a graduate of Amherst College.

Kevin Madigan has been promoted to engineering manager.

Ian Wincentsen has been promoted to project manager.

Wes Moorhead has been promoted to IT operations manager.

Jason Brokaw has been promoted to purchasing and facilities manager.

Trevor Sundheim has been promoted to operations manager, southern Colorado.

Porter May is senior preconstruction manager.

Janet Grady has been promoted to associate principal with Kephart.

K.C. Groves has been named to the board of directors of Project Sanctuary. He is with Ireland Stapleton.

Matt Chorske and Shane Miner has joined the special district group of Piper Sandler Companies. Chorske and Miner had been with BBVA USA Bancshares. 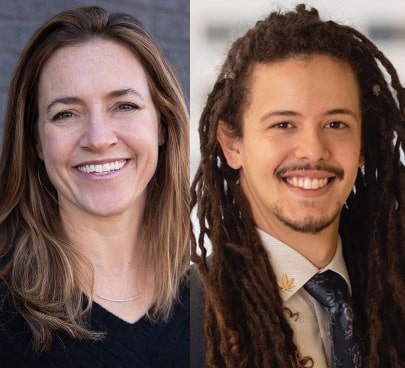