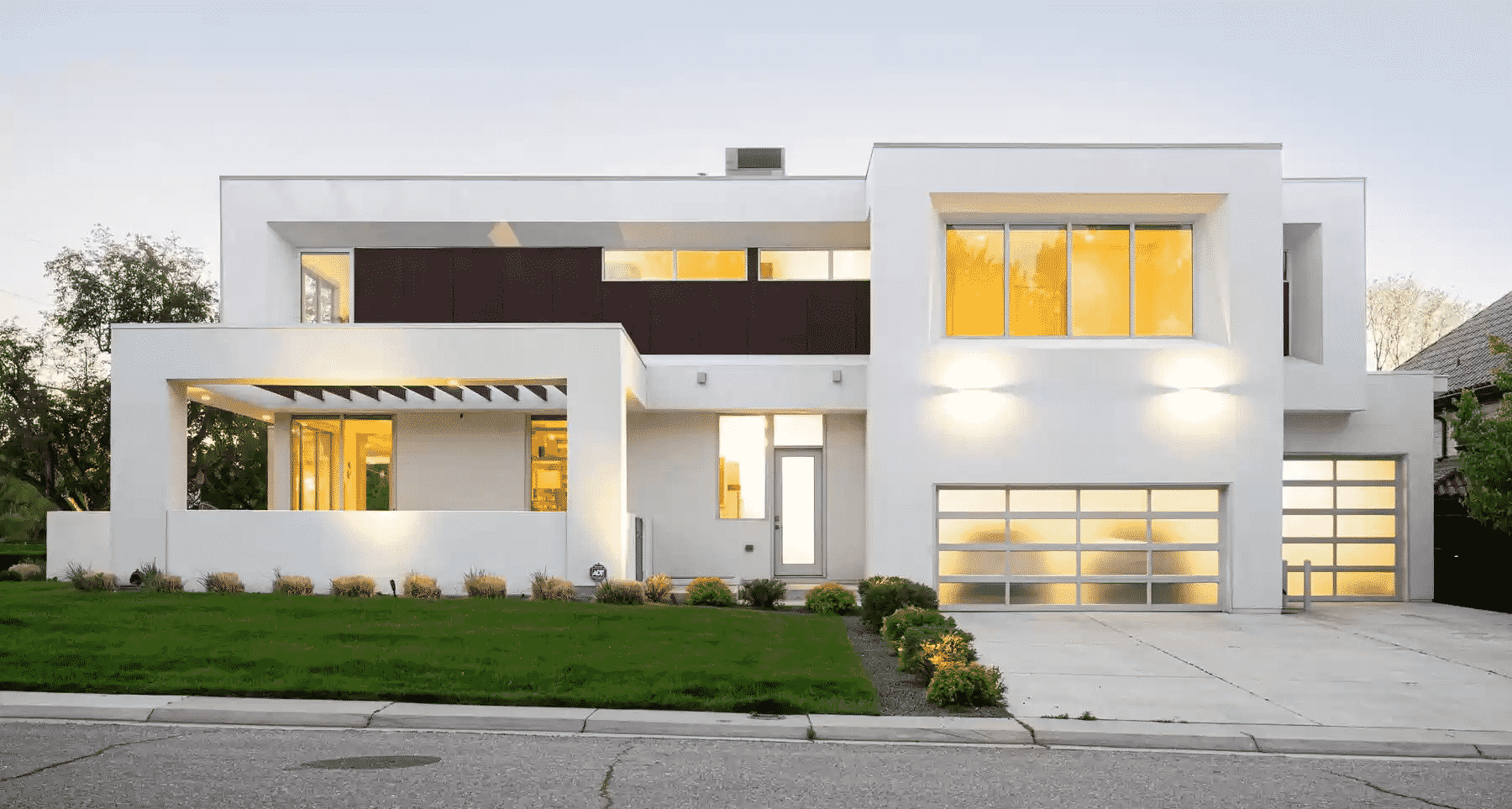 This modern white Hilltop mansion sits on an oversized lot on the corner of 3rd Avenue and Glencoe Street. (Photos courtesy of LIV Sotheby’s International Realty)

Stepping into the modern, sun-filled home on the corner of 3rd Avenue and Glencoe Street in Hilltop feels like a piece of Los Angeles.

The six-bedroom, six-bathroom home was designed by Denver architect Steve Barsch and originally built by developer Ivan Gamayunov as a spec home before it was purchased by the current owners in 2016 for $2.5 million, according to records. 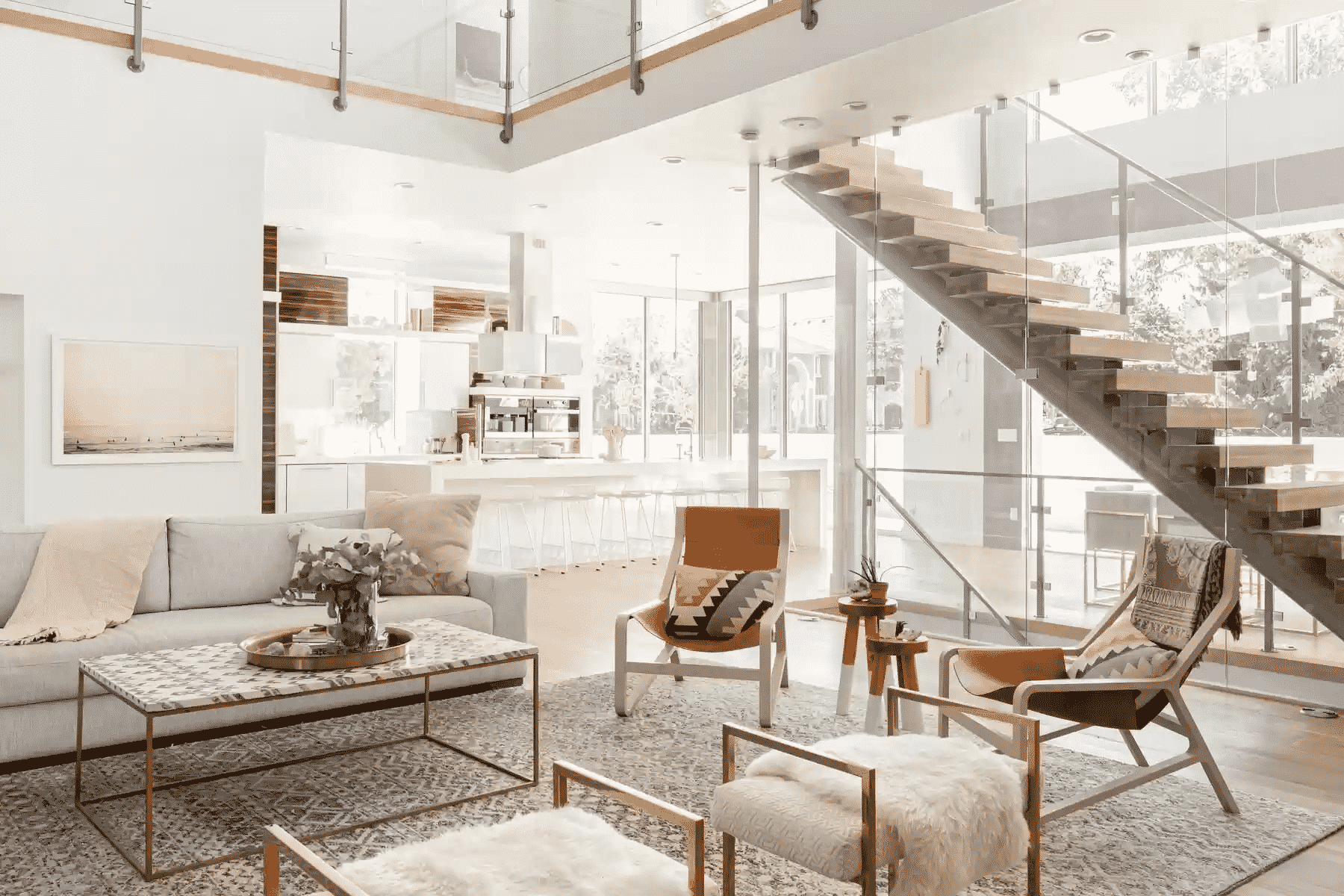 The home features an open-air design with expansive rooms and large pocket doors on either side to create an indoor/outdoor living space.

“It wasn’t even completed before they bought it, and they were living in a home actually down the street that was designed and built by the same people when this one caught their eye,” said listing agent Andi Leahey of the sellers.

The developer tore the previous home down to the studs and kept the original 1950s foundation. Almost everything inside is brand new, such as the full kitchenette under the covered backyard patio, the sleek white gourmet kitchen with dark wood cabinets, and the double height ceilings.

With two large pocket doors that open up to the large front and backyard patios, the home’s open-air design brings the outdoors inside.

“Every time I’m here I open up all the doors, and it really just feels like you’ve stepped into California,” Leahey said. 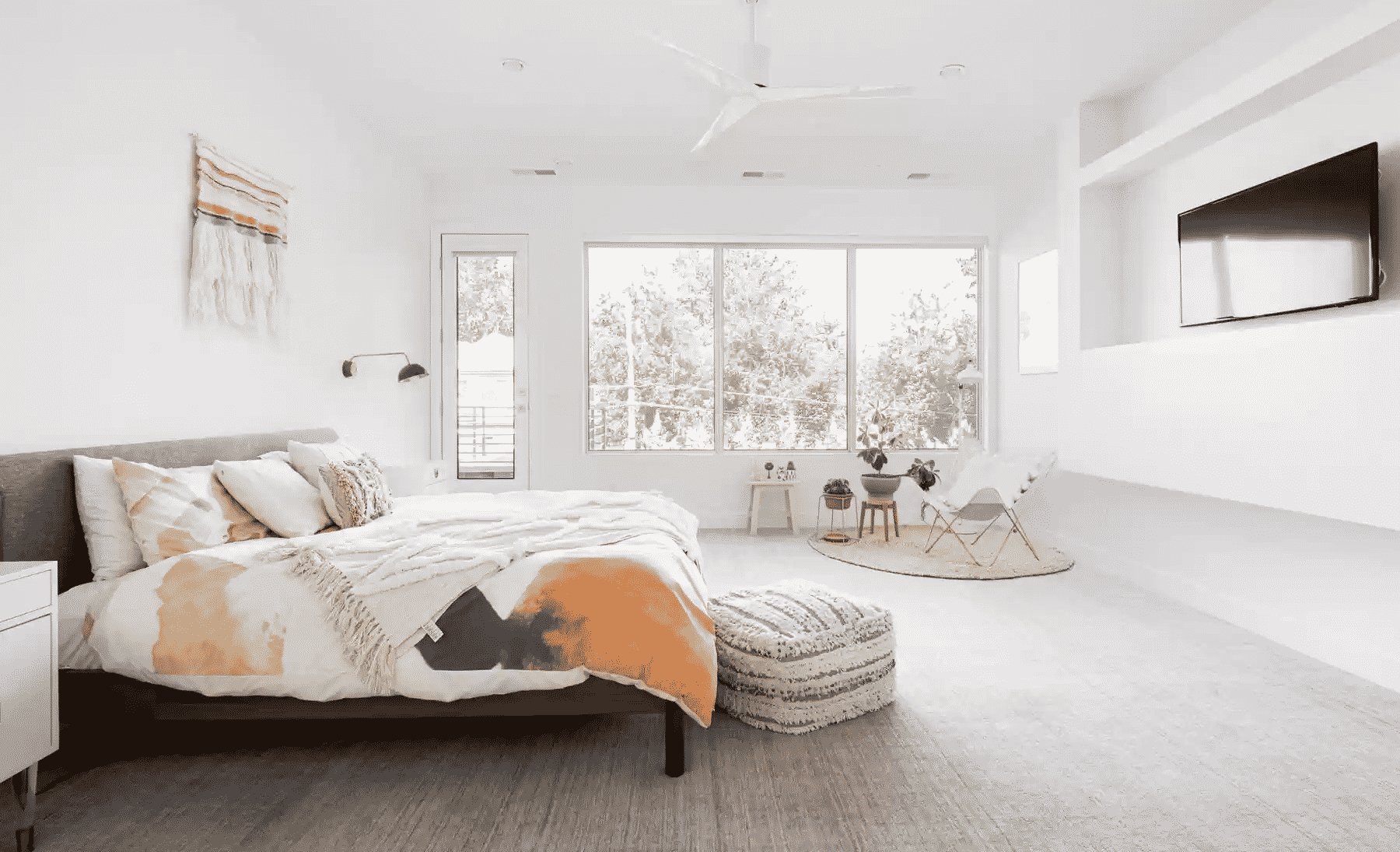 The large master suite comes with its own outdoor terrace, walk-in closet and spa-like bathroom.

Leahey said the list price was based on the recent $4.5 million sale of milehimodern co-founder Peter Blank’s nearby minimalist modern ranch home at 121 S. Cherry St.

Stats: The two-story Hilltop residence features 5,495 square feet above ground level, plus a 1,500-square-foot finished basement with a sunken theater room, a bar and wine cellar. 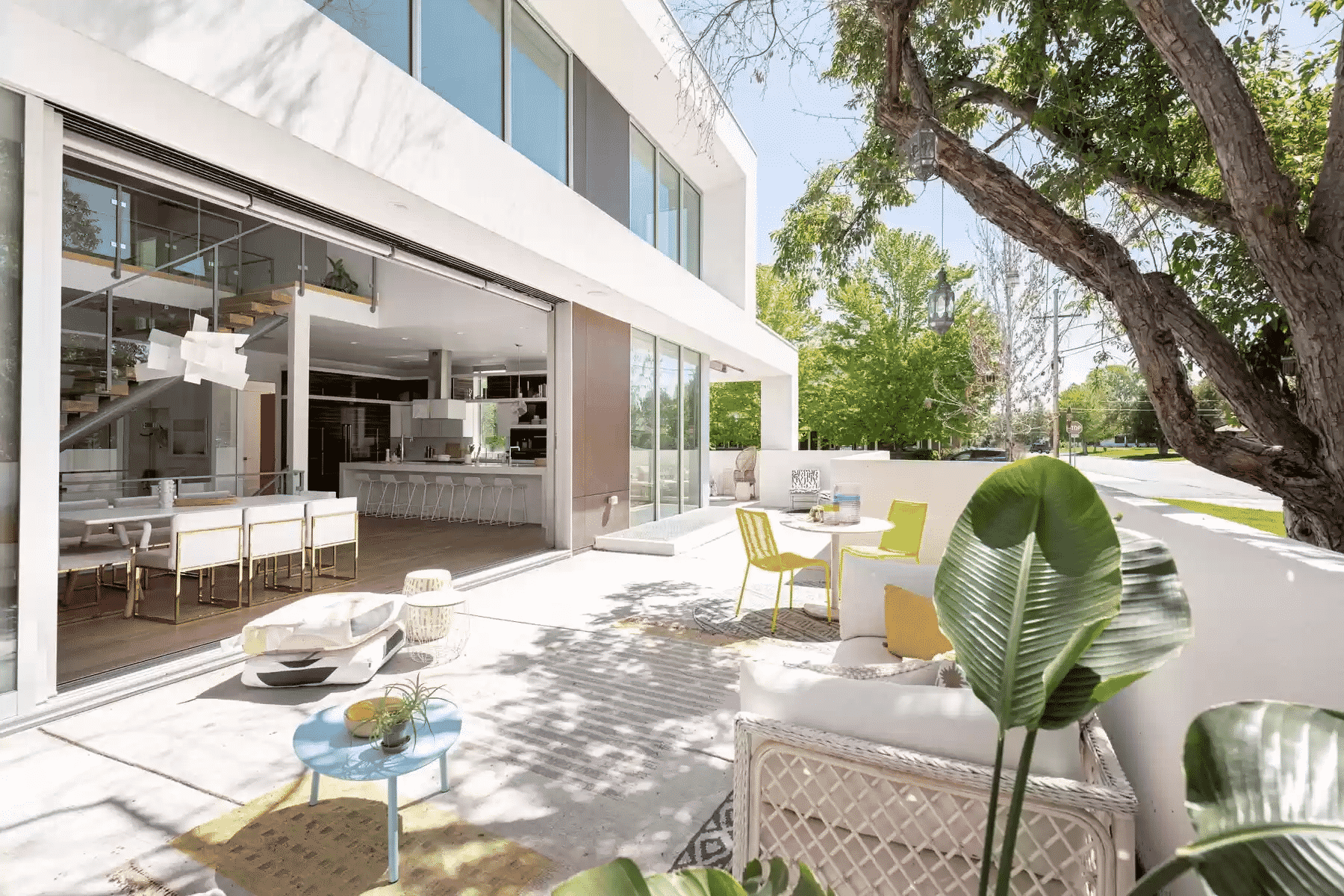 There are large patios surrounding the home, “perfect for happy hour,” the listing agent said.

The finer things: Sitting on an oversized corner lot, this modern white home contrasts with the traditional brick Tudor style in Hilltop. The residence is an “entertainer’s dream” with large expansive rooms and a wide open floor plan perfect for hosting parties, Leahey said.

On the main floor, there are two rooms that can be used as an office or workout space. Upstairs, the large master suite comes with an oversized walk-in closet with a full size safe and a spa-like bathroom “that makes you feel like you’re staying in a five-star hotel,” Leahey said.

There’s also a three-car garage and a large backyard that would be “great for a large lap pool,” Leahey said.

This modern white Hilltop mansion sits on an oversized lot on the corner of 3rd Avenue and Glencoe Street. (Photos courtesy of LIV Sotheby’s International Realty)