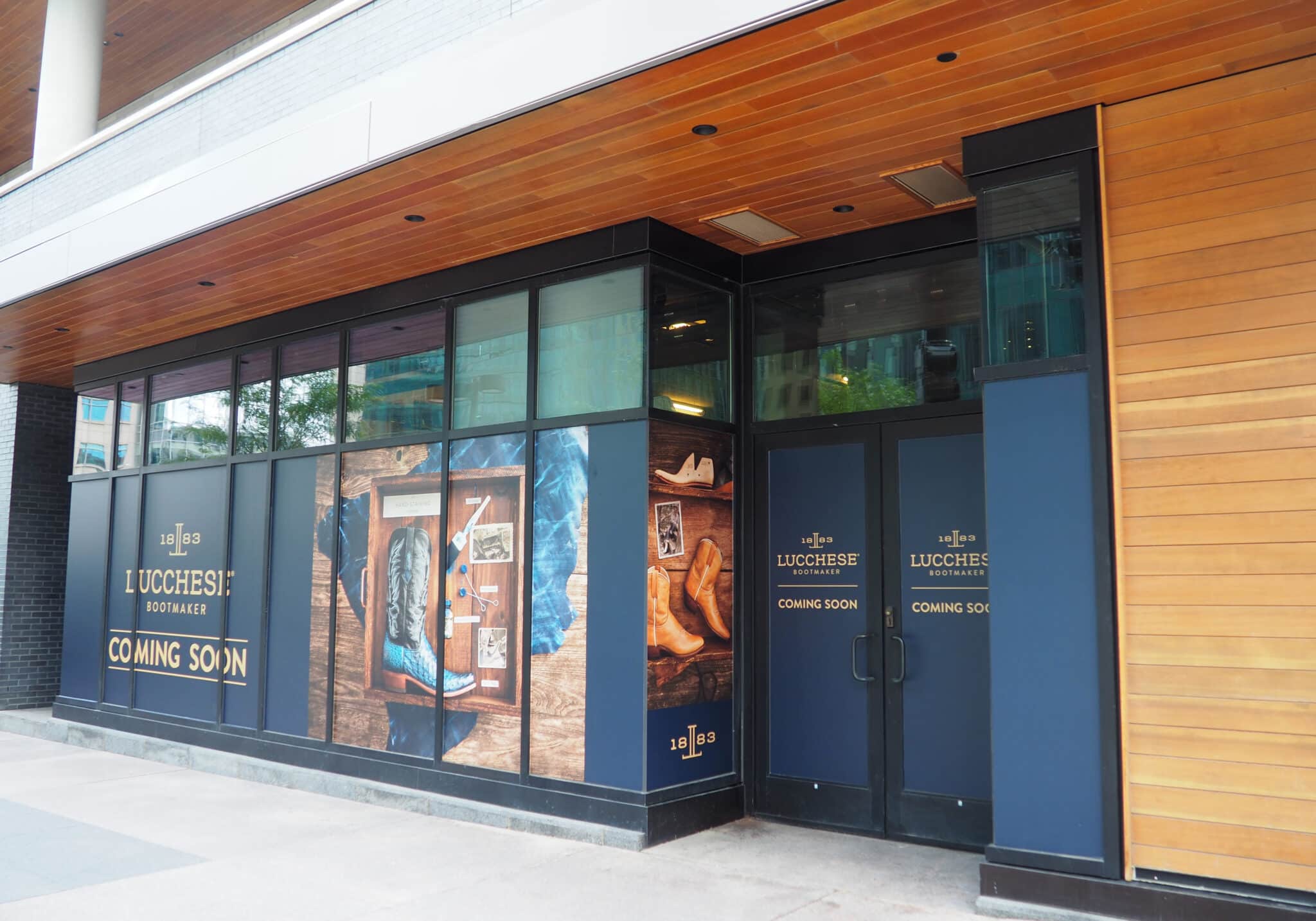 Lucchese Bootmaker, based in El Paso, Texas, will open a store at 1883 16th Street in Denver. (Lucy Peterson photo)

The official boot of the Dallas Cowboy Cheerleaders is coming to a storefront near Union Station.

Lucchese Bootmaker will open in Denver at 1883 16th St., according to a “coming soon” sign in the window of the storefront. A spokesperson for Lucchese didn’t provide information regarding the opening timeline by press time. 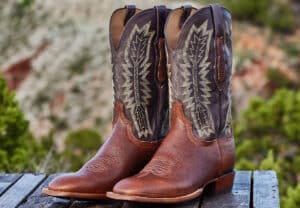 Lucchese is filling a space in the Kimpton Hotel Born building.

The Italian boot retailer is based in El Paso, Texas. It makes traditional leather cowboy boots, English horse riding boots, fashion boots and other apparel and accessories. Its most popular boots range from $295 to $595, although some go much higher.

A pair of boots made from crocodile leather costs up to $5,995 for women and $12,995 for men, according to the company’s website.

This will be the first Lucchese store in Denver, though the company’s boots are sold by some retailers in the state including Boot Barn and Cavender’s. Lucchese’s locations are largely in Texas, with some in Tennessee, New Mexico and Oklahoma.

Italian immigrant Salvatore Lucchese founded the store in 1883 in San Antonio. Lucchese initially made boots for men in the military, but soon started commissioning them for actors and politicians.

It began making fashion boots in 2014. Lucchese boots are handmade in Texas and Italy, according to its website.

Correction: The address where Lucchese is opening has been updated.

Lucchese Bootmaker, based in El Paso, Texas, will open a store at 1883 16th Street in Denver. (Lucy Peterson photo)

Lucchese, which makes the official boot of the Dallas Cowboy Cheerleaders and many other kinds, is filling a space in the Kimpton Hotel Born building.