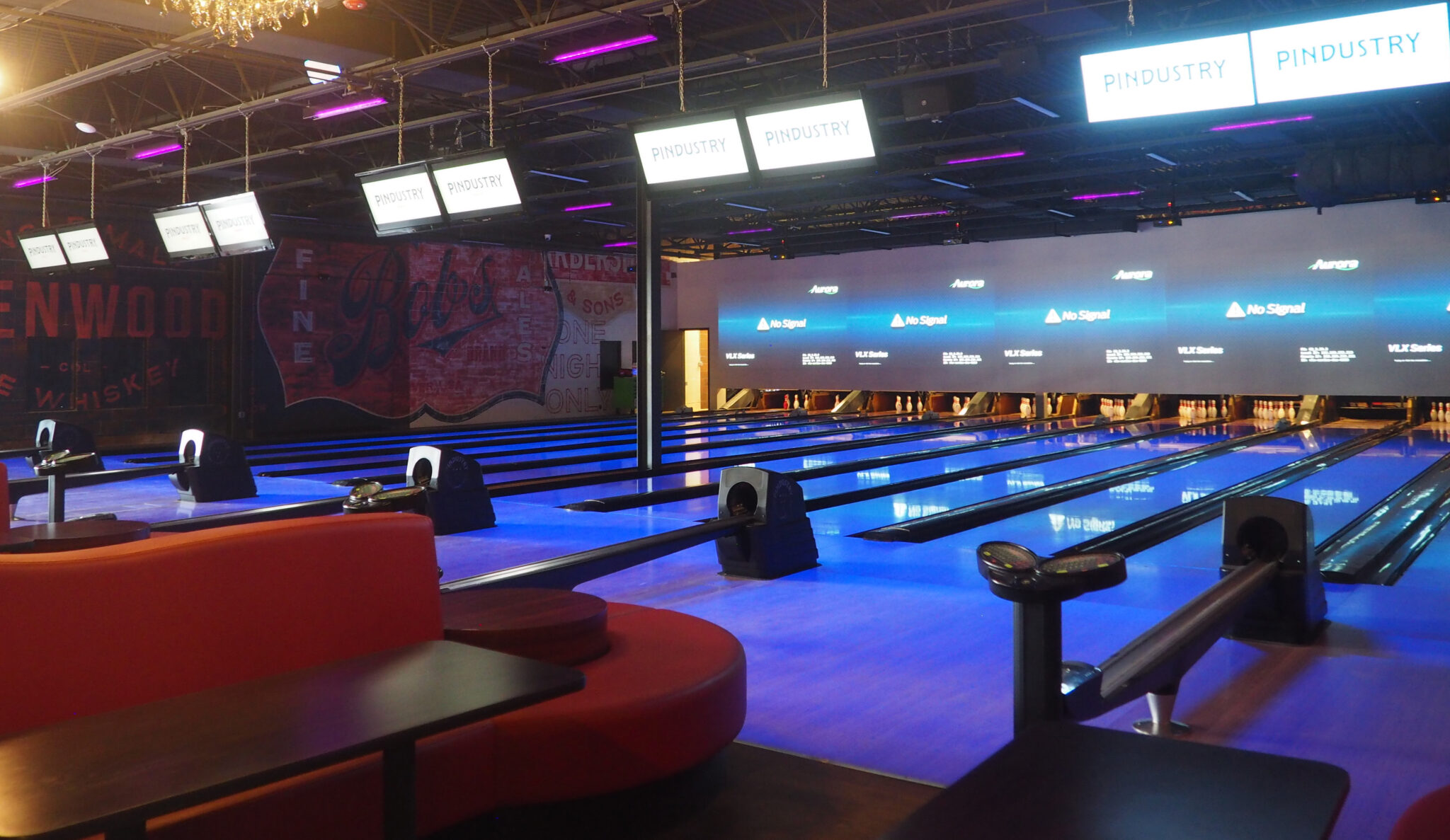 Pindustry is a two-level entertainment venue at 7939 E. Arapahoe Road that offers traditional bowling, duckpin bowling — a version of bowling that uses smaller pins and balls without finger holes on a shorter lane — pinball and other arcade games, as well as Italian-inspired shareable dishes. It also has an outdoor beer garden and a 16,000-square-foot rooftop deck.

The Arapahoe Entertainment District was established by the city in late 2019 and is intended to include commercial, retail and entertainment development between Syracuse Way and I-25 north of Arapahoe Road. 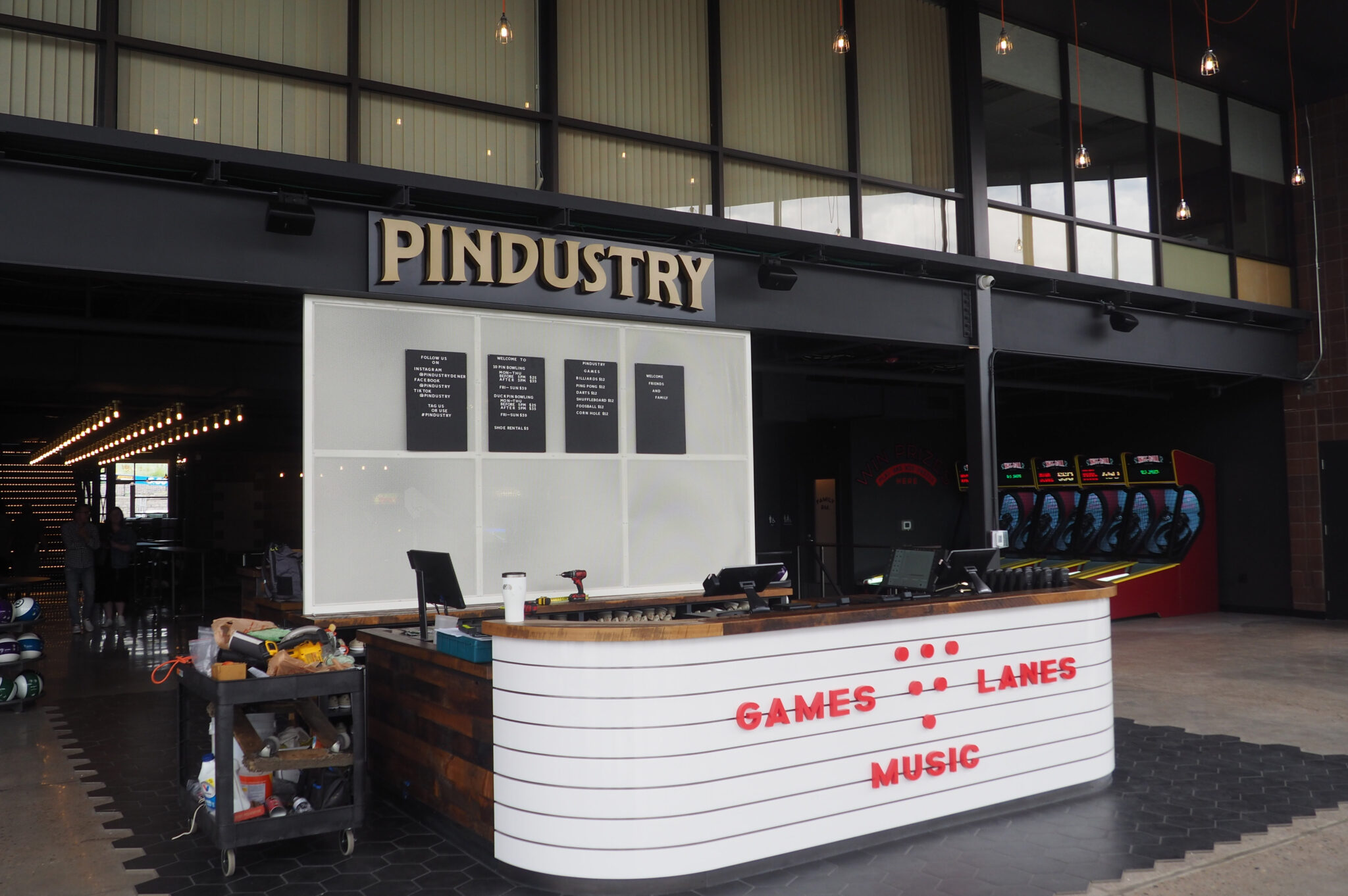 The 54,500-square-foot Pindustry restaurant and bar in Greenwood Village.

Centennial-based Kelmore Development, which has been developing along Arapahoe Road for 30 years, proposed Pindustry to the city to emulate similar concepts it saw emerging around the country that combine multiple categories of entertainment. The building in which it was developed was formerly Greenwood Automotive.

“We worked with the city early on to try to share what our thoughts were on that,” said Kelmore owner Bob Koontz. “We’re just one piece of it, but we’re the first piece to redevelop in the Arapahoe Entertainment District.”

Just a block away from Fiddler’s Green Amphitheatre, Pindustry hopes to serve as a location to go to before and after concerts, and will also host live music of its own. It opens at 4 p.m. on weekdays and 11 a.m. on weekends, and will only allow those 21 and over to enter after 8 p.m. 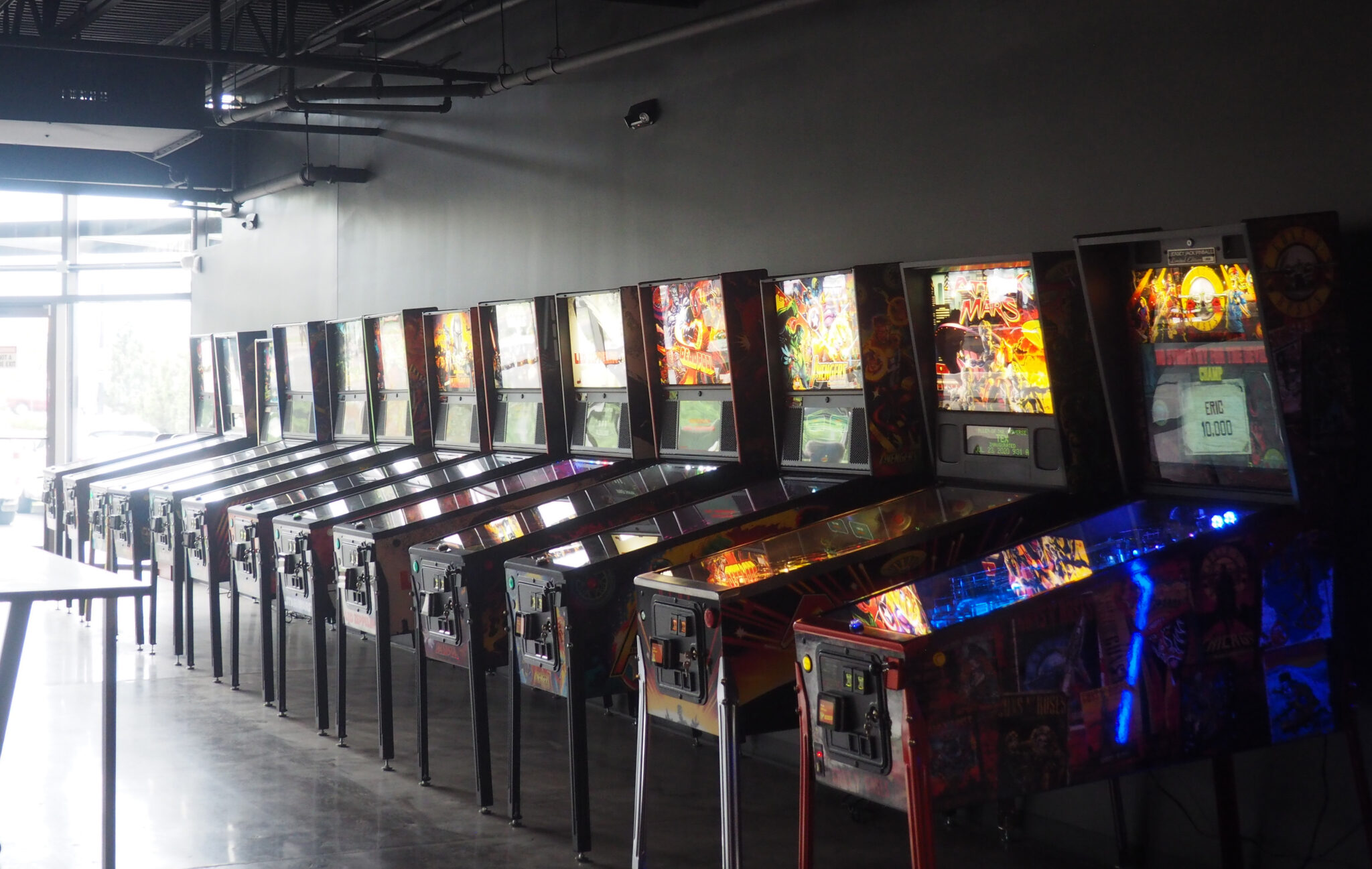 The entertainment venue features pinball machines and other arcade games.

Pindustry has an 8,500-square-foot outdoor beer garden, and will utilize the garage doors that were installed with the former auto shop to open its indoor dining areas to the outside. The venue can be reserved for private or semi-private events on the rooftop deck or the outdoor beer garden.

“This is of course the first prototype of a new concept and so we’re hoping that it does well for this area and the entertainment project,” Koontz said. “If it does well and is as unique as we think, it is then potentially something we do elsewhere.”

Kelmore Development’s past entertainment developments include Celebrity Lanes and Regal Theaters. It’s also working on the Exchange at Boulevard One retail complex in Lowry, which has lured Target and Clark’s Market as tenants. The company is developing that project with Denver-based Confluent Development.

Pindustry, the first project in the new Arapahoe Entertainment District, is a two-level restaurant and bar with bowling and arcade games.