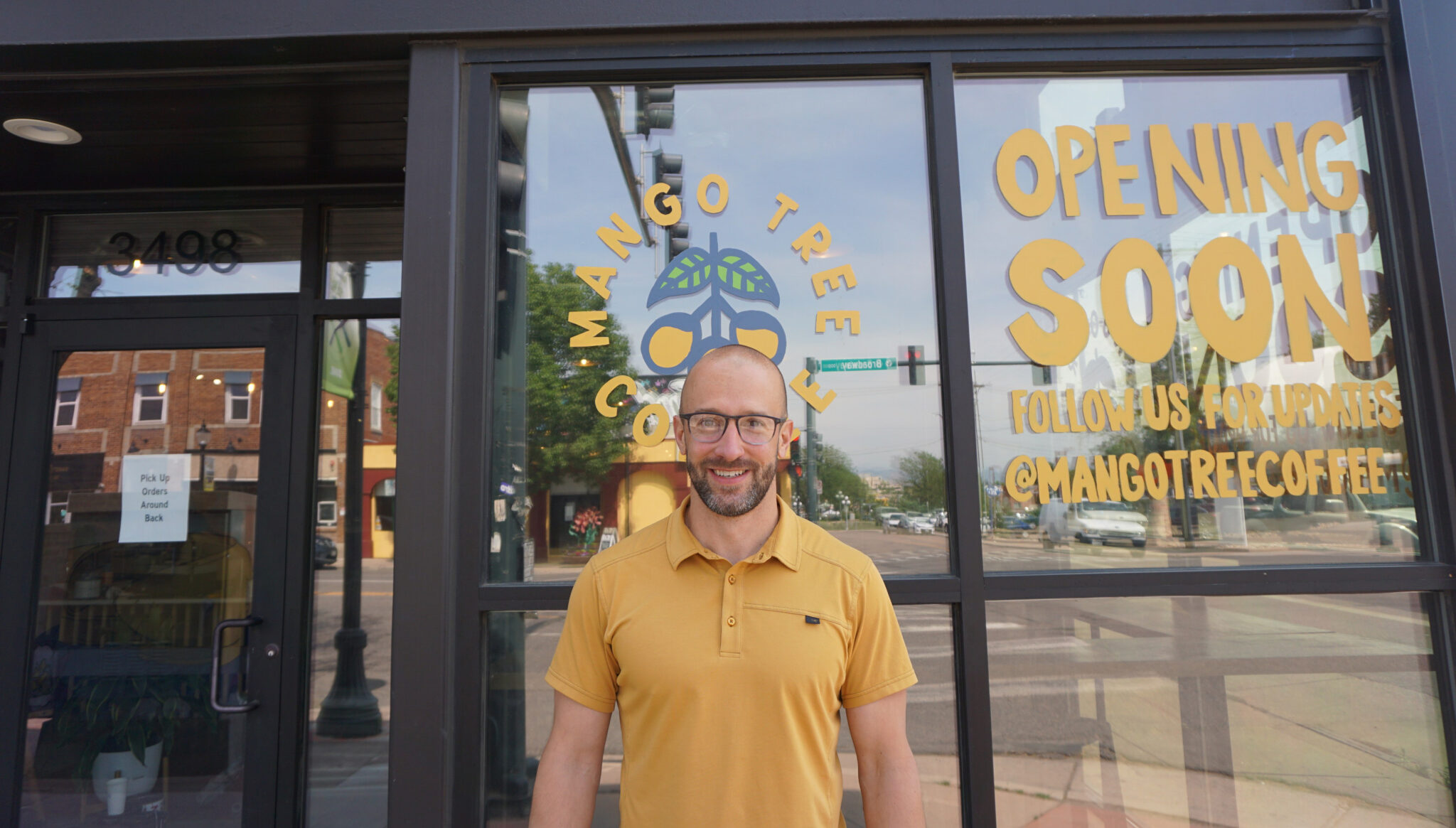 A nonprofit based in Texas that plans to move its headquarters to the Denver area is looking to create a buzz in Englewood.

Mango Tree Coffee, opening Monday at 3498 S. Broadway, is a division of Manna Worldwide, a Fort Worth-based nonprofit with multiple offices around the world, including in Denver.

All profits from the coffee shop will be donated to Manna, which builds orphanages, schools and nutrition centers for impoverished children around the world and helps provide access to education, clean water and medical needs. 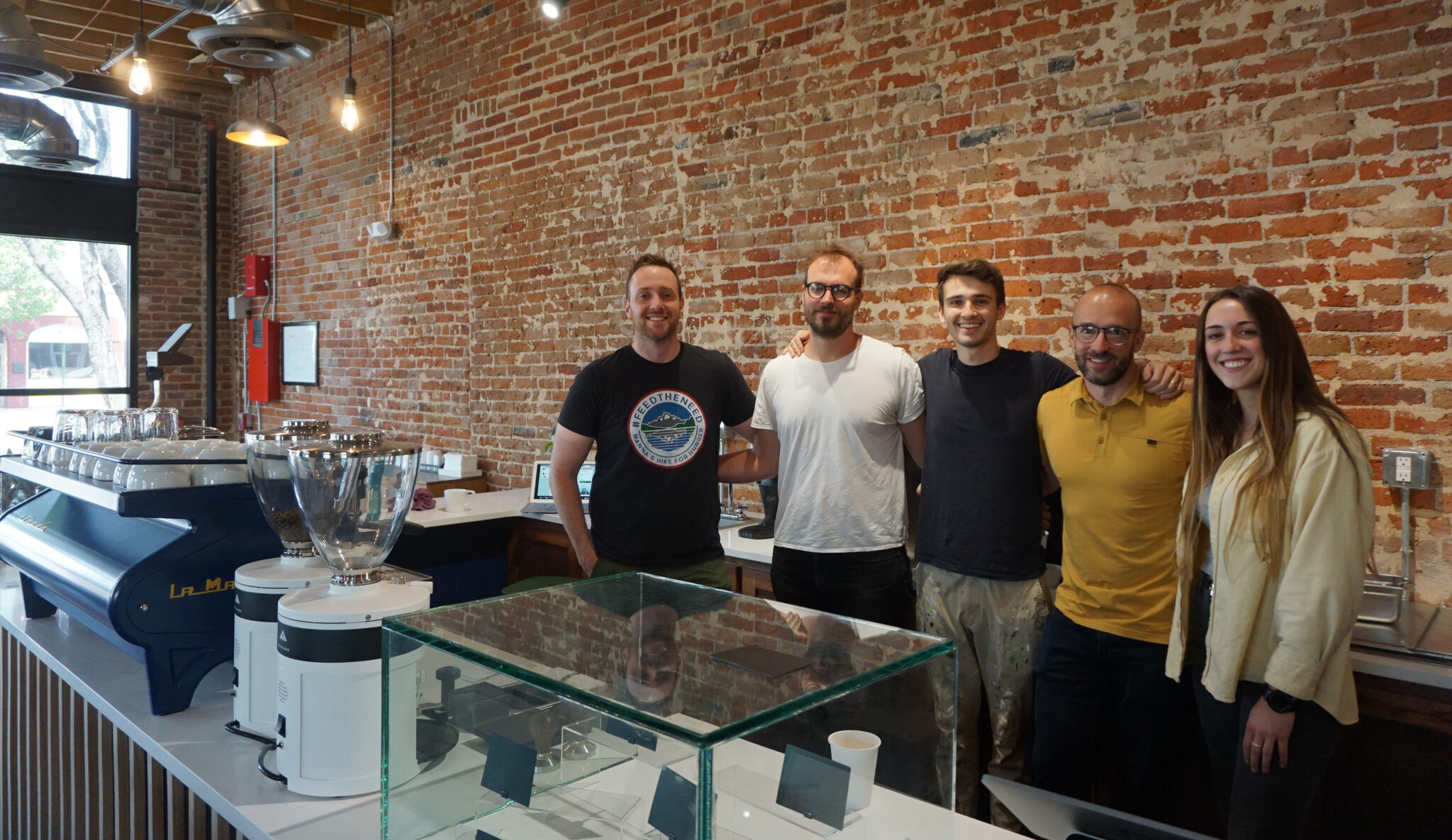 Keith O’Neal, Manna’s executive vice president and the son of the nonprofit’s founder, Bruce O’Neal, said he plans to take over his father’s role as CEO next year, and eventually move the nonprofit’s headquarters here.

O’Neal said he’s always been a coffee enthusiast, and while exploring new philanthropy efforts for the organization he came up with a business plan to start a private label coffee business.

“I didn’t want to host another golf tournament or silent auction,” he said. “Those things don’t give me life, so I decided to pair two things I do love together: coffee and helping kids.”

In 2015, he contracted with a Colorado Springs coffee roastery and launched Mango Tree Coffee, selling beans and grounds direct to consumers online and donating the proceeds to Manna.

The next year, Manna bought the roastery. And in 2017, the nonprofit purchased a coffee farm in Antigua. 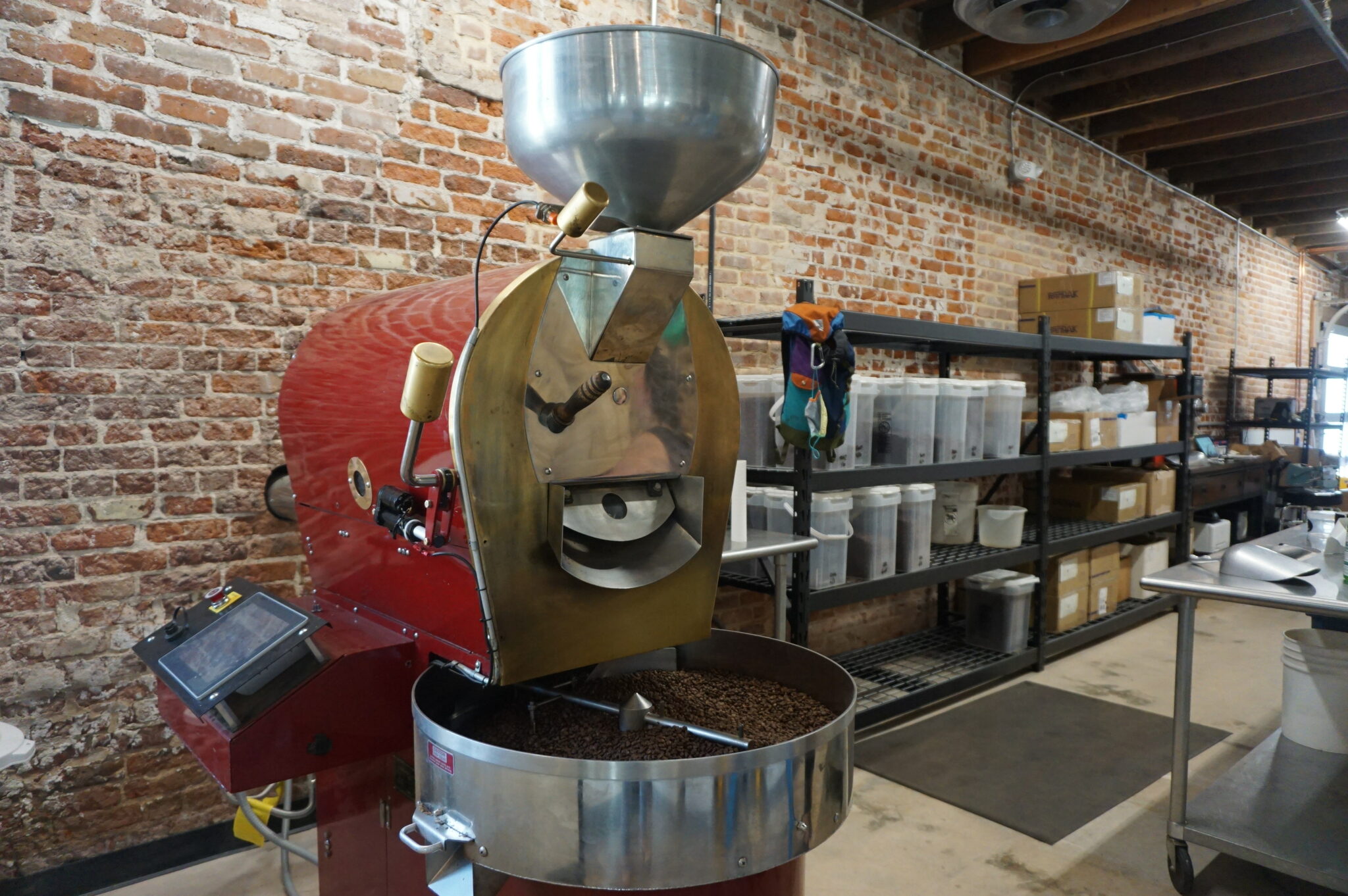 “Our business plan was to produce a private label coffee, and if that went well, we knew we wanted to roast our own coffee so we’re not reliant on anyone else because the margins are so small,” O’Neal said. “And if that went well, we planned to open our own retail shop, buy a farm in one of the countries we work in, and later franchise the business. And so far, we’ve done everything but franchise.”

The Englewood store will be the first Mango Tree location. O’Neal and a fellow Manna volunteer, Marc Corona, who is also the shop’s general manager, signed a lease in 2018 for the 3,200-square-foot space, which had been vacant for years.

They gathered $300,000 in donations and the next year began building out the shop’s interior on their own. O’Neal said they worked out a deal with the landlord to pay half the price of rent for the first couple of years and won’t be paying full price until July.

“We did all of the construction ourselves and cut costs in half, saving half a million dollars,” O’Neal said.

O’Neal has already moved the roastery business into the space, as well as Manna’s nine-member Denver office, which was previously located in Cobalt Workspaces coworking in Englewood. In a year, however, he hopes to shift both to a separate warehouse.

Mango Tree, which will be open from 6 a.m. to 6 p.m. Monday through Friday and from 7 a.m. to 5 p.m. on Saturday, will serve coffee sourced in part from its own farm in Antigua, Guatemala. It will also sell smoothies, kombucha from Englewood-based On The Fence, breakfast burritos from Golden-based Bonfire Burritos and pastries from Greenwood Village-based Revolution Bakery. 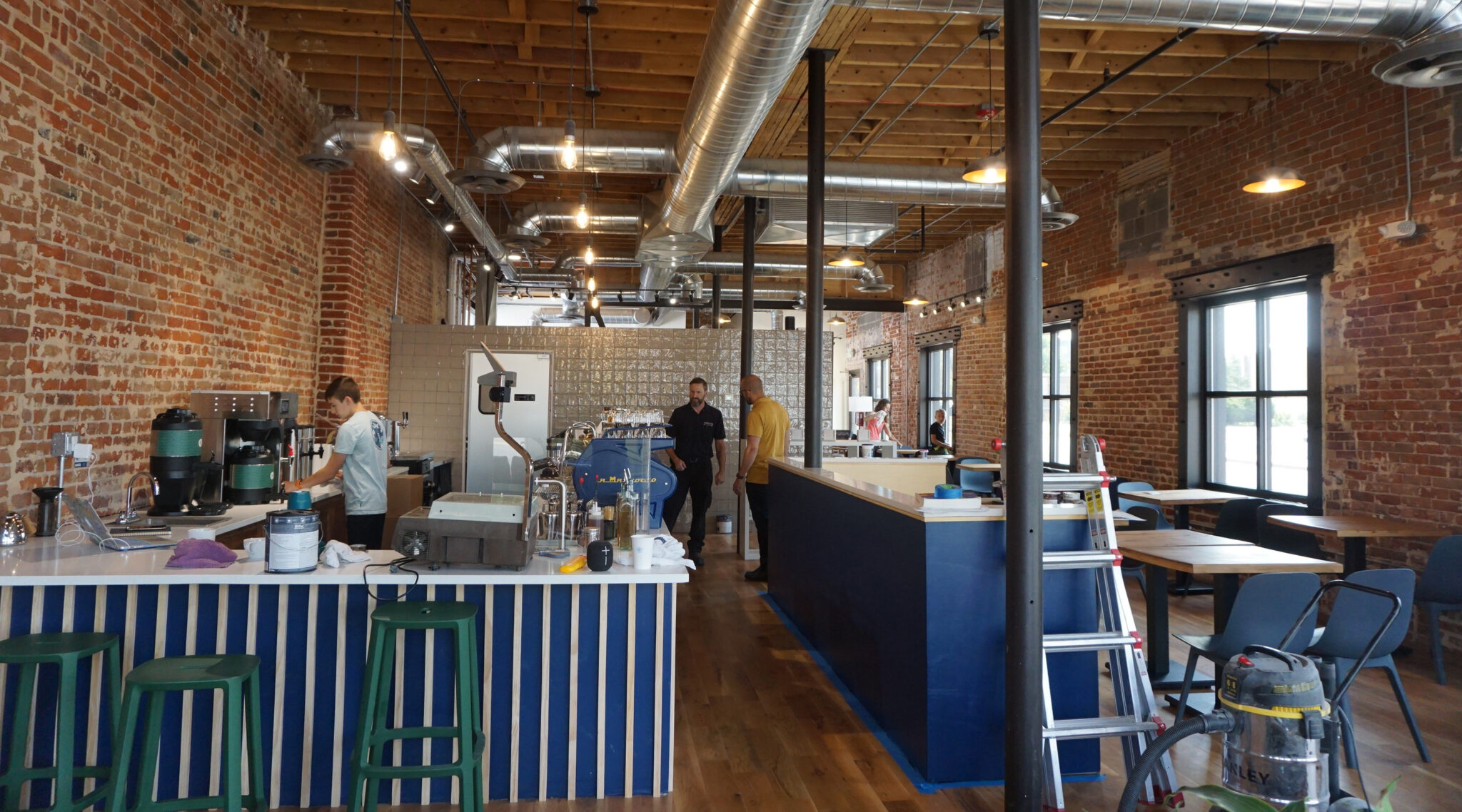 O’Neal said his team completed most of the build out on their own, saving half a million dollars in construction costs.

O’Neal said employees and flyers will educate customers on the shop’s philanthropic mission.

Only some of the coffee sold at Mango Tree will be grown on Manna’s farm, because it only produces 600 pounds of coffee a year. But O’Neal said production was just one goal of the purchase.

“We had kids that were getting older, so we needed more space and started looking for an orphanage location on a coffee farm to start a jobs program,” O’Neal said. “After a lot of searching, God opened the door for us. Since it’s smaller, it’s not going to be a profit center for us. But what it can do is help create a better life for some of these kids aging out of the orphanage. If you understand the coffee business in that area, you can get great jobs, and these kids are getting opportunities to break that cycle of poverty.”

O’Neal’s father Bruce, who grew up poor himself, started Manna in 2001 as a small nutrition center in the Philippines, and now the organization operates more than 230 projects in 50 countries, partnering with missionaries, churches and other organizations.

O’Neal joined the nonprofit in 2005 after a trip to Mongolia to visit one of Manna’s projects.

“I worked in international business for 10 years, but after my trip to Mongolia, I was amazed by what I saw,” he said. “People were feeding and educating kids and not expecting anything in return, and it just seemed very pure and good. But Manna doesn’t pay its directors salaries, you have to raise it on your own. It was a hard leap. But 16 years later, I haven’t looked back.”

Mango Tree Coffee is a division of Manna Worldwide, and plans to donate all profits to the parent organization. Manna builds orphanages and schools.