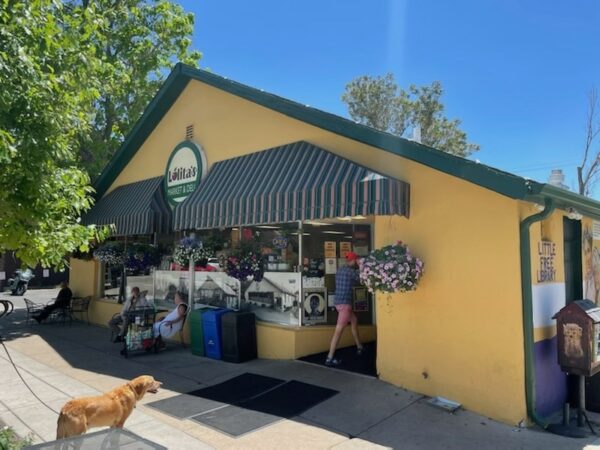 Lolita’s Market and Deli at 800 Pearl St. The store and its building, which is a designated historic landmark, were purchased this week by the owners of Lucky’s Market. Christopher Wood/BizWest.

The owners of Lucky’s Market have purchased Lolita’s Market and Deli.

Bo and Trish Sharon, who founded Lucky’s in 2003, acquired Lolita’s and the building at 800 Pearl St., they said in a press release.

According to Boulder County property records, the Sharons also acquired the vacant lot to the east of the building. The sale of the building and land closed Monday for $4.95 million.

“Bo and Trish have built an enterprise from scratch in our community through a knowledge of the local market needs,” said Boulder Chamber president and CEO John Tayer. “I’m very confident their decision to purchase Lolita’s will be in line with the values that they have maintained in their business practices while meeting the needs of the community.”

The Sharons purchased Lolita’s from Libby Cook and Randy Clapp, who had owned and operated it since 1985. The deli’s building, which was constructed as a mining facility in 1876, received a historic landmark designation in 2008.

“Ms. Cook and Mr. Clapp are thrilled to be passing on the legacy of Lolita’s Market and the 800 Pearl Street building to local ownership and look forward to devoting more time to their families and their nonprofit endeavors,” the statement reads.

It’s unclear whether Lolita’s will continue to operate under the same brand.

Since the closure in February of the Alfalfa’s at 1651 Broadway, downtown Boulder and the Hill have lacked a full-service grocery store within walking distance. Whether Lolita’s will attempt to fill that void under new ownership remains to be seen. The store, which originally rose to local fame behind its 24/7 hours and its fresh, homemade sandwiches, offers some groceries, drinks and snacks, but is not a full-service grocery store.

“Transitions in business ownership can be concerning when you have outside folks buy a local institution,” Tayer said. “Luckily, in this case we have two individuals who understand the local ethic and are successful entrepreneurs who I think will continue to elevate that space.”

The Sharons have operated Lucky’s Market since 2003, when they purchased and renamed the North Boulder Market at 3960 Broadway to sell local, organic food. In the years after that, they added Lucky’s Cafe, serving comfort food with locally sourced ingredients, and Lucky’s Bakehouse and Creamery, which offers homemade cakes, ice cream and pastries.

In 2013, Lucky’s expanded into eight other states, and in 2016, it received an investment from Kroger Co. that allowed it to expand to 39 locations nationwide with more than a dozen more on the way.

In 2019, however, Kroger divested its stake, and Lucky’s was forced to declare Chapter 11 bankruptcy and close or sell all but two locations — its Fort Collins store and the flagship location in north Boulder with the original Lucky’s Market, cafe and bakehouse.

Representatives for Lucky’s and Lolita’s could not be reached for further comment. 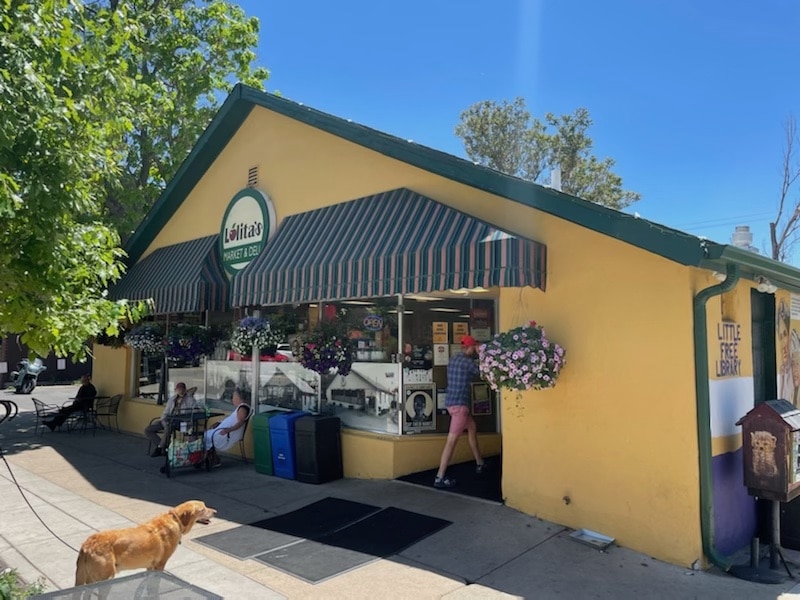 Lolita’s Market and Deli at 800 Pearl St. The store and its building, which is a designated historic landmark, were purchased this week by the owners of Lucky’s Market. Christopher Wood/BizWest.

According to Boulder County property records, the Sharons also acquired the vacant lot to the east of the building. The sale of the building and land closed Monday for $4.95 million.