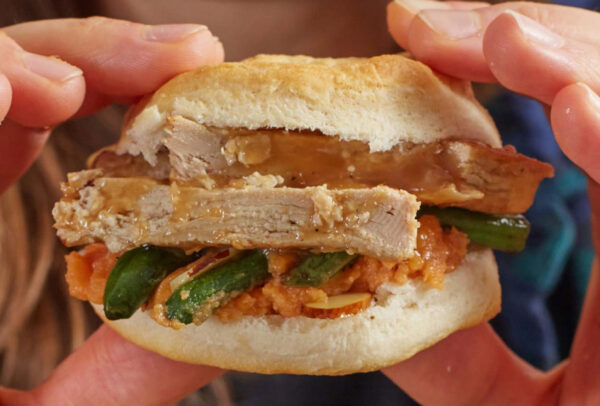 Meati Foods has signed a lease to take 76,500 square feet in a new Thornton industrial building to scale up its production of plant-based meat products, and raised $18 million in loans to finance the expansion.

Meati, which is registered as Emergy Inc. and went by that name before rebranding last summer, will occupy two-thirds of the 114,700-square-foot building at 14831 Washington St., according to a statement from broker Cushman & Wakefield. The building was delivered in 2020.

Emergy was founded in Chicago under a U.S. Department of Energy grant but relocated to Boulder since co-founders Tyler Huggins and Justin Whiteley both received their doctorates at the University of Colorado Boulder.

The company is following the concept of using fungi to mimic the flavor and texture of meat first pioneered to commercial scale by Beyond Meat Inc. (Nasdaq: BYND) and Impossible Foods Inc.

However, Meati is aiming to develop processes that replicate whole cuts of meat, such as chicken breast and cuts of steak, instead of the ground texture that larger alternative-meat producers use.

During a previous interview, Higgins and Whiteley said the company’s goal is to take its concept of producing the meat alternative in brewery-like vats and eventually scale up to make a macro-brewery in the style of a Anheuser-Busch site.

In a separate announcement, Meati said it raised $18 million in debt financing to fund the expansion as part of its plans to produce more than a million pounds of its fungi-based meat products annually.

At scale, the company claims it will be able to produce the equivalent of 2,400 head of cattle every 24 hours and reach price parity with traditional meat products.

“Our one-of-a-kind production process is nearly perfected, and now the challenge is making whole cut mycelium-based meats at the scale required to make Meati available to people across the country,” Meati Vice President of Finance Tim Thomson said in a statement. 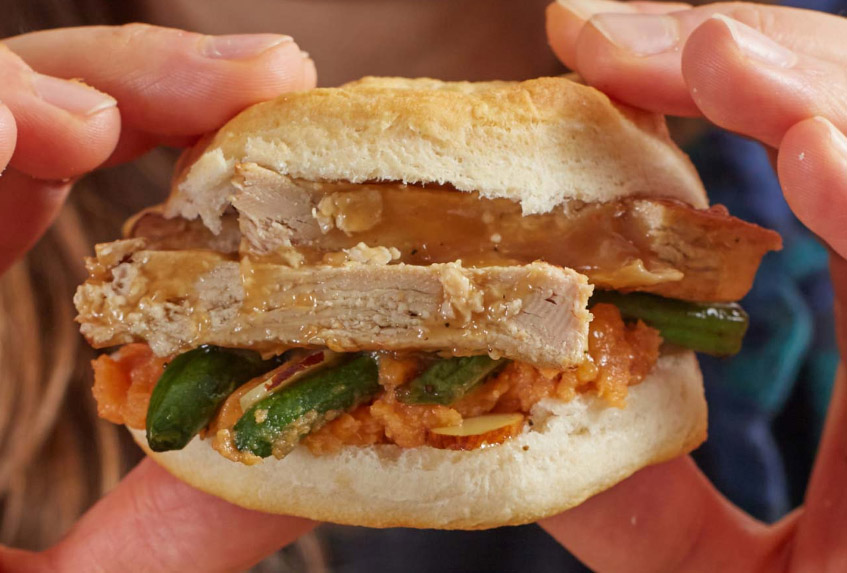 Meati Foods has signed a lease to take 76,500 square feet in a new Thornton industrial building to scale up…