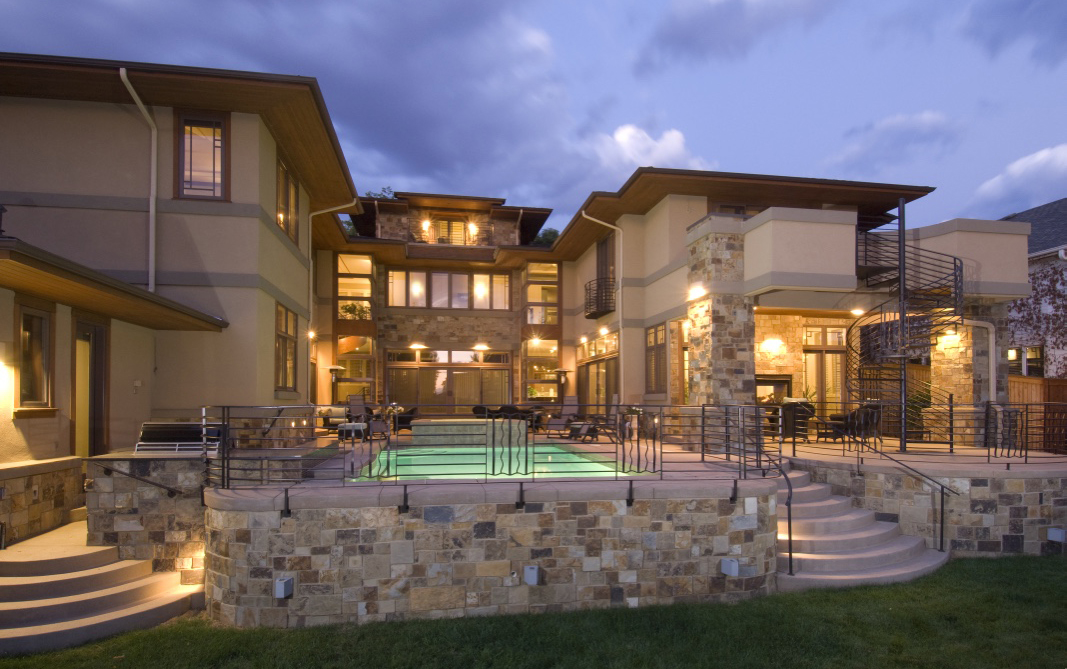 This Cherry Creek North home, built in 2008, was inspired by architect Frank Lloyd Wright’s designs and is centered around a private courtyard. (Photos courtesy of LIV Sotheby’s International Realty)

Evan Neubeiser has listed his Cherry Creek North mansion for a third time in four years.

The former attorney and his wife Renee put their 8,420-square-foot home at 373 Garfield St. up for sale for $4.9 million last month.

In 2017, Neubeiser forgoed a Realtor and listed the home himself for $5.2 million. He was offering a 3 percent commission to agents representing potential buyers. The typical rate in Denver is 2.8 percent for each half of a deal. He told BusinessDen he “didn’t want to pay 6 percent on a $5 million home.”

But as time went on and the home continued to sit on the market, Neubeiser realized his plan wasn’t as simple as he thought, according to his new listing agent Kathy Staiano with LIV Sotheby’s International Realty.

Neubeiser previously listed the home with a different Realtor in July 2019, according to MLS. The listing was withdrawn around the time the pandemic set in, Staiano said. 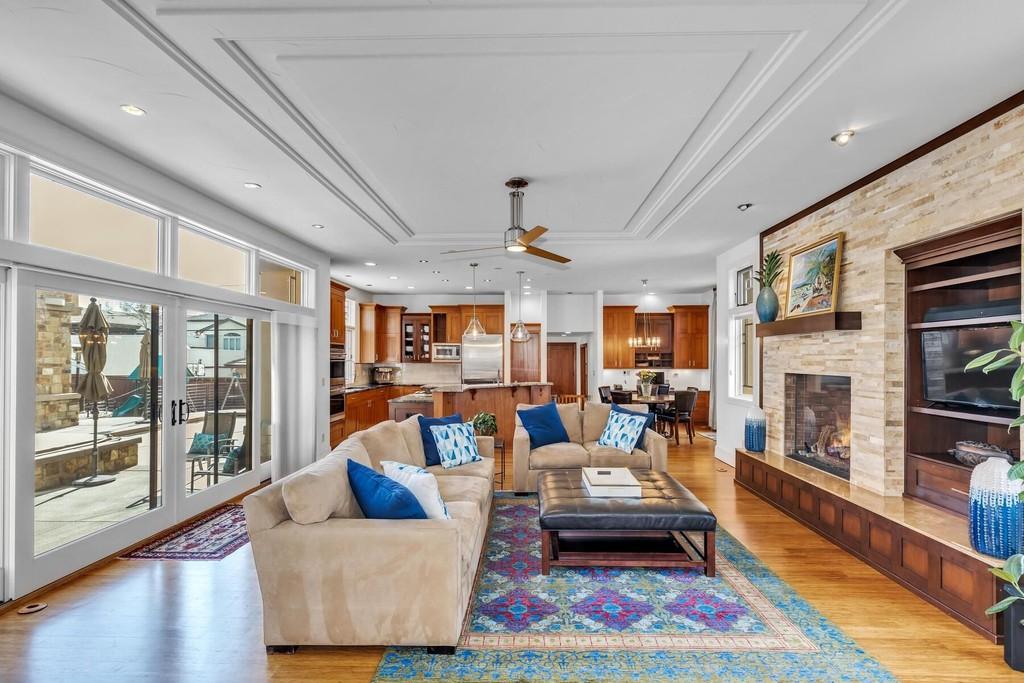 Neubeiser purchased the property for $1.05 million in 2004, according to property records. He and his wife built the house in 2008 and hired Greg Enger of Enger Architecture to design the five-bedroom, six-bathroom home.

In 2017, CBS4 News reported that Neubeiser filed a lawsuit against his neighbor for parking in a manner that, though legal, inhibited the full use of Neubeiser’s garage. He lost the case at trial, court records show.

Stats: The three-story home sits on 0.29 acres on “one of the highest lots in Cherry Creek” with front and back yards large enough for a volleyball net, according to the listing. There’s 5,343 square feet above ground, plus a 2,740-square-foot finished basement with a bar, fully-equipped workout room, and two bedrooms and bathrooms. 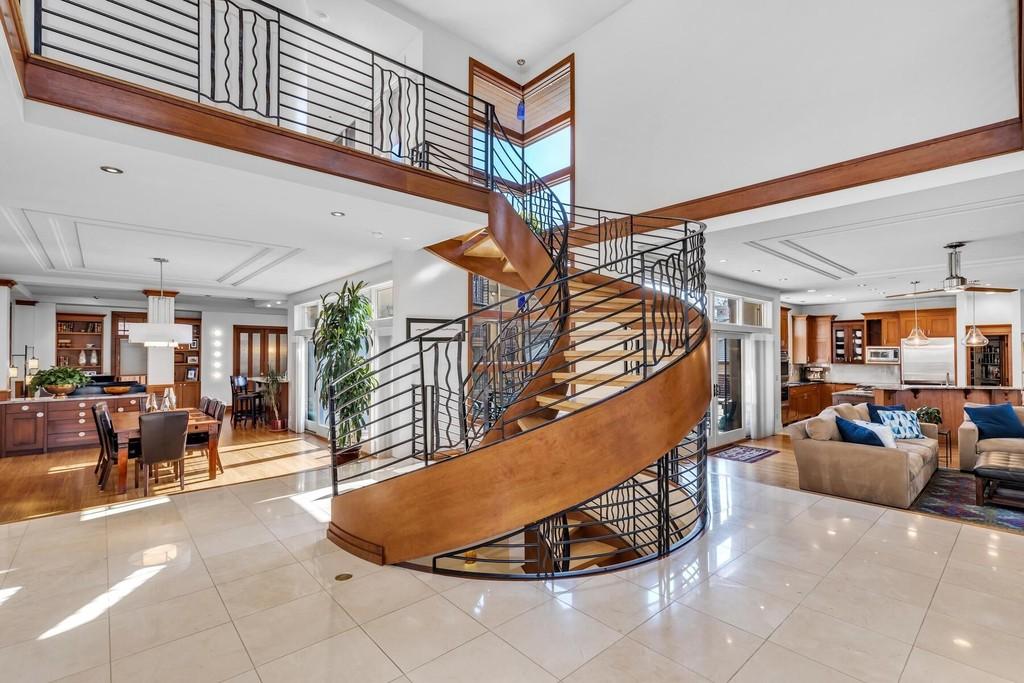 A spiral staircase greets visitors upon arrival in the foyer.

The finer things: This home was inspired by famed architect Frank Lloyd Wright’s designs. It’s built in a U-shape around a private courtyard “perfect for entertaining” with a heated pool and built-in hot tub that has views of the Front Range.

“This is a rare find because you’re able to find a pool and land in Cherry Hills, but it’s hard to come across something like this in Cherry Creek North,” Staiano said.

A spiral staircase that climbs all three stories of the home greets visitors in the foyer. There’s also a chef’s kitchen on the main floor with a spacious dining area that opens into a great room with a cozy fireplace.

Upstairs, there’s a crow’s nest with a patio above the master bedroom that provides unobstructed views of Longs Peak, Mount Evans and Pikes Peak.

Sellers: Evan Neubeiser, formerly a lawyer, co-founded Digital Media Communications with his brother in 1996 and remains a co-owner. Renee is a nutritionist and manager for Boulder County Health.

Correction: This story has been updated to note an additional time that the owner listed the property for sale.

This Cherry Creek North home, built in 2008, was inspired by architect Frank Lloyd Wright’s designs and is centered around a private courtyard. (Photos courtesy of LIV Sotheby’s International Realty)