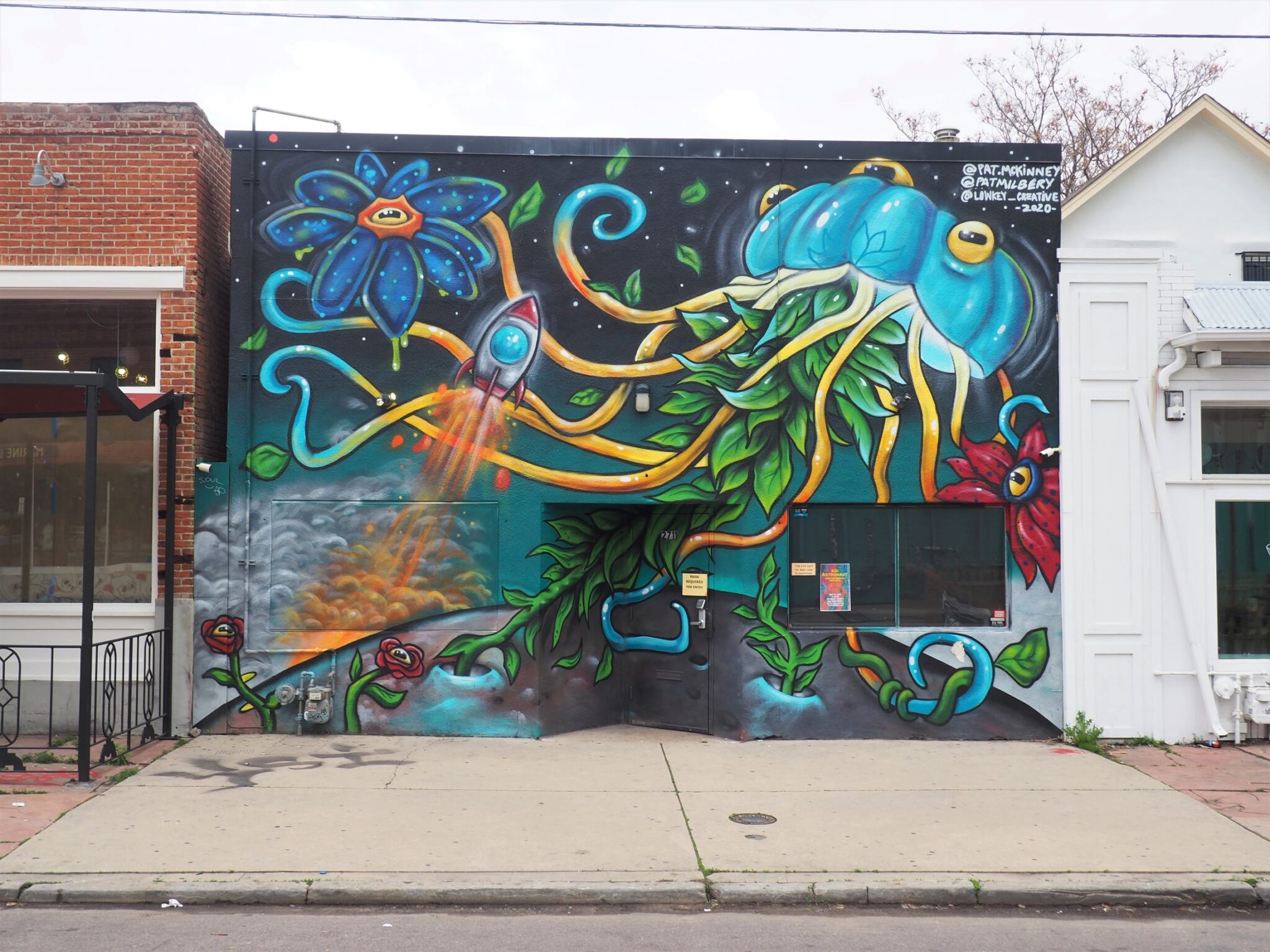 The front of the 2711 Larimer St. building features a mural that combines space, floral and underwater themes. (Thomas Gounley photo)

A small RiNo building that houses a business renting practice space to bands has sold.

2711 Larimer St LLC purchased the building at that address last week for $1.67 million, according to public records.

The building is 3,912 square feet, according to property records, which makes the deal worth $427 a square foot. It sits on a 3,131-square-foot lot.

RocketSpace, which operates in the building, rents rooms on an hourly basis 24 hours a day. The rooms are stocked with a drum kit, amp and microphones, according to the company’s website.

Kate Innes, who has previously been identified as RocketSpace’s owner and signed the sales paperwork on behalf of RocketSpace LLC, said in an email that “the building itself has been sold but I’m still involved and RocketSpace carries on as usual.” She didn’t respond to further questions.

As for the buyer, Gwen Campbell signed loan documents associated with the sale, listing herself as a member of 2711 Larimer LLC. She owns music venues Larimer Lounge, which is on the same block as RocketSpace, as well as Globe Hall in Globeville and Lost Lake Lounge along Colfax Avenue in Congress Park. Campbell didn’t respond to a request for comment.

The front of the 2711 Larimer St. building features a mural that combines space, floral and underwater themes. (Thomas Gounley photo)

RocketSpace, which has rooms stocked with a drum kit, amp and microphones, “carries on as usual,” according to its owner.