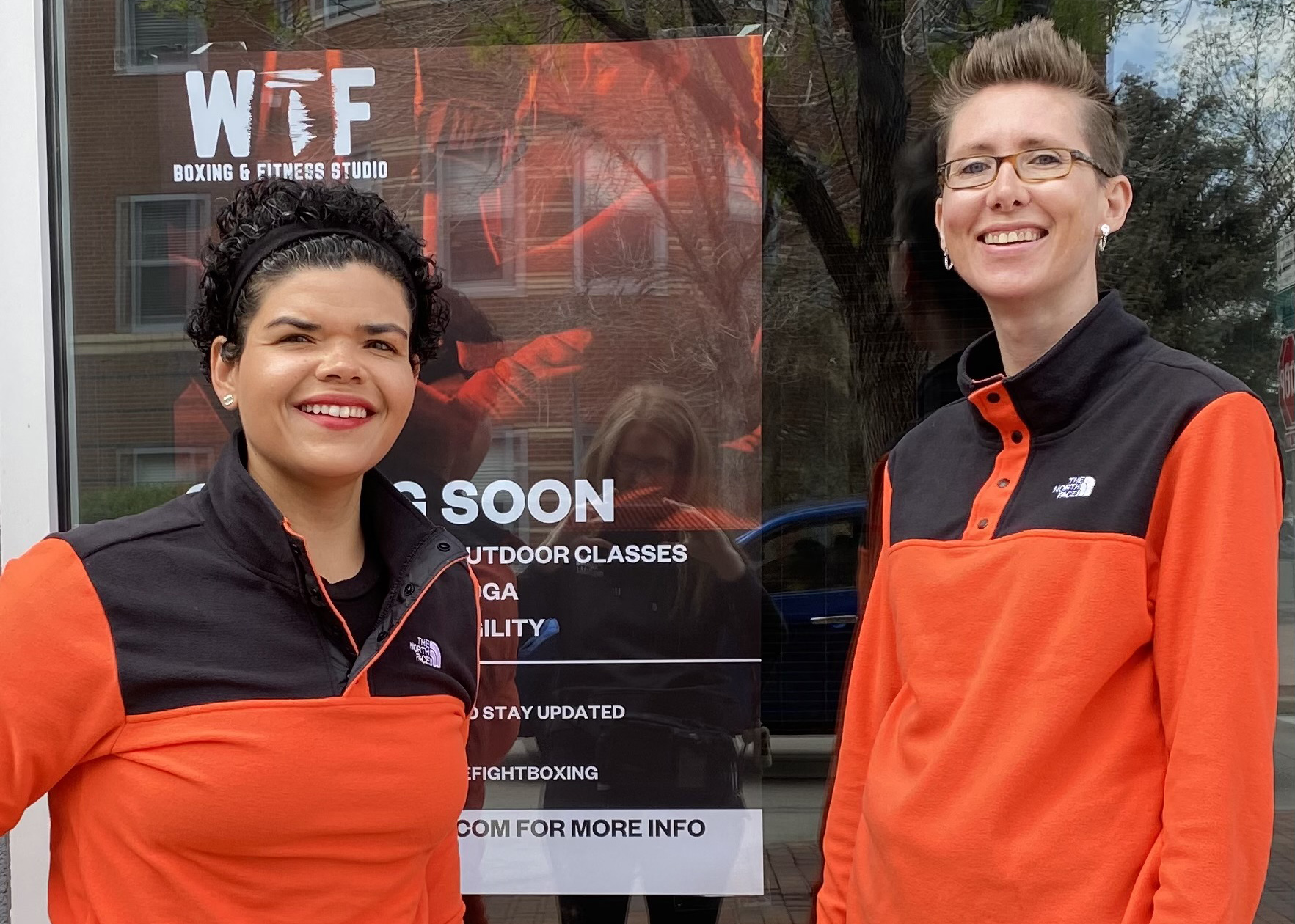 Growing up, Gladys Stork battled with her weight. After a significant weight loss 10 years ago, she turned to boxing to help her maintain it.

“Even after I lost the weight, I still lacked confidence, and didn’t find it until I started hitting some bags,” Stork said.

Gladys and her wife Emily moved from New York City to Denver two years ago, but she had difficulty finding a gym that was dedicated to fitness boxing, where customers spar with heavy-weight bags. Other gyms in the area, such as Tao of Boxing in City Park West, host sparring training sessions in a ring, or have a broad focus while offering individual boxing classes, like local fitness chain Endorphin.

So, the couple plan to open Worth the Fight Boxing & Fitness studio at 1999 Pennsylvania St. in Uptown in September.

“A lot of fitness studios are pretty intimidating, like CrossFit, so we wanted to create a space that’s inviting for people who are anywhere in their fitness journeys,” Gladys said. “We want everyone to feel they are worth the fight, hence the name.”

Gladys, 38, was previously marketing director for Comedy Central in New York and wanted to change up her career after making the move out west. She worked for CityRow’s Uptown franchise, which closed as a result of the pandemic, and had considered opening a fitness franchise herself. But she said she was turned off by the limitations that came along with it.

Although Gladys had never run her own studio, she said she had punched in enough hours at the gym and made some friends along the way who helped her understand the business. When she presented the idea to Emily, who was working full-time as a corporate attorney for Denver-based Holland & Hart, she decided to quit her job and enter the ring.

“We want to put all of our effort and time into this business since it is a learning curve for us and want to see it succeed, and if it doesn’t, I can always fall back on my law degree,” Emily said.

“We’re sort of like Yin and Yang,” Gladys added. “Our skill sets, while different, are very compatible. I am passionate about the fitness side of things, as well as the marketing, and Emily’s legal expertise helps her focus more on logistics behind the business.”

Worth the Fight’s studio will have 24 five-foot heavy bags for people to train with.

The couple, who live in Uptown, signed a lease for the 2,800-square-foot space, where Scales Pharmacy used to be, in January.

Worth the Fight’s studio will feature 24 five-foot heavy bags around the room, as well as Terra-Core balance machines, TRX Suspension Trainers and jump ropes. Boxing gloves will be available for rent and purchase.

Signature classes will be around 55 minutes long with a warm-up, six rounds of boxing, and strength, high intensity interval training and core work, they said. There will also be boxing classes followed by Pilates-inspired yoga.

“Not only do I want to give people the opportunity to find the same release that I did through boxing, but we also want to program workouts to help people train like a boxer,” Glady said. “A lot of people don’t know that the inventor of Pilates was a boxer, and it’s meant to help fighters recover.”

The Storks have invested their own savings into Worth the Fight and plan to hire around 10 trainers, plus a studio manager to help them run the day-to-day operations. They have not set prices yet, but will have options for individual classes and monthly memberships.

This summer, prior to opening, they are hosting corporate team building events and outdoor “Field Day Fight Club” classes starting in June in Benedict Fountain Park, across the street from the studio.

Gladys and Emily Stork are opening Worth the Fight Boxing & Fitness where Scales Pharmacy used to be at 1999 Pennsylvania St.