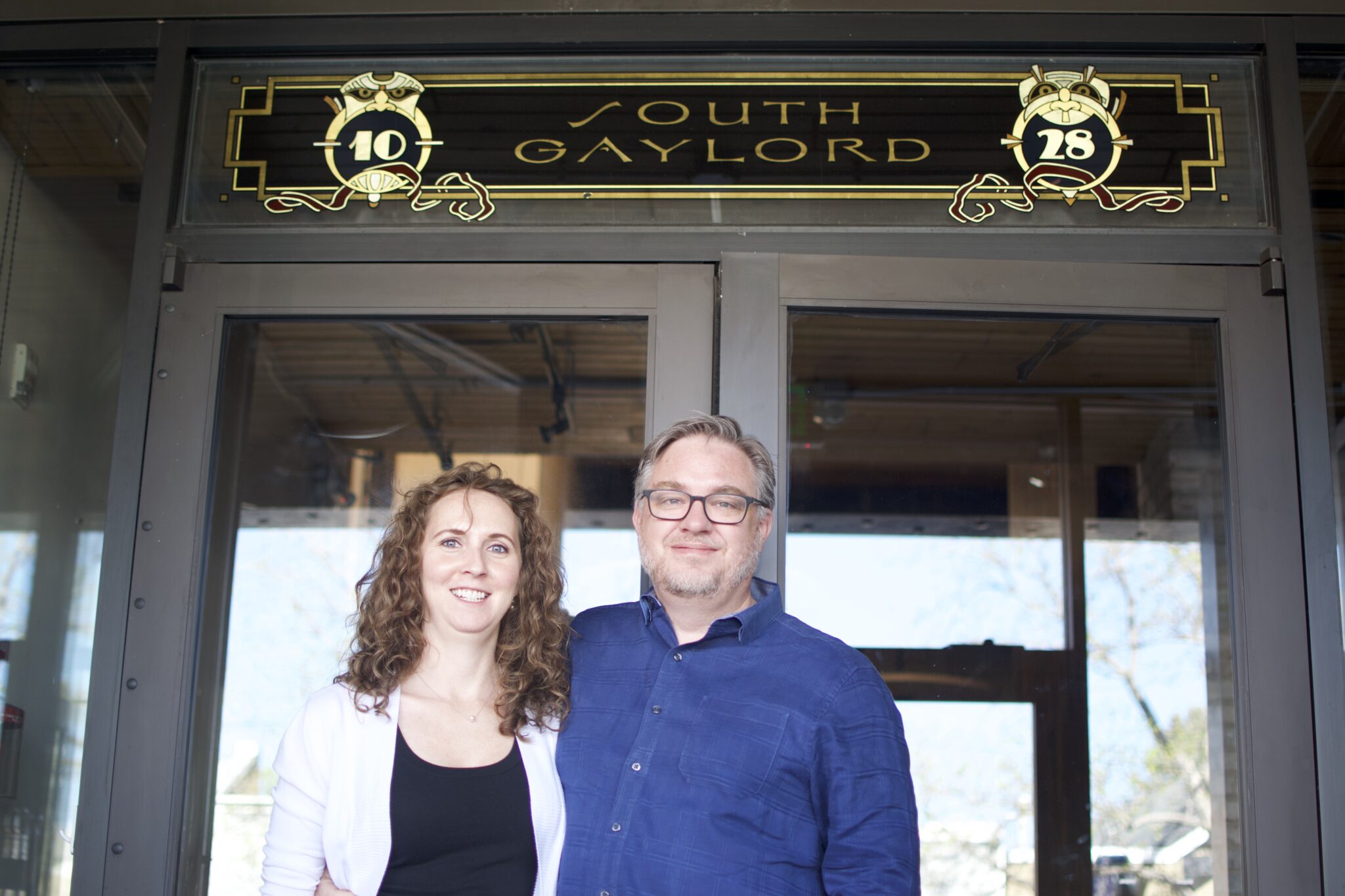 Danielle Sandusky and her husband Matt Hubbard purchased the building at 1028 S. Gaylord St., where they plan to move their Modern Bungalow furniture store from University Hills. (Cuyler Meade photo)

Wash Park is getting a new furniture store.

The former site of Charcoal Bistro on Gaylord Street will become the new home for Modern Bungalow, an Amish furniture store that’s operated out of a strip mall along Colorado Boulevard in University Hills since 2003.

Danielle Sandusky and her husband Matt Hubbard purchased Modern Bungalow from its retiring former owners in 2017. They hadn’t ever run a retail outlet before, but knew at the time they would want to move the store eventually.

“When we walked in the store, it felt like being transported to a different world,” Sandusky said. “This does not belong here.”

After years spent learning the business and searching for the perfect place to relocate, the couple settled on 1028 S. Gaylord St. They purchased the building for $1.95 million last week.

“You look at South Gaylord, you look at Wash Park, it’s like, ‘Yes, this goes here,’” Sandusky said. “We had mapped out our customer base, everybody we’d delivered furniture to in the last three years. We put them on a map. We had a few outliers — Castle Pines, Boulder — but the core of our customer base is in central Denver, especially constituted around Wash Park.”

The building was sold by 1028 Gaylord LLC, which purchased the property in 2013 for $1.8 million, records show. The seller was represented by Peter Sengelmann, Eric Diesch and Jackson Coon of Pinnacle Real Estate Advisors.

Modern Bungalow is taking over the former home of Charcoal Bistro at 1028 S. Gaylord St. in Wash Park. (Courtesy of Danielle Sandusky)

Next for the building, which decades ago was a silent film theater, is construction.

“It’s a lot easier to take a restaurant out than put one in. But it’s still a lot of work,” Sandusky said. “There’s a little sliver on the north side being rented out to a guy who’s been there 15 years doing personal training, and he’ll … continue to rent from us. We’ll have the rest of the building, demo out the restaurant, and refinish as a showroom. We’ll add some square footage, extending the second floor a bit.”

Southwood Construction is the general contractor on the remodeling. Once the extra space is added, the building will be about 6,900 square feet, on about a tenth of an acre.

Owning a furniture store was a mid-career left turn by the Sandusy and Hubbard.

Sandusky, a former energy commodities trader, and Hubbard, who was in banking software, were ready to take on a new direction after their son was born in 2015.

“We looked at a bunch of other businesses, kind of a hobby to sign NDAs and get financials and look at this or that and say ‘Oh, this is why they’re getting out from under that,’” Sandusky said with a laugh. “But we found this one and realized these people are legitimately retiring. We walked in and it was a big ‘Aha’ for us. Real super-high quality stuff. Why didn’t we shop here? The answer was we didn’t know about it, and that’s a problem we can solve.”

The new owners set to work expanding marketing, Sandusky said, and this move is the lynchpin of that effort.

“We’re excited to move closer to our customer base, and it’ll be a great community to be a part of,” she said. “We’re looking forward to connecting with the other businesses on Gaylord and being part of that group.”

Permitting is in progress, but Sandusky said she hopes to be underway on construction this summer and moved in by fall.

Danielle Sandusky and her husband Matt Hubbard purchased the building at 1028 S. Gaylord St., where they plan to move their Modern Bungalow furniture store from University Hills. (Cuyler Meade photo)

“You look at South Gaylord, you look at Wash Park, it’s like, ‘Yes, this goes here,’ ” said a co-owner of Modern Bungalow of the 1028 Gaylord St. building.