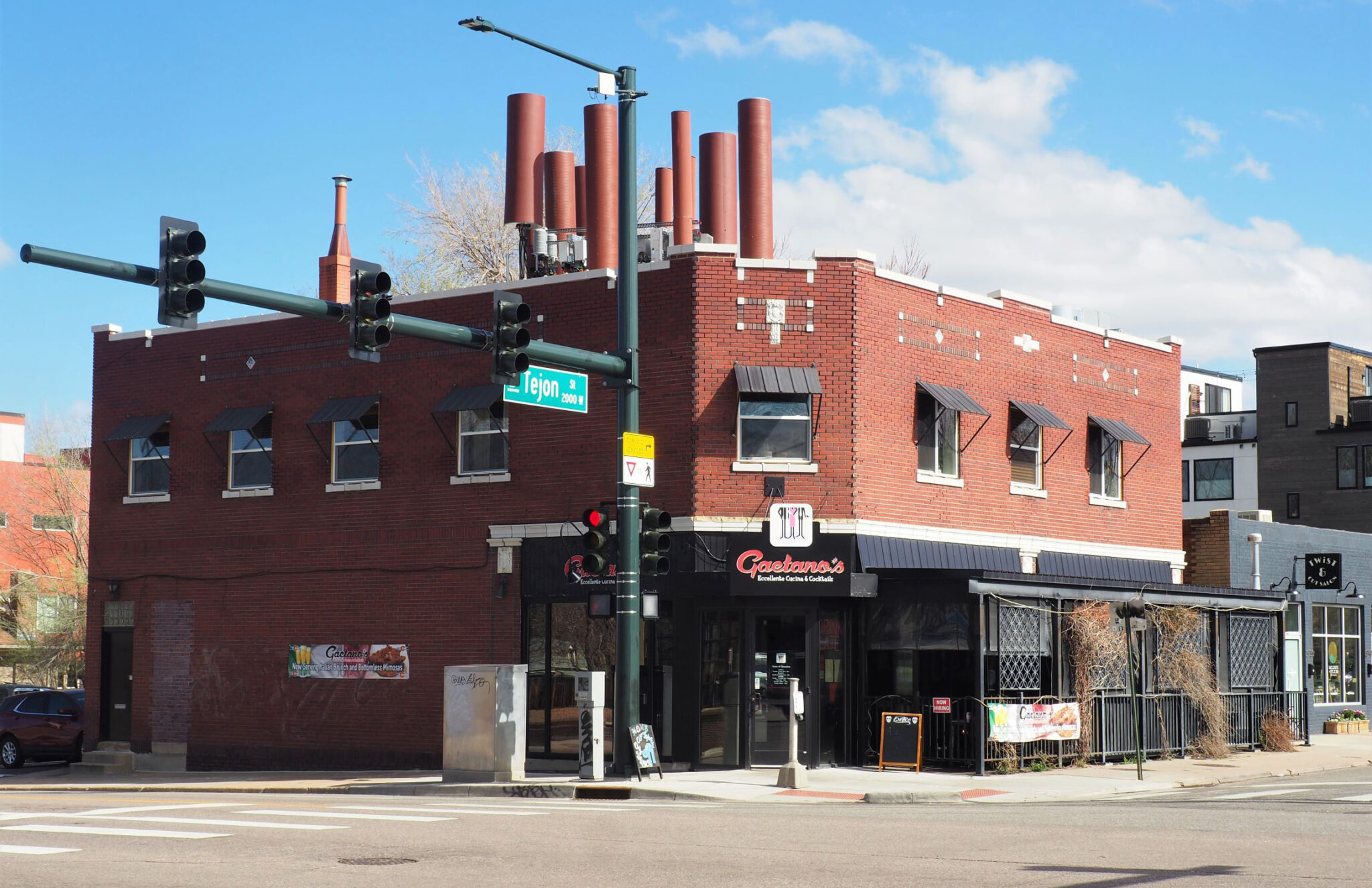 Gaetano’s is at 3760 Tejon St. in Denver. (Thomas Gounley photo)

Ron Robinson apparently made them an offer they couldn’t refuse.

Robinson, who has owned Italian restaurant Gaetano’s in Highland since 2013, now owns the restaurant’s history-laced brick building, too.

Robinson purchased the Highland properties at 3760 Tejon St. and 2018 W. 38th Ave. in late April for $2.6 million from an LLC managed by Wynkoop CEO Lee Driscoll, according to public documents.

Gaetano’s, once owned by the notorious Colorado Smaldone crime family, was said to have been a hub for illegal gambling and bootlegging back in the 1940s when it was first opened.

While revenge and a good antipasto are both dishes famously best served cold, there’s no evidence of bad blood between Robinson and Wynkoop Holdings.

Robinson was part of the Wynkoop team with now-Sen. John Hickenlooper when the Smaldones sold Gaetano’s to the company in 2004. According to media coverage from 2013, Robinson left Wynkoop to fulfill his dream of owning a restaurant, ultimately buying Gaetano’s from the company. That original deal didn’t include the real estate.

The Gaetano’s building itself, with the Tejon Street address, is listed at 4,934 square feet on 0.14 acres. The building was built in 1925. The similarly sized 38th Avenue parcel also included in the sale is a parking lot across the street.

Gaetano’s is at 3760 Tejon St. in Denver. (Thomas Gounley photo)

The seller bought it for $751,000 in 2004 from the notorious Smaldone crime family, which made it a hub for gambling and bootlegging in the 1940s.