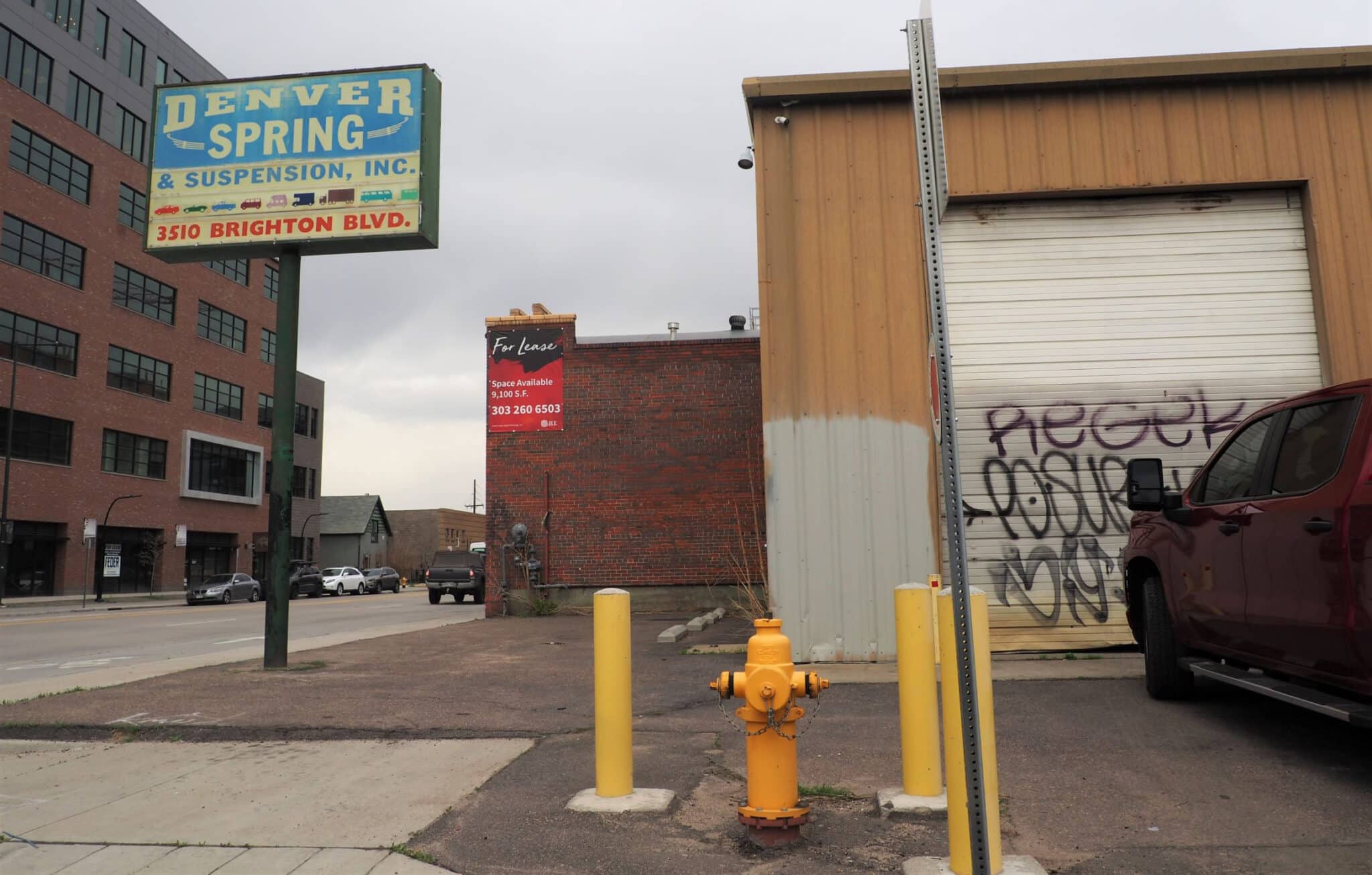 The site was once home to Denver Spring & Suspension, a truck repair shop. (Thomas Gounley photos)

Another apartment complex has been proposed along RiNo’s Brighton Boulevard.

The ground floor would feature retail space along Brighton, and five “live/work” units along 35th Street. The second and third floors would be devoted to parking.

There would be 170 residential units on floors four through 12, according to the plans. The 12th floor would also feature rooftop amenity space, including a pool. 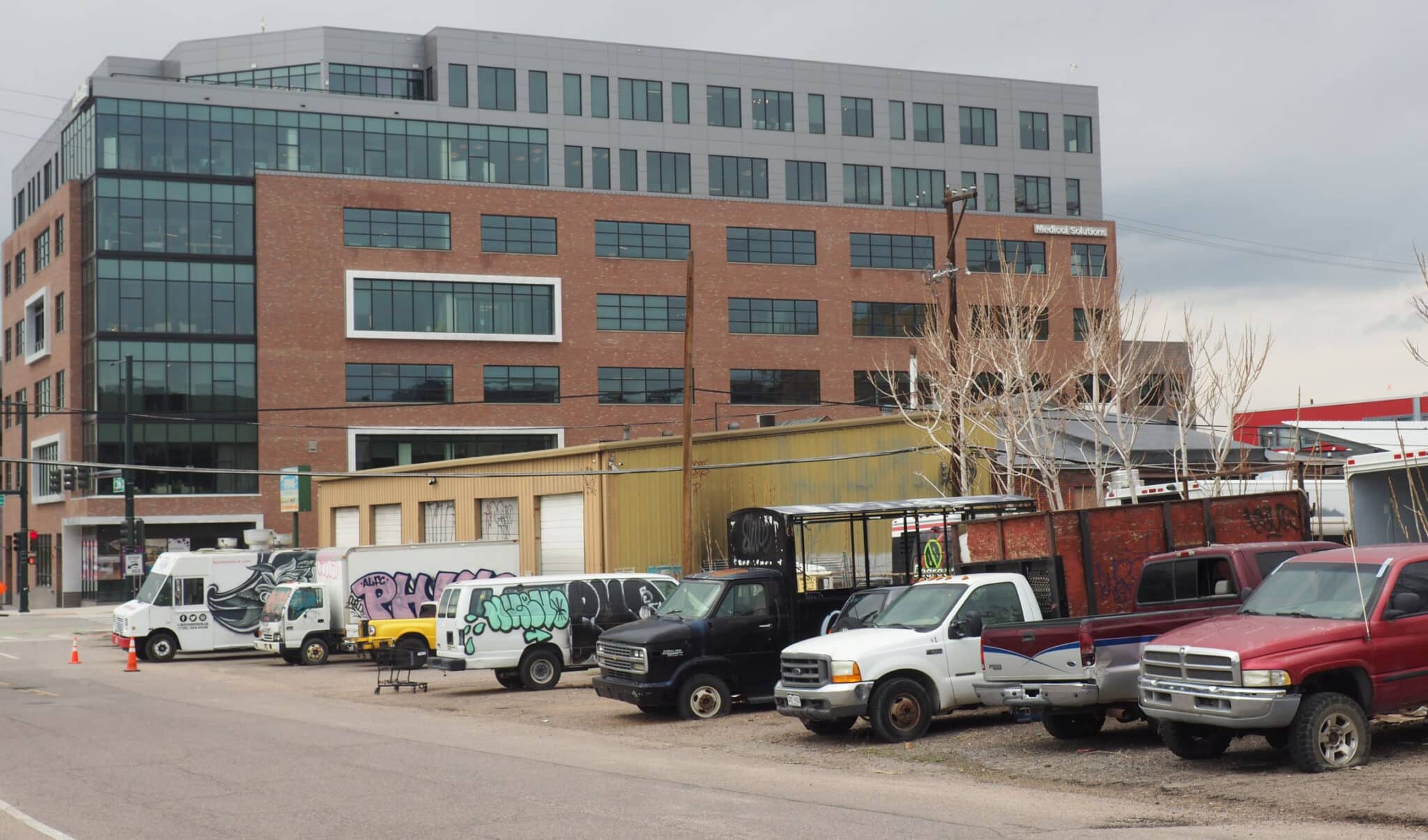 The site is across the street from the Catalyst office building.

The project would take advantage of a zoning overlay district around RTD’s 38th and Blake rail station, which allows developers to build taller than zoning would normally allow in exchange for incorporating income-restricted units. The proposed project would require 13 such units, according to the plans.

McCaffery is also a partner, along with Houston-based Hines and Ivanhoe Cambridge, in the six-story T3 office building planned for 3600 Blake St. in RiNo. The companies held a groundbreaking ceremony for the project in February 2020, but then held off on actually starting construction as the coronavirus pandemic set in.

McCaffery doesn’t yet own the site of its proposed apartment complex. The parcels are owned by Denver Spring Investors LLC, an entity affiliated with Denver-based Tributary Real Estate, which purchased them for $2.5 million in early 2016.

Denver Spring & Suspension, a truck repair shop, operated at the site prior to the 2016 sale. Colorado Food Trucks And Restaurant Equipment has used the space more recently.

The site is across the street from Koelbel & Co.’s Catalyst office building.

The site was once home to Denver Spring & Suspension, a truck repair shop. (Thomas Gounley photos)

Chicago-based McCaffery Interests submitted a concept plan to the city last week for a 175-unit building at 3510 Brighton Blvd. and 3509 Wynkoop St.