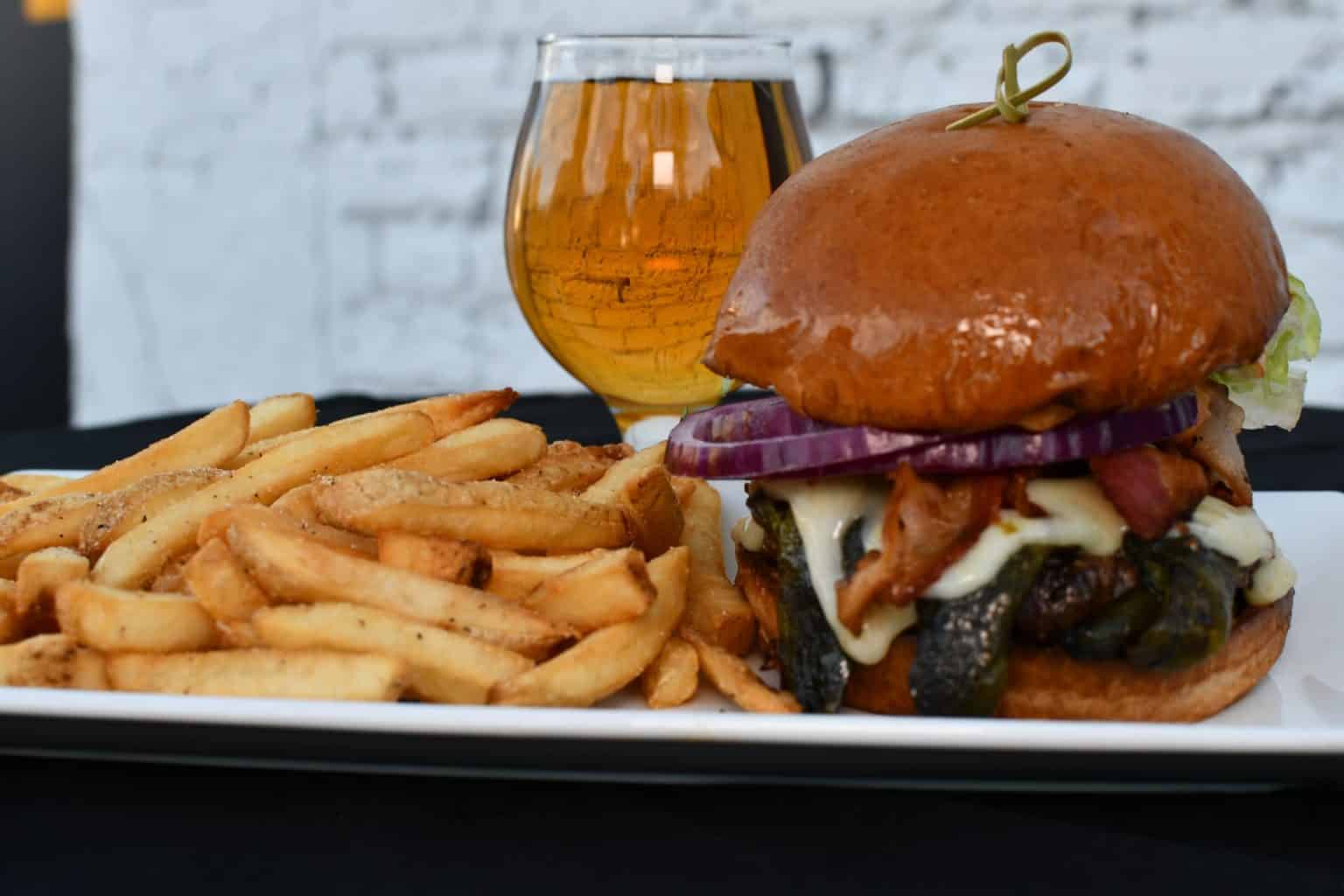 Devour The 303 and The Sweet Spot reopened on April 8. (BusinessDen file)

Four months ago, Sam Armatas decided it was time for Devour The 303 to shut down for good.

The American-style restaurant at 1135 E. Evans Ave., which debuted at the edge of Platt Park in 2018, was hardly breaking even without dine-in customers, and Armatas said he was dealing with some family health issues throughout the pandemic.

He announced on social media in December that he was permanently closing Devour The 303 and his adjacent dessert and ice cream cafe, The Sweet Spot, which was added last March.

“I don’t think anyone in this industry thought we could just be shut down,” Armatas said. “If you were built for delivery, you thrived. But for those of us built for in-house service, it was almost impossible to break even. So, it made sense to close down completely knowing how much we were losing.”

But as the weather warmed up, vaccines began to roll out quickly, and a second round of PPP funds was distributed, Armatas found “a glimmer of hope,” he said.

On Thursday, he reopened both of the concepts.

After shutting down in the winter, Armatas’ landlords gave him a six-month window to figure out what he was going to do next, he said. When he received some federal relief, “the idea of reopening became possible again.” 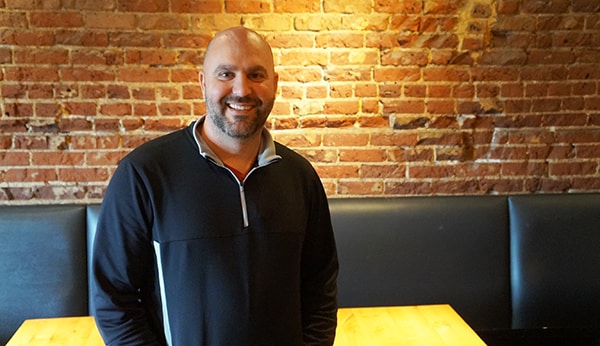 Sam Armatas is the owner of Devour The 303.

But this time around, Armatas said, he “wants to be smarter.”

Before the pandemic, Devour The 303’s hours and menu were geared more for daily lunch service and brunch on the weekends.

As it reopens, the restaurant now caters more toward the neighborhood dinner crowd and is open from 4 p.m. to 9 p.m. Tuesday through Saturday. Devour The 303, which is known for its burgers, aims to source ingredients locally, hence the name.

“A lot of customers don’t understand what’s happened with the restaurant industry’s supply chain and how hard it is to get product in a timely fashion and for the same prices as last year,” Armatas said. “So, we made some price adjustments and altered our menu to be a little higher-end. We’ve added some more pasta, burgers and sandwiches and have a total of 11 entrees.”

“We’re transitioning from more of a lunch tavern into a neighborhood restaurant,” he added. 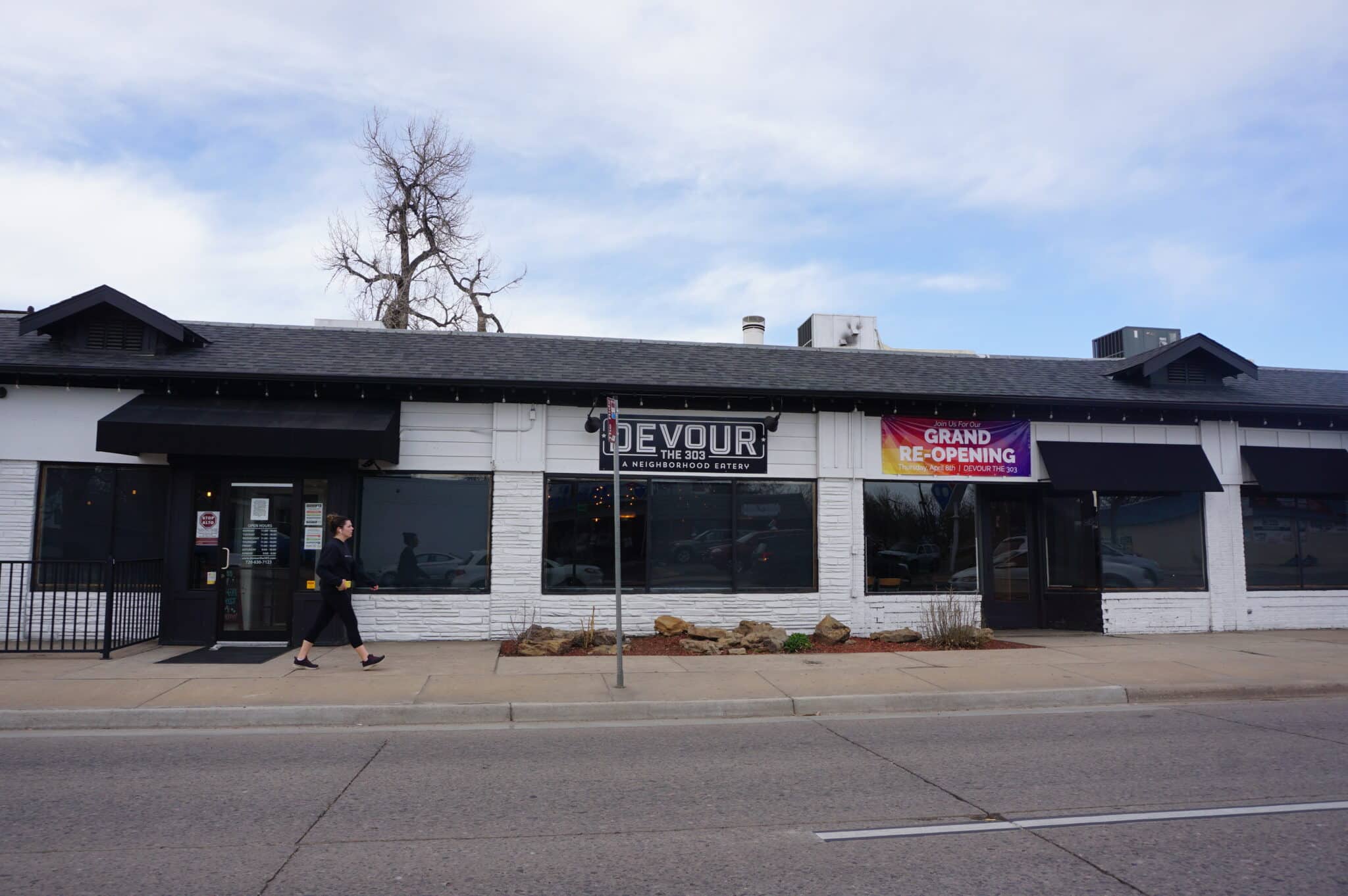 Eventually, Armatas plans to add back lunch and brunch services and extend hours, “once we’re getting our footing back,” he said.

The Sweet Spot is also now open every day from 11:30 a.m. to 9 p.m., serving Denver-based Glacier’s ice cream and gelato, pastries from local BitterSweets Bakery, and a selection of beer and wine.

“Our demographic is typically college students, older retirees and younger families,” Armatas said. “We hope that with more people walking around now and elementary schools open, people out in the neighborhoods will start to come grab a nice bite to eat and some dessert next door. We want to emulate a style, similar to the Bonnie Brae neighborhood.”

Devour The 303 and The Sweet Spot reopened on April 8. (BusinessDen file)

Sam Armatas thought he was closing Devour The 303 for good. Now, “we’re transitioning from more of a lunch tavern into a neighborhood restaurant.”