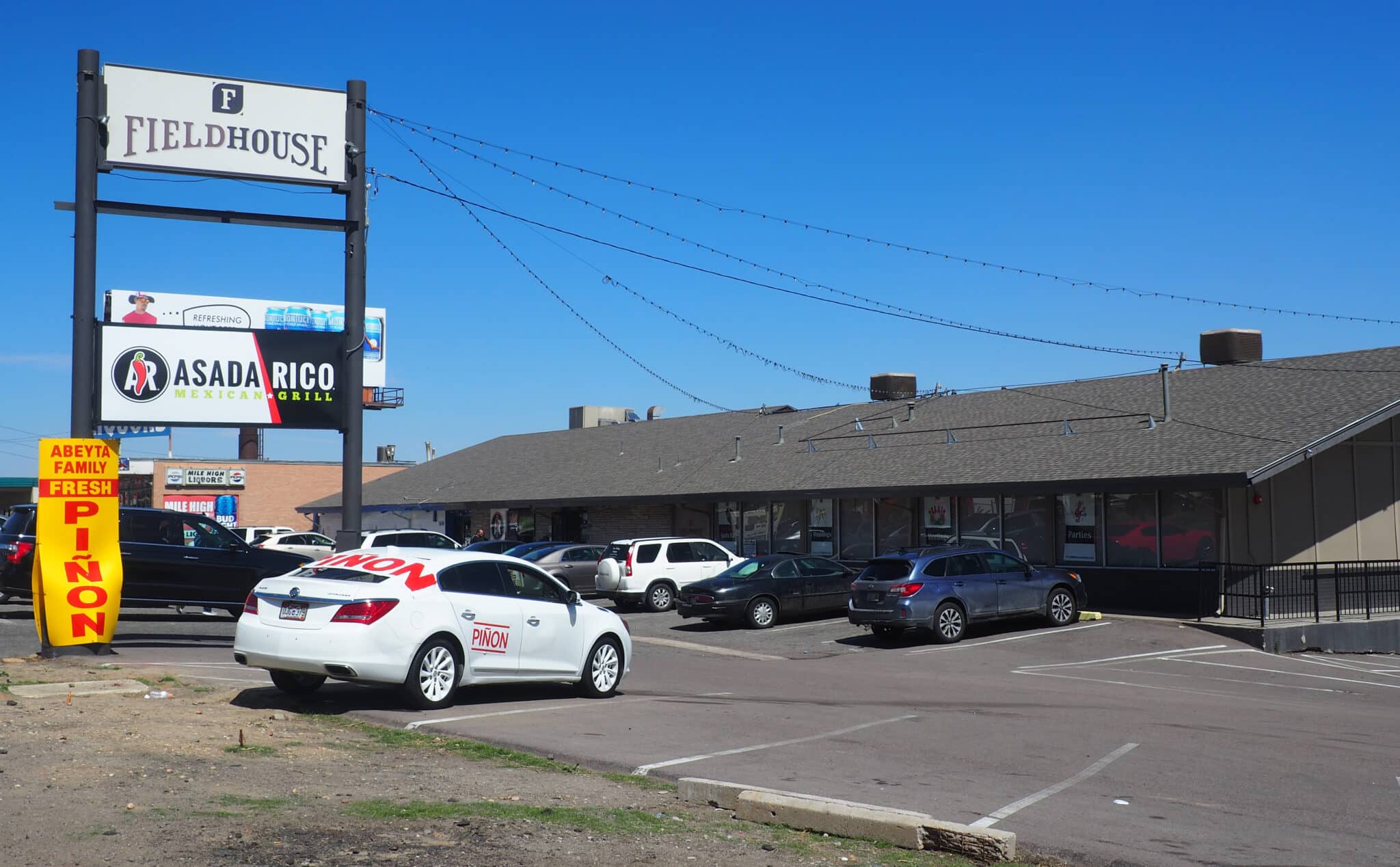 The Field House Event Venue at 1600 Federal Blvd. in Denver. The company that runs the center has filed for Chapter 11 bankruptcy protection. (Thomas Gounley photo)

An event center that looks out over Mile High Stadium has filed for bankruptcy as it fights in court with a subtenant running a pot shop.

Lance Goff, an attorney from Goff & Goff representing JDL Federal, said in an email that the pandemic — which has halted most in-person events — was only part of the “combination of factors” that led to the bankruptcy. The legal back-and-forth between JDL Federal and its sublessee, Mile High Medical Cannabis, also contributed, he said.

According to a lawsuit by JDL Federal, that entity has leased the entire building at 1600 N. Federal Blvd. since early 2015. Since that time, it’s subleased part of the space to five other entities. Of those, four are in good standing with their sublessor, but one, the cannabis vendor, has overstayed its welcome.

Per the suit, which seeks an order to allow the rejection of Mile High Medical Cannabis’s sublease, the pot shop’s contract for the space was up at the end of 2019, but it’s stayed in its location on JDL’s rented property since then. The dispensary has cited a “vague” option clause, per the lawsuit, which JDL is arguing in court was in place as “general procedure” for the purpose of finding fair market rent extension.

JDL majority owner Lisa Vedovelli, who did not respond to a request for comment, said in an affidavit filed in connection with the lawsuit that the presence of the cannabis vendor has also posed challenges for the events business.

“The presence of MH Cannabis has a negative effect on the Debtor’s business because it narrows the field of potential event tenants,” the lawsuit reads. “For example, the Debtor has been unable to rent its Field House to student groups interested in hosting a prom there, it cannot rent to non-profits such as MADD and other groups which focus on health and sobriety, and it cannot host children’s events.”

The lawsuit also states the bankruptcy filing is in jeopardy because of the sale of a restricted substance on site.

“A Chapter 11 debtor cannot propose a good-faith reorganization plan that relies on knowingly profiting from the marijuana industry,” the lawsuit reads.

The Field House Event Venue at 1600 Federal Blvd. in Denver. The company that runs the center has filed for Chapter 11 bankruptcy protection. (Thomas Gounley photo)

An attorney for JDL Federal, which owns the venue, said the pandemic and a legal battle with a pot shop subtenant led to the Chapter 11 filing.