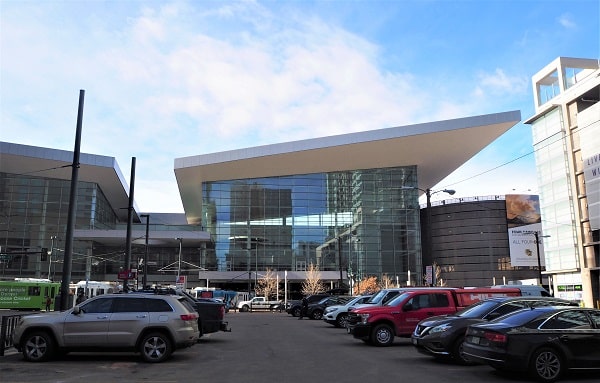 The convention center in downtown Denver is one of the city buildings extending rent deferment for a tenant that has been unable to operate due to the pandemic. (BizDen file photo)

For the fourth time, and now extending beyond a year since the beginning of the COVID-19 pandemic, the city of Denver has created relief for some of its tenants through rent deferment.

At Tuesday’s City Council meeting, the body passed without objection or comment a measure that extends the length of the rent deferment for seven leases in city buildings through at least 12 and as many as 15 months. It’s the third extension of a measure that was originally introduced last spring and passed May 6, 2020.

Each city tenant has been, per the language of the bill, unable to conduct normal business operations given the continued effects of the pandemic. The initial measure passed in May was extended in August, December and again Tuesday.

The first and second round of deferrals included three additional tenants: the National Western Center Authority, Stockyard Inn and Saloon on the National Western campus, and Denver Center for the Performing Arts. But that number dropped to seven for the December extension, as well as the one Tuesday.

In Rounds 1 and 2, $138,000 in rent was deferred each time. In December’s third round, that number was $77,900 for three more months, and it’s the same for the three month baseline for Tuesday’s extension. On Tuesday, the council gave itself the option to add another three months, for a total of 15, and another $78,000 deferred.

Among the requirements of receiving the deferrals is protection of the jobs for each stores’ staff.

“Tenants will be required to re-offer jobs to any laid-off staff,” the measure reads. “And tenants will receive a credit against future rents to the extent they fund and continue to fund employee health insurance benefits.”

The convention center in downtown Denver is one of the city buildings extending rent deferment for a tenant that has been unable to operate due to the pandemic. (BizDen file photo)

The businesses, mostly coffee stores and restaurants, could end up not paying $510,700 over 15 months due to COVID-19.