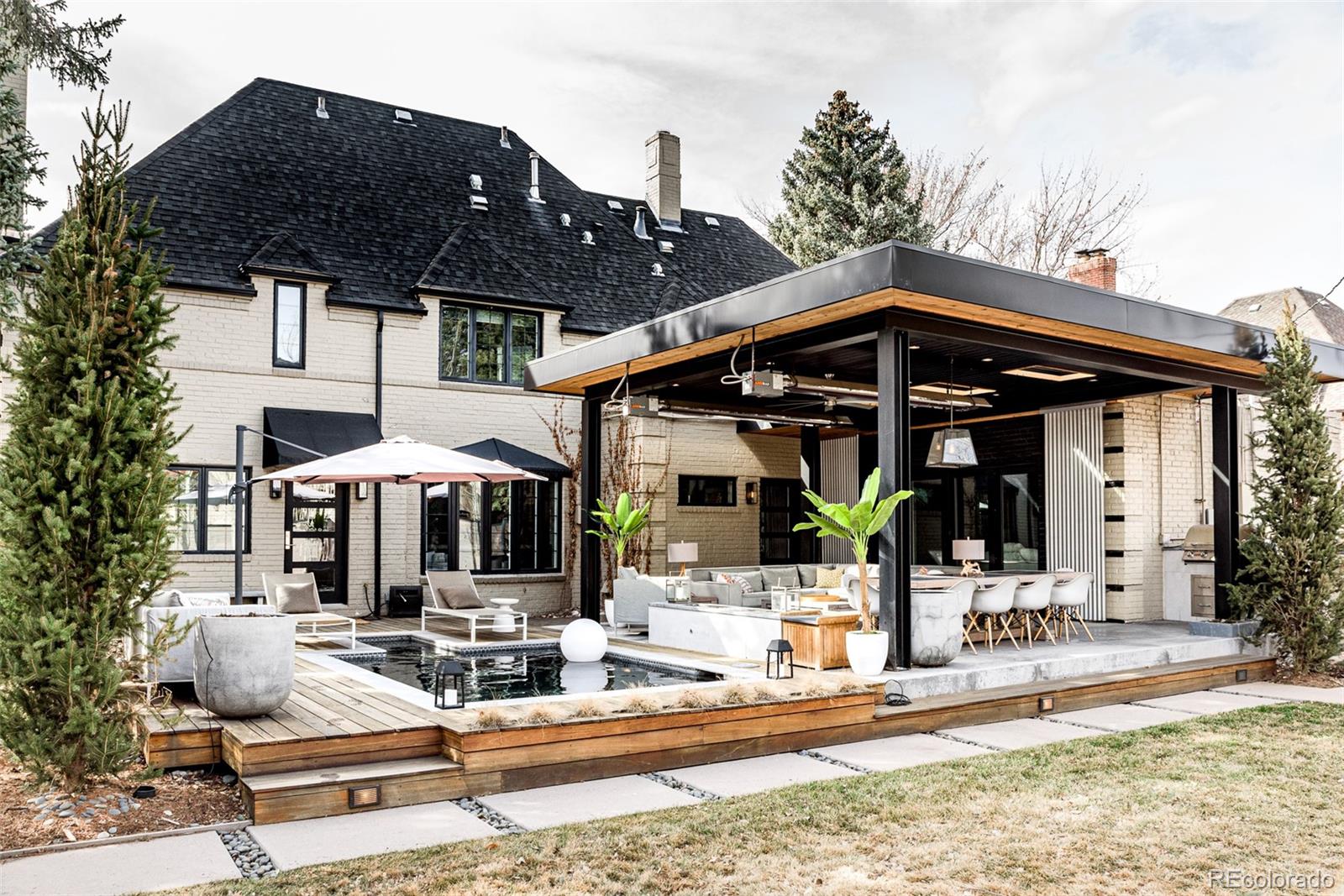 Co-owner John Reilly’s favorite aspect of the home is the outdoor patio they built. (Photos courtesy of Milehimodern)

Now, his husband Carmelo Paglialunga, a Realtor with Milehimodern, is marketing the property for sale at nearly $3 million. And the real estate duo is ready to move on to their next project.

The couple purchased the five-bed, four-bath home in 2012 for $913,500, according to property records. Reilly told BusinessDen he gutted and completed a million-dollar renovation of the interior that same year through his development company. 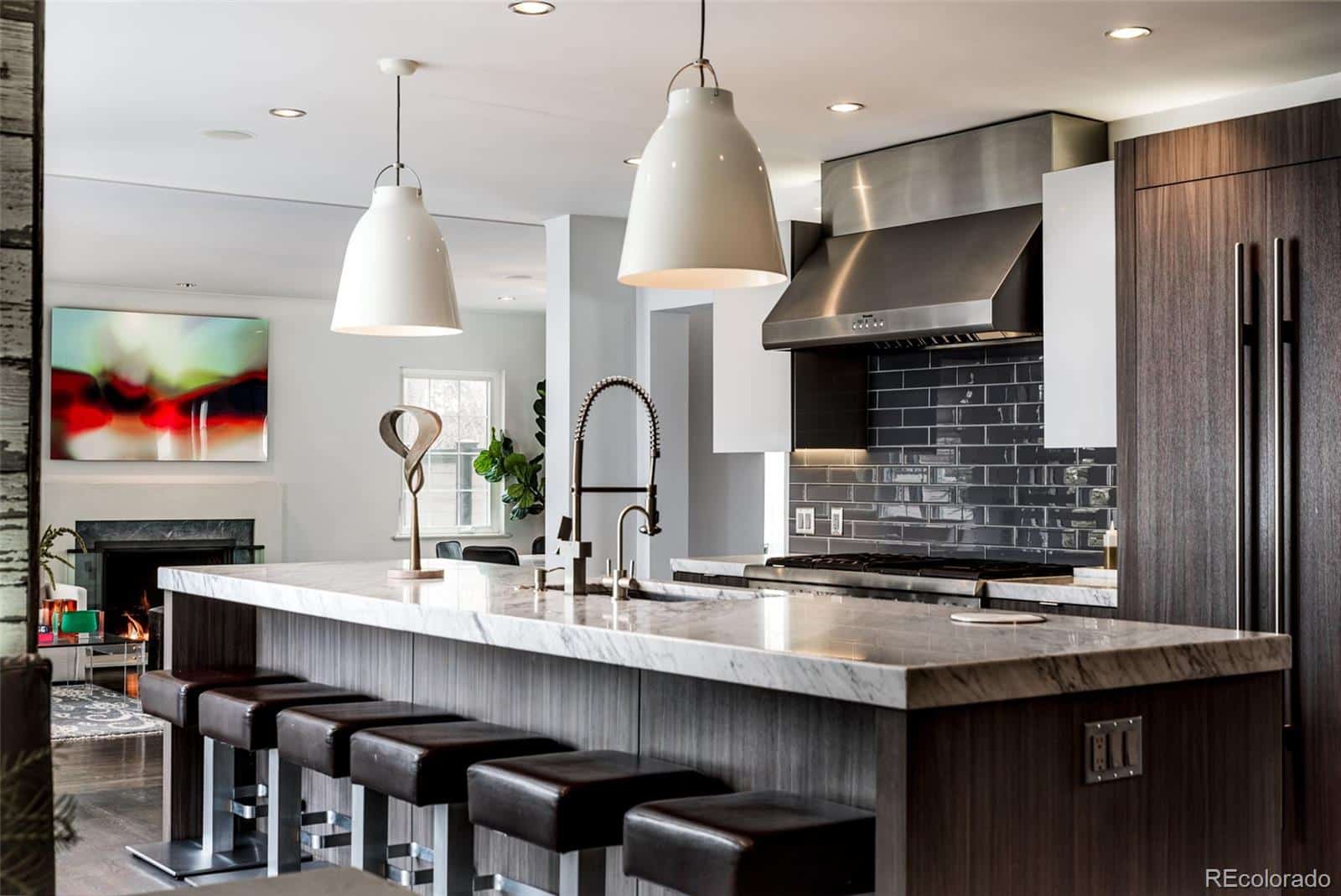 Reilly Properties completed a modern interior renovation on the home in 2012.

“When we bought the house, we loved the unique, French exterior, but our style is more modern,” Reilly said. “It was a little dated and traditional, since it was built in the ’40s, so we opened up the whole first floor and updated it throughout.”

He added, “It was a hard decision for us to sell it because we’ve put everything into this home and created so many memories over the last nine years. But it’s time to let someone else enjoy it.”

For their next abode, Reilly and Paglialunga said they had been interested in building a new home, but decided the process would take too long. They had purchased a larger house on a corner lot just a few blocks away with plans to flip it and sell it, but instead, they’re renovating it for themselves.

“Similar to this home, I’m getting rid of the whole Tudor look since it’s not our usual modern style,” Reilly said. 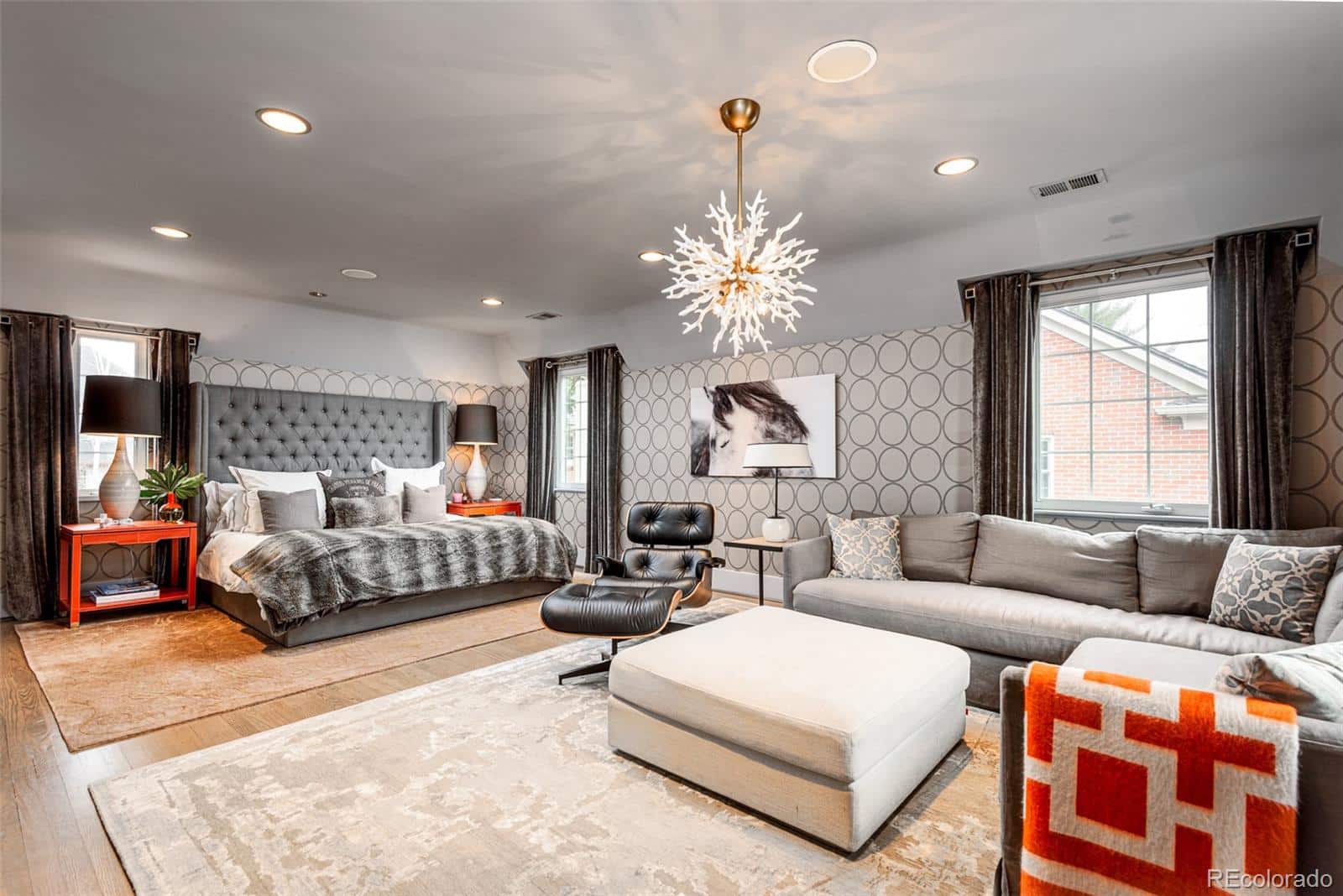 The finer things: This Hilltop home is filled with unique, modern finishes inside and out, including sleek wall treatments in each room, an open main level “ideal for entertaining,” and an intimate backyard fit for outdoor living year-round, according to the listing.

“The thing I love about it the most is the 25-by-25-foot patio with a huge covering near our pool in our backyard,” Reilly said. “That’s where we spend most of our time, and it’s basically an outdoor living room.”

Co-owner John Reilly’s favorite aspect of the home is the outdoor patio they built. (Photos courtesy of Milehimodern)

The couple purchased the house in 2012 for $913,500 and completed a million-dollar renovation of the interior shortly thereafter.