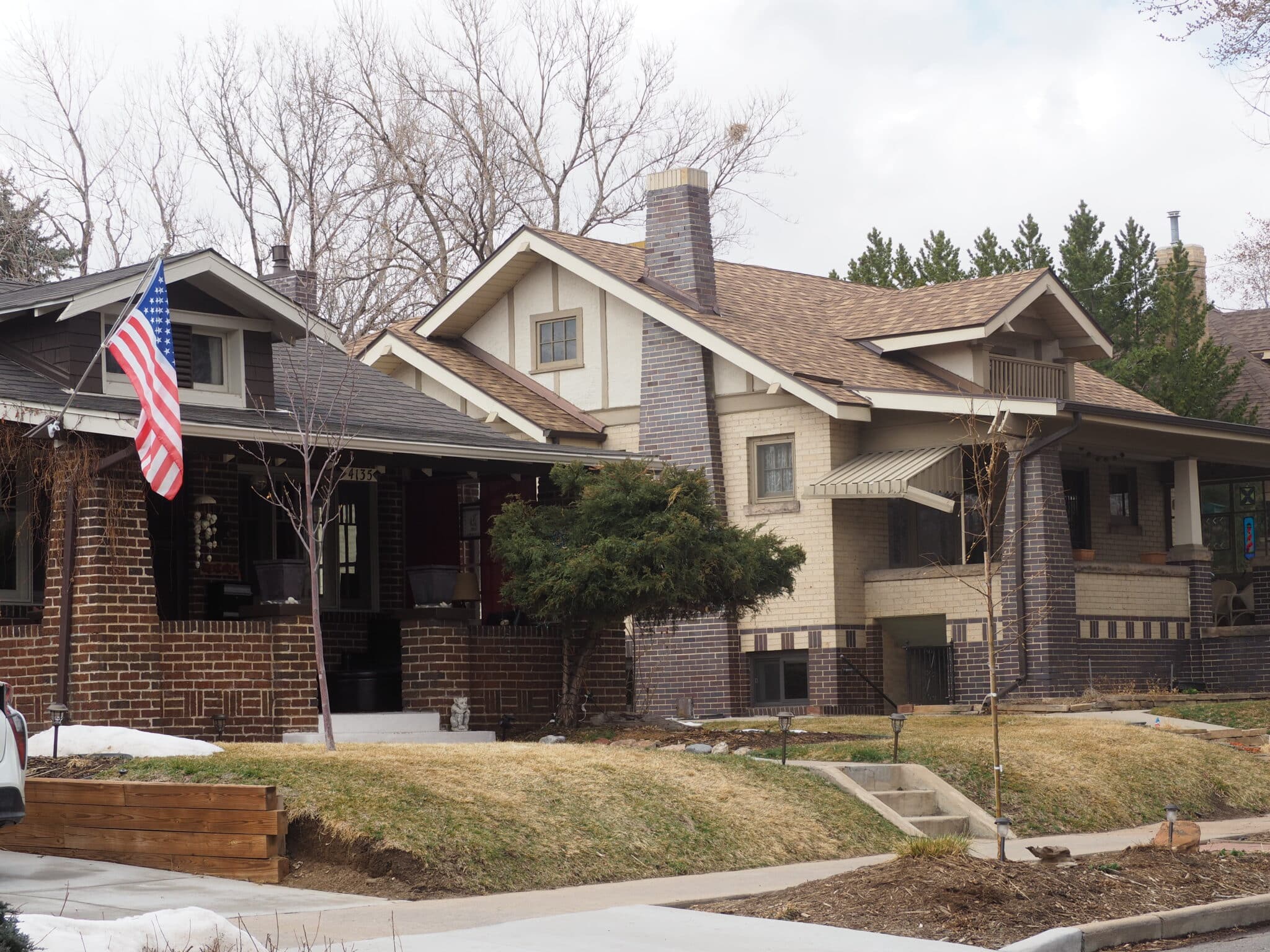 These houses in the 4100 block of North Lowell Boulevard in the Harkness Heights section of Berkeley are in the classic bungalow style. (Thomas Gounley photo)

A change is in the works for the Harkness Heights section of northwest Denver’s Berkeley neighborhood — one that would mean fewer changes in the future.

The city has been working for more than two years on a conservation overlay district that would preserve the neighborhood’s classic residential form: the bungalow house.

“What you see there is mostly one-story houses, with a mix of two-story houses here and there,” said Brad Johnson, senior city planner and urban designer, and case manager for the Harkness Heights project. “That was the traditional form that happened in the early part of the 1900s for the most part. Pitched roofs, modest footprints in sizes. You’ll see traditional front porches that project from the front of the building, that classic bungalow front porch.”

Harkness Heights is roughly bounded by 41st and 44th avenues to the south and north, and Federal and Lowell boulevards on the east and west. The overlay would include 353 homes and create additional zoning clarifications that require future construction to stay in line with the classic, existing house forms.

“You’ll hear people talk in Denver about how, ‘Oh, this or that isn’t context sensitive. It doesn’t look like what’s on the built environment,’” City Councilmember Amanda Sandoval told BusinessDen. “This is honoring some key elements in the neighborhood.”

Johnson said this would be just the sixth conservation overlay district in the city since the tool was established in Denver zoning code in 2010.

The others are in Hilltop Heritage, Curtis Park, Scottish Village, Potter Highlands and Krisana Park, he said.

If passed, the district would require new construction to include the following characteristics, Johnson said:

As with any project involving many people, Johnson said, it has been challenging to complete. That’s part of why it’s taken more than two years and required more than one council member.

Sandoval’s predecessor, former District 1 Councilman Rafael Espinoza, in whose office she worked before being elected, started the process.

“The challenges with 350 properties are immense,” Johnson said. “This is a balancing act. Not everybody in the neighborhood or who worked on this has the same opinion about what’s compatible. You’ll find some people in the neighborhood who would say any new development should be only one story. Someone else might say existing rules are fine. The biggest challenge is bringing all those folks together and having a robust discussion about what compatibility means.”

Editor’s note: The headline of this story was updated after initial publication.

These houses in the 4100 block of North Lowell Boulevard in the Harkness Heights section of Berkeley are in the classic bungalow style. (Thomas Gounley photo)

“You’ll hear people talk in Denver about how, ‘Oh, this or that isn’t context sensitive,’” a councilmember said. “This is honoring some key elements in the neighborhood.”