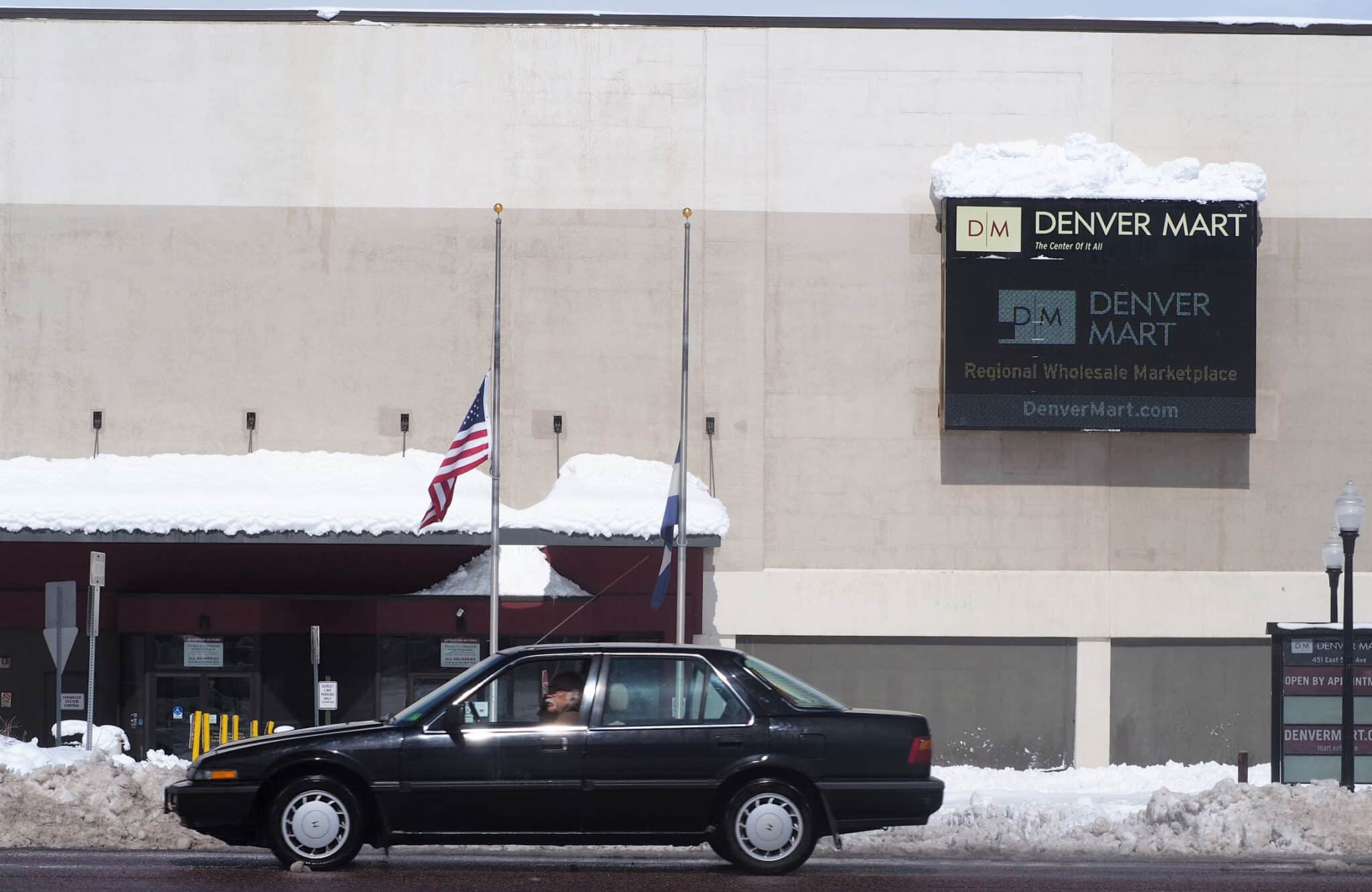 A car drives by Denver Mart on March 15. The complex is being sold to a Denver developer. (Thomas Gounley photos)

The sprawling Denver Mart complex north of the city is slated to be sold to an entity affiliated with Denver-based developer Westfield Co.

The receiver recently appointed to oversee the property has been directed to sell it to Denver Mart Industrial Partners JV LLLP, according to Adams County court records.

That entity lists Westfield’s headquarters in RiNo as its address, and Westfield partner and Chief Financial Officer Steve Taniguchi as its registered agent. A company executive did not respond to requests for comment on Monday.

The court filings do not detail the expected sale price.

Denver Mart, also sometimes called Denver Merchandise Mart, is located at the northeast corner of the Interstate 25/58th Avenue interchange. It opened in 1965.

The multi-building complex, surrounded by a massive parking lot, has hosted trade shows and similar events. It’s also been home to a number of tenants who operate wholesale showrooms — some 400, according to Denver Mart’s website.

Denver Mart leadership told tenants in February that the facility would close by the end of March, and that the property was slated to be sold. The buyer has not previously been reported. 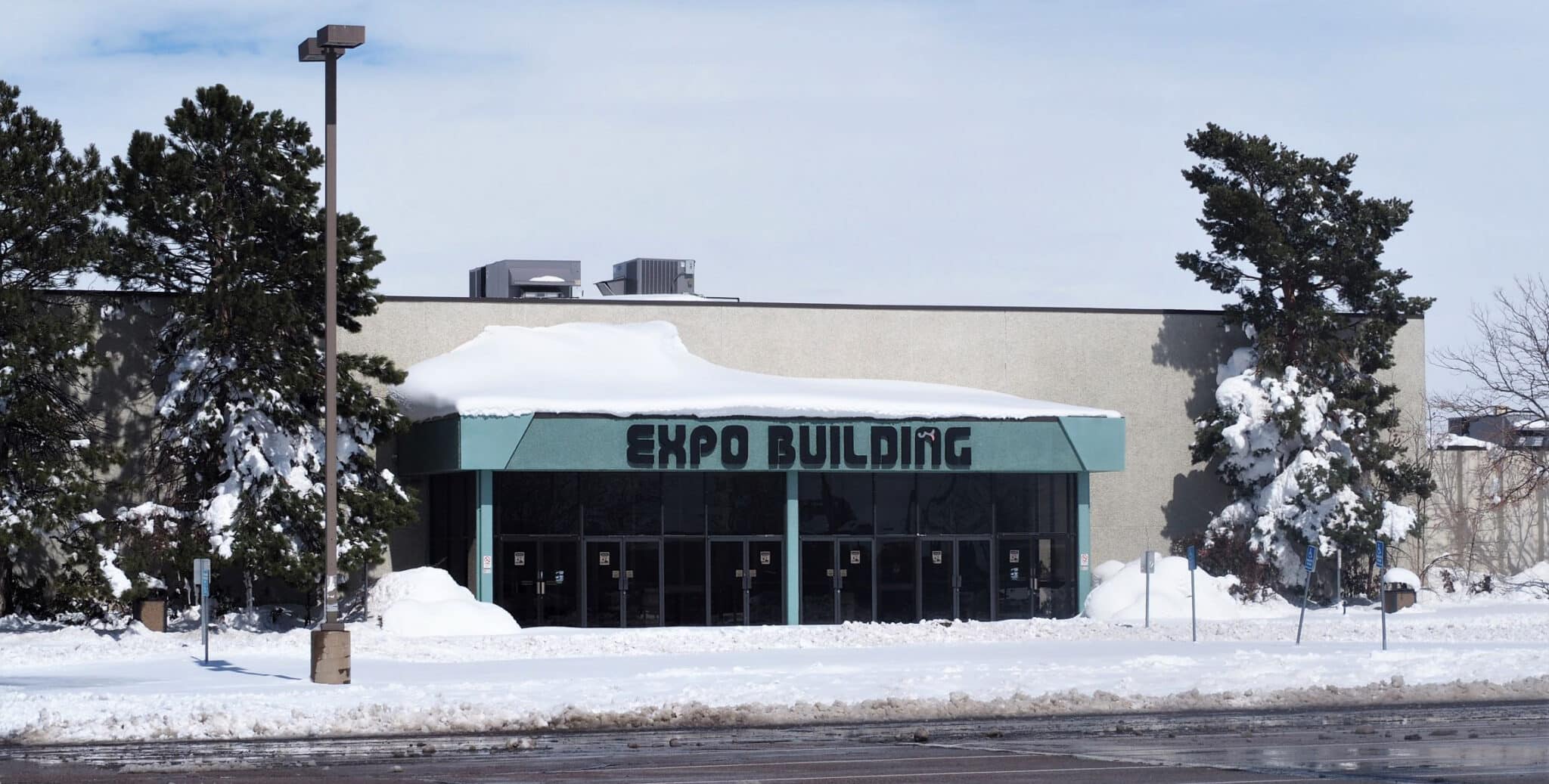 The Denver Mart property consists of multiple connected buildings, surrounded by a sea of parking spaces, on 29.4 acres.

The core Denver Mart property at 451 E. 58th Ave. is 29.4 acres and estimated to be worth $25.9 million, according to the Adams County assessor’s office.

It is owned by Denver Mart LLC, which secured a $27 million loan in 2014. The entity last made its monthly payments to the lender in March 2020, according to court filings. Earlier this month, Greenwood Village-based Cordes & Co. was named receiver, tasked with overseeing a sale of the property.

Denver Mart LLC also owns an additional 4.4 acres across the street at 5844 Washington St., according to property records. It is used for additional parking.

The court filings don’t make clear whether that site, valued by the assessor at $1.1 million, would also be sold to Westfield. Cordes did not respond to a request for comment Monday.

Denver Mart is in a largely industrial area, across the street from the Denver Post’s printing facility, where the publication’s newsroom has also operated since leaving downtown in 2018.

In recent years, Westfield has become most known for North Wynkoop, a large site that it is redeveloping at the northern edge of RiNo.

But Westfield has also done redevelopment that is more industrial in nature. About a 2.5-mile drive east of Denver Mart, the company is developing Pecos Logistics Park, 1.15 million square feet of planned industrial space across 62 acres, according to its website. Pepsi announced last summer that it had signed a lease for a 283,500-square-foot, build-to-suit distribution facility within the project.

A car drives by Denver Mart on March 15. The complex is being sold to a Denver developer. (Thomas Gounley photos)