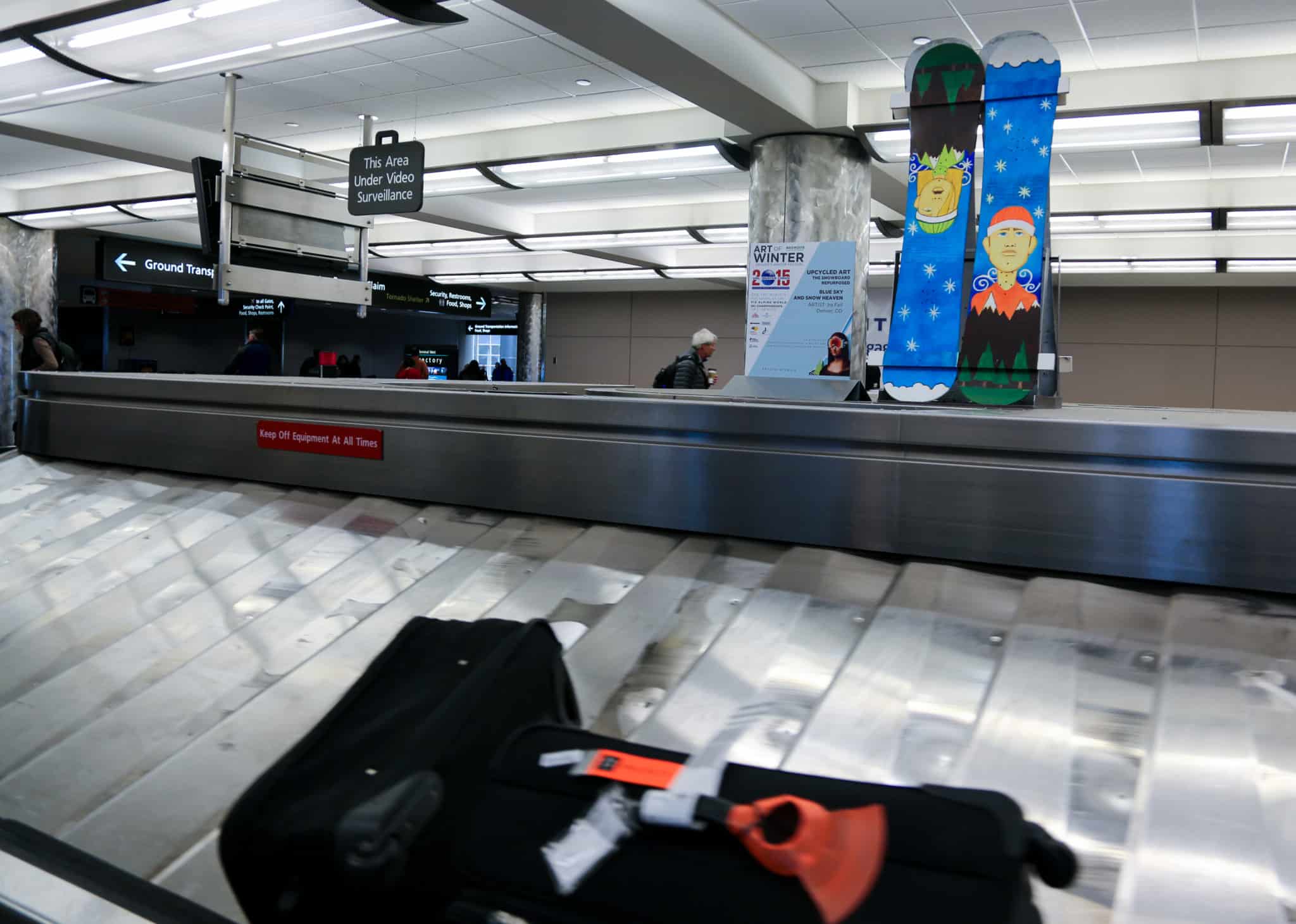 If the journey of a checked piece of luggage at Denver International Airport were a children’s movie, the title might be “The Secret Life of Bags.”

That “secret life” is in the midst of a pair of expensive upgrades at DIA, and the Denver City Council will soon hear a proposal to make those upgrades more pricey.

The amendments, the airport officials explained, were required not because of under-budgeting the projects, but because further elements of need were discovered after construction began.

Both amendments were forwarded to the council at large by a unanimous vote of the seven-councilmember Business, Arts, Workforce, & Aviation Services Committee.

The first project — both are already well underway but now require substantial additional work — is in the process of constructing a between-floors baggage conveyor system that comprehensively upgrades the airport’s current system of moving bags around the facility and onto and off of planes.

Dubbed “5.5,” the project is creating a complex system of conveyors in a 6- to 10-foot space between the ceiling of DIA’s Level 5 and Level 6. It’s currently being run by Hensel Phelps, and the amendment would increase the breadth and length of the same contract with the Greeley-based construction firm.

“This improves the pre-screening functionality of the system to anticipate growth and the incredible need for flexibility,” Williams said. “The project gives flexibility and redundancy to maximize the screening process.” 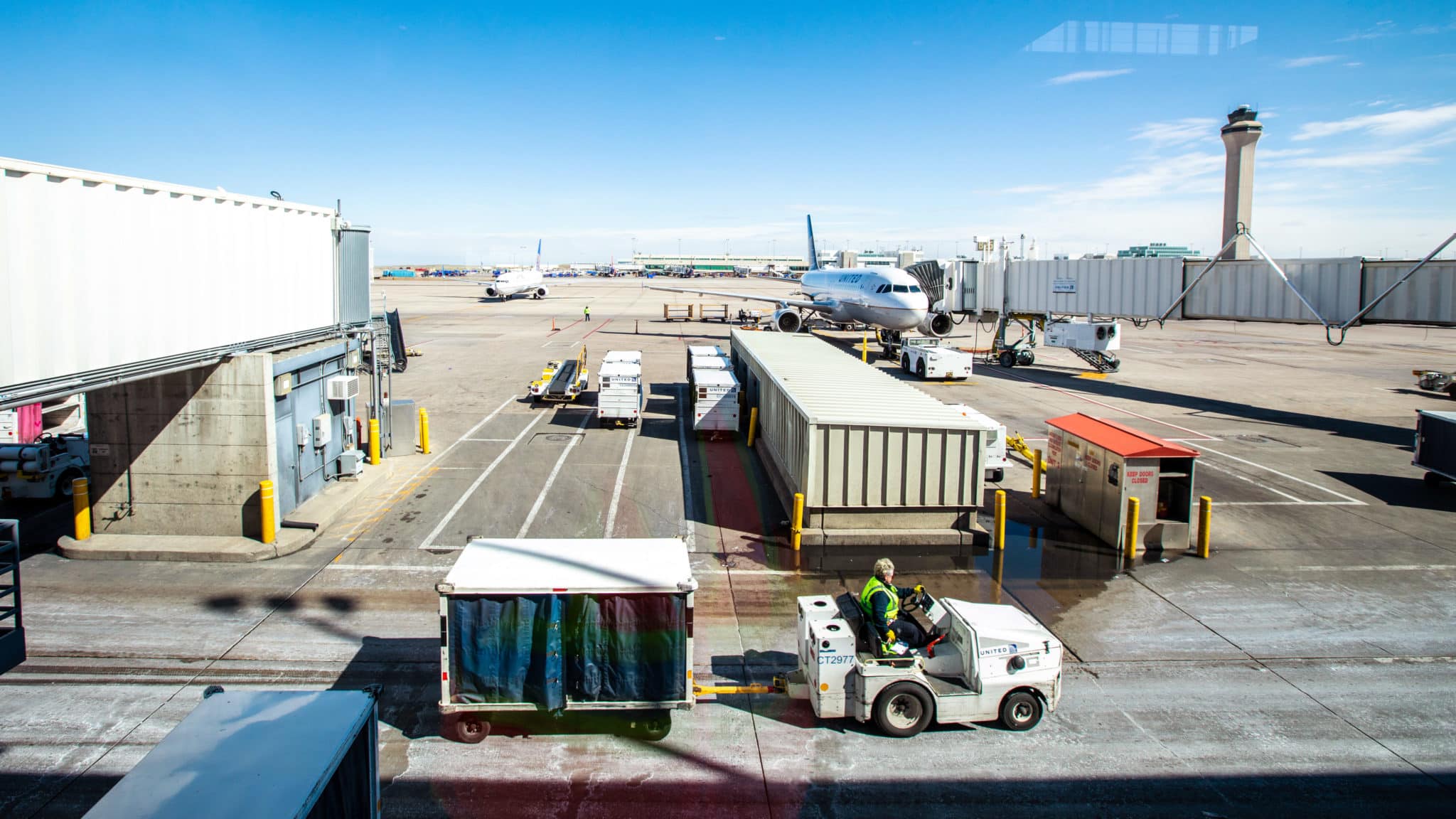 Airfield tug vehicles transport luggage from the terminal to the plane, and vice versa, at Denver International Airport.

Checked bags, Williams explained, can travel miles on belts and other conveyances before reaching the belly of an airplane. Some bags require additional screening, he said. The existing system, a hodge-podge of retrofitted, airline-specific systems, is considered outdated, inefficient and, in many cases, in disrepair.

The amendment is specifically to incorporate oversized baggage lifts and conveyors into the system more effectively. Currently, airlines handle odd luggage, like skis or golf clubs, through a cumbersome system.

“Airlines have to take them out onto the curbside, and we have inputs there where we can inject them into the system,” Williams said.

Airlines have asked for that system to be improved, and that’s what most of the extra $48.1 million will do. It will also go toward late-discovered code compliance fixes, among other smaller items.

The second project is most of the way done with consolidating the airport’s Checked Bag Resolution Areas, or CBRAs, from nine rooms scattered about the facility to two rooms next to one another.

The CBRA is the location where a bag that gets flagged by automated TSA systems is checked by hand by a TSA agent. The process was installed by the federal agency after Sept. 11, 2001, and as such, the retrofitted rooms are all over the airport. Williams said that’s predictably inefficient.

The ongoing project, which the airport said is partly funded by TSA on the order of around $50 million, will bring those screening sites to one hub location, while also building the conveyor belt system that gets bags from the place where they might be flagged to the CBRA and back.

The second amendment, which carries a $58.3 million price tag, adds carousels and capacity to streamline and speed up the process after the bags have been checked and approved at the CBRA and returned to the system on their way to the plane.

The project is being run by Ludvik Electric Co. out of Lakewood.

Airport projects like these do not use general fund money collected through tax revenue by the city. They are funded by internal revenue made from airline contracts and other facility charges.