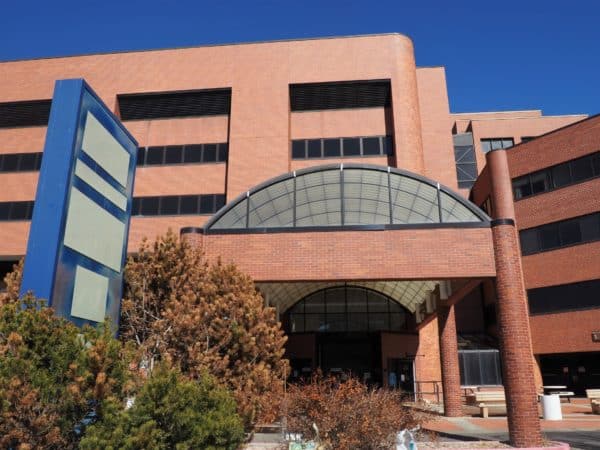 The federal government is looking to sell two-thirds of the former VA hospital campus in eastern Denver, after opening a new facility in Aurora in 2018.

A spokesman for the Department of Veterans Affairs said it has “excessed” eight acres at the corner of 9th Avenue and Clermont Street, in the Hale neighborhood, to the General Services Administration.

The GSA, a separate agency that manages government real estate, is in charge of unloading the property, and has hired brokerage firm Savills.

“We are in the process of developing materials for the offering,” a GSA spokesman said.

The Denver hospital was at 1055 N. Clermont St. The federal government owns 12.98 acres at the site, across what the county assessor considers three separate parcels. The eight acres that the government is looking to sell comprise most, but not all, of the southernmost parcel. 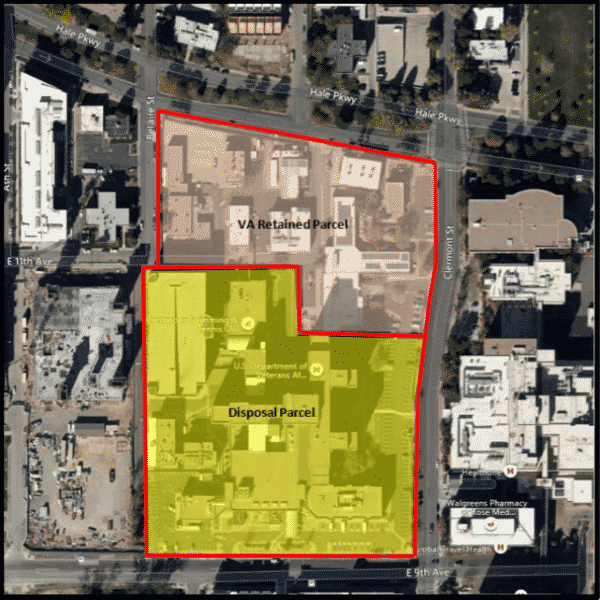 A map of the former VA campus, with the portion slated to be sold highlighted in yellow. (Courtesy of the Public Buildings Reform Board)

The entire Denver VA Medical Center campus consists of 18 buildings, including the main hospital — which tops out around 10 stories — a 60‐bed nursing home and an eight‐story parking garage. All are vacant with the exception of a post‐traumatic stress disorder treatment facility operating in the nursing home building in the northeast corner of the campus.

The property in Hale is next to another major redevelopment site.

The joint venture has demolished nearly all of the campus’ structures, and is developing some two million square feet of office, residential and retail space, a project called 9+CO. The latest tenant is AMC Theatres, which opened a movie theater there at the end of last week. 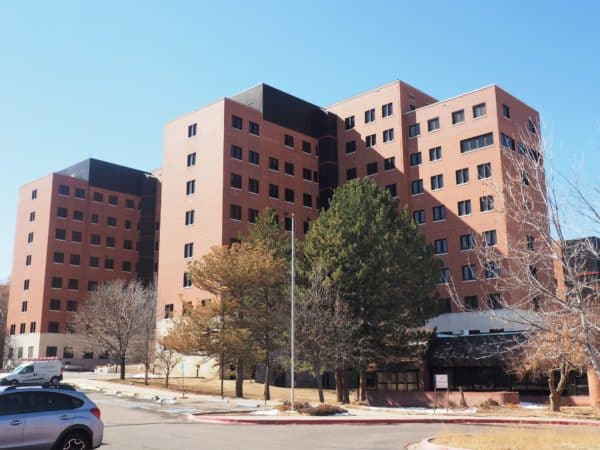 The sale of the former VA hospital campus was recommended by the Public Buildings Reform Board, a panel convened by the government in 2016 and tasked with finding real estate assets that could be sold.

The board zeroed in on the former hospital and 11 other holdings in a 2019 report, saying they were collectively worth between $500 million and $750 million. The other properties are in California, Idaho, New Jersey, Pennsylvania, Washington and Maryland. 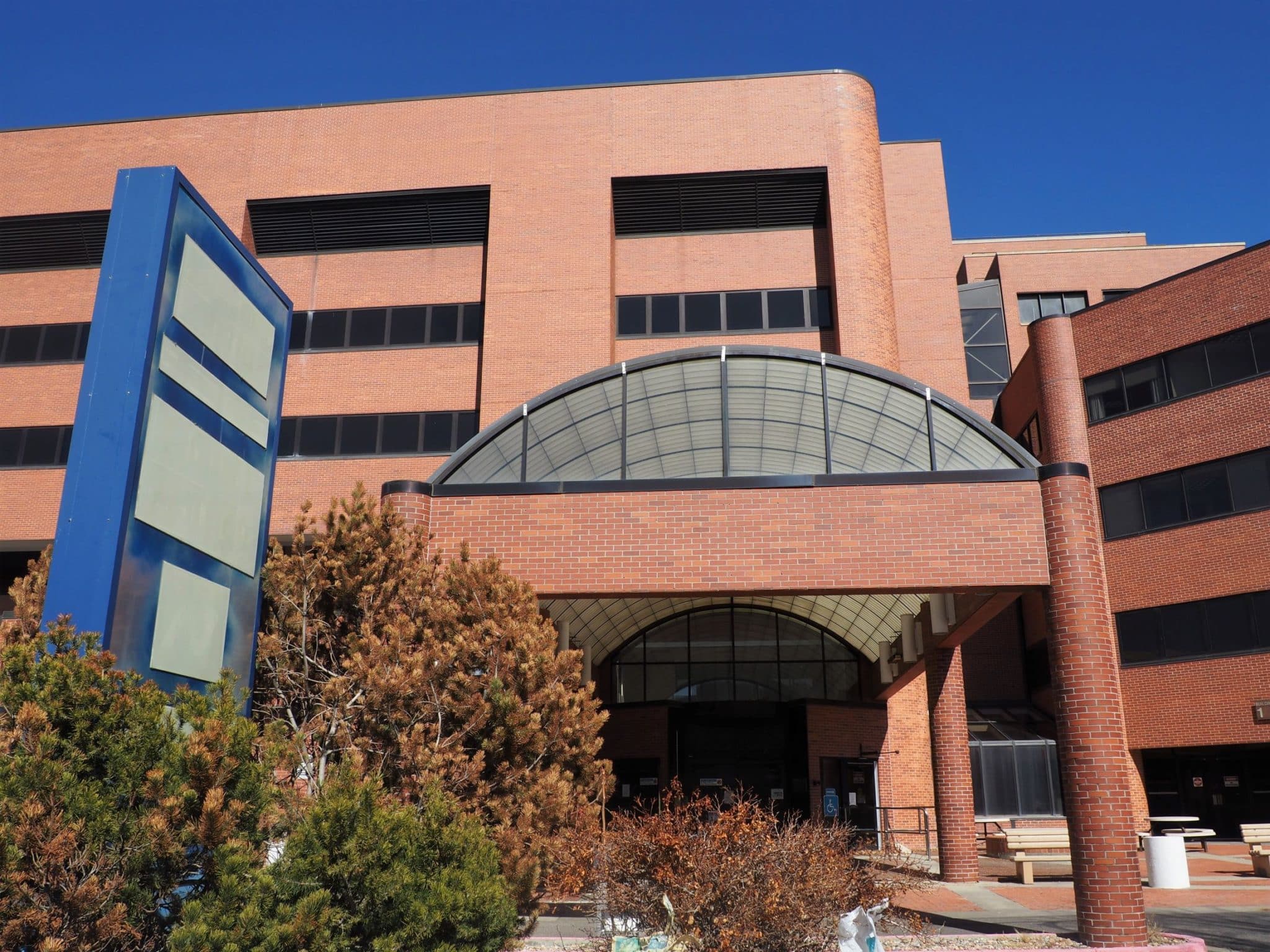