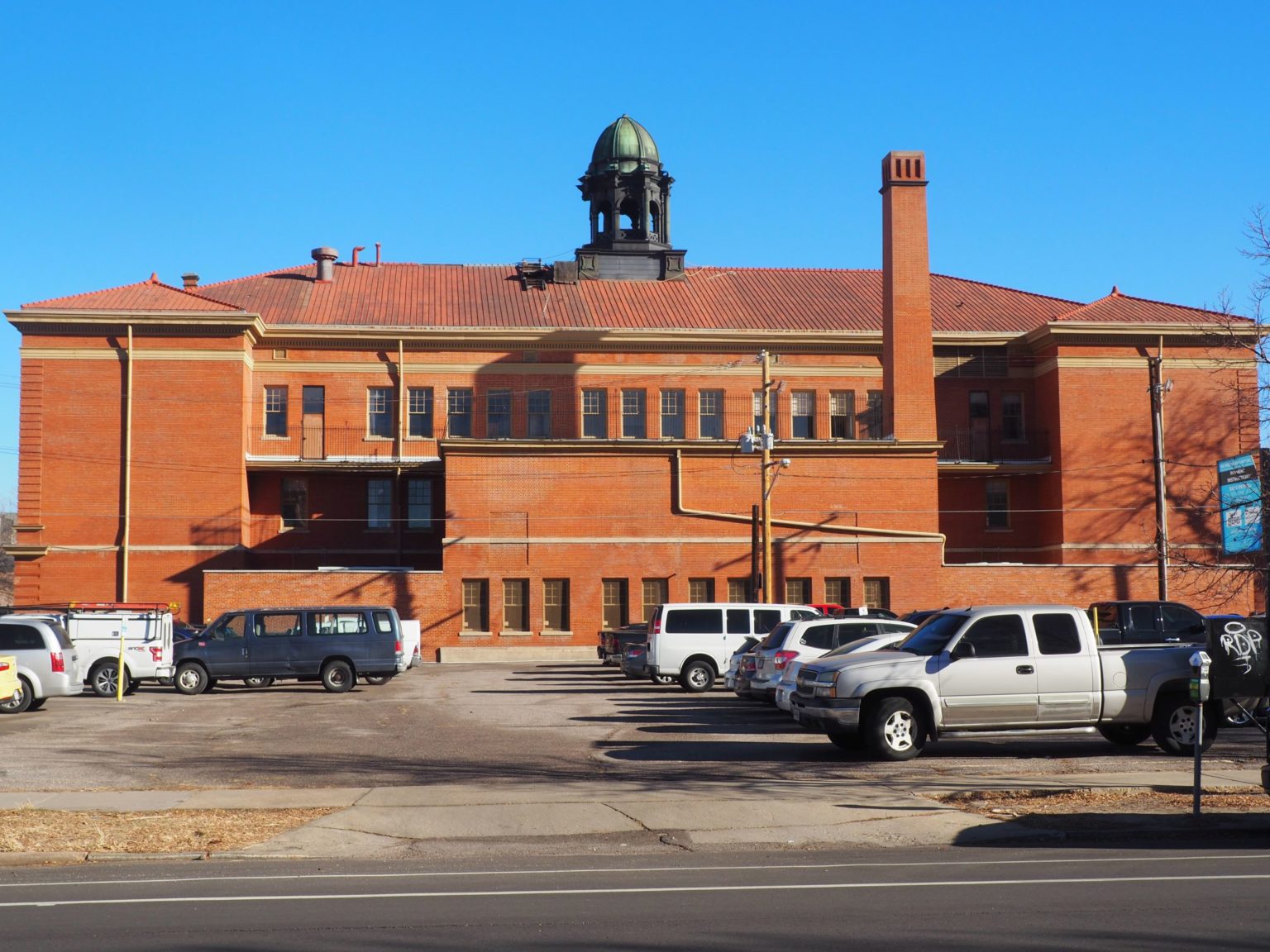 The former Evans School building is in the heart of the Golden Triangle. It is being redeveloped for retail and hotel or office use. (BusinessDen file photos)

A zoning update in the works for the Golden Triangle neighborhood aims to diversify what’s built there in the future.

Over the past decade, new projects in the downtown-adjacent neighborhood have been nearly entirely residential in nature, some of them apartment buildings up to 16 stories.

“There’s a concern among residents that those are not as eclectic a mix of sizes and uses as they’d like to see,” Kristofer Johnson, a city planner with Denver’s Community Planning and Development, told BusinessDen Wednesday. “And that’s consistent with the policy recommendations in the neighborhood plan, as well.”

He added, “Any regulatory changes should support an eclectic mix of development, including a mix of uses. The pendulum has swung so far toward residential development that there hasn’t been any office or commercial types of uses in the area except for a few related to the museums.”

Last Tuesday, Johnson briefed a City Council committee on the zoning update for the neighborhood, which is generally bounded by Colfax Avenue to the north, Lincoln Street to the east and Speer Boulevard across the hypotenuse on the west and south.

The proposed changes, which the council will need to approve when they’re formally presented at a later date, were drawn up with the help of an advisory committee.

“The Golden Triangle is an amazing part of the city,” Councilman Chris Hinds said at the meeting. “This proposal is a culmination of more than two years of discussion between three groups: neighbors, government and developers.”

Johnson told council members that incentive programs in place for many years have contributed to the dearth of non-residential projects.

“Golden Triangle district zoning is from 1994,” he said. “The design guidelines are from 2002. So, the city has changed dramatically. How can we shape and define building outcomes going forward? That’s something we want to update, get the latest and greatest.”

Among other changes, the zoning update would include eliminating the existing parking requirements, which Johnson pointed out don’t exist in Denver’s downtown neighborhoods outside of LoDo.

The current code, in addition to including parking provisions, has further incentivized its inclusion in development through exemptions to height requirements for parking. 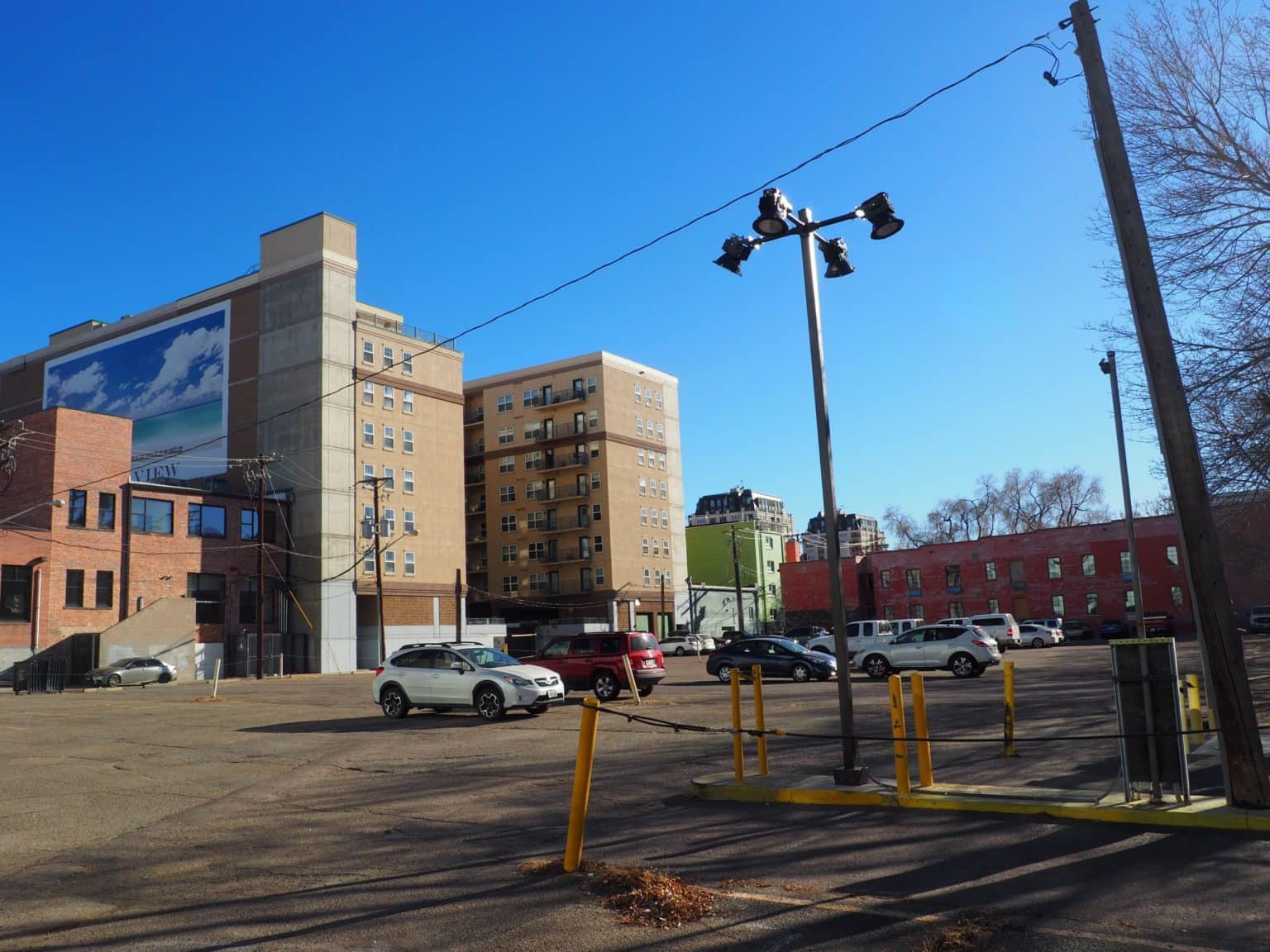 Johnson explained a zoning calculation called “floor-area ratio,” or FAR, sets limits for building heights. But in the Golden Triangle, the zoning plan allows height added from parking structures on lower floors of a building to be exempt from the calculation, meaning a building with seven floors of leasable space on top of three floors of parking is calculated as just 7 FAR.

The proposed changes would eliminate that exemption but also increase the FAR limit — while also removing the minimum parking requirement, which Johnson called “outdated.”

The form of buildings themselves is also being considered for changes in the forthcoming proposal. Upper-story setbacks, wherein higher floors are farther from the vertical plane of the street, are suggested to be encouraged through more finely tailored zoning requirements for different types of buildings. Landmark protection is also a critical part of the new plan.

“There’s a desire in the neighborhood to contribute to that eclectic nature and provide support for protection of those historic properties,” Johnson said.

Perhaps as important as any other element of the proposal will be those that address the street-level experience.

“How do we break down those buildings to be more comfortable along the street?” Johnson said.

Setback requirements — both street-level and upper-story — are a key part of the answer being proposed. Public art is also incorporated into the plan.

The city is also looking at how it can encourage the development of affordable housing in the neighborhood.

The proposal calls for an incentive to be built into the zoning change that would allow for increased building height if a certain amount of income-restricted units are included in the project, similar to what has been done around the 38th and Blake rail station in RiNo. But city staff are also monitoring efforts at the state level that would affect how municipalities can influence the development of affordable housing.

“We’re trying to be mindful about where we are currently with city legislation and state legislation as it relates to affordable housing and make something that can be in place and have real positive impacts for the neighborhood and city even as things change and evolve,” Johnson told BusinessDen. “And as they do, we’ll continue to look at this and make refinements.”

The overall goal, Johnson said, is to nudge the market toward developing the kind of neighborhood the residents and city want to create in the Golden Triangle.

“We’re trying to create a level playing field and have the same types of rules apply to residential projects or commercial projects,” Johnson told BusinessDen. “Right now, the way the system is structured, it heavily subsidizes and prioritizes residential. But by eliminating that current incentive for market-rate housing, we’re trying to balance and create a level playing field for all types of uses.”

The public can review the CPD’s proposed zoning summary at denvergov.org/goldentriangle. The draft continues to be under development through the first quarter of the year, with public review this month, followed by a council review in the second quarter of 2021.

The former Evans School building is in the heart of the Golden Triangle. It is being redeveloped for retail and hotel or office use. (BusinessDen file photos)

Residents want an eclectic mix of building sizes and uses and a rule change eliminating existing parking requirements is proposed to help make that happen.