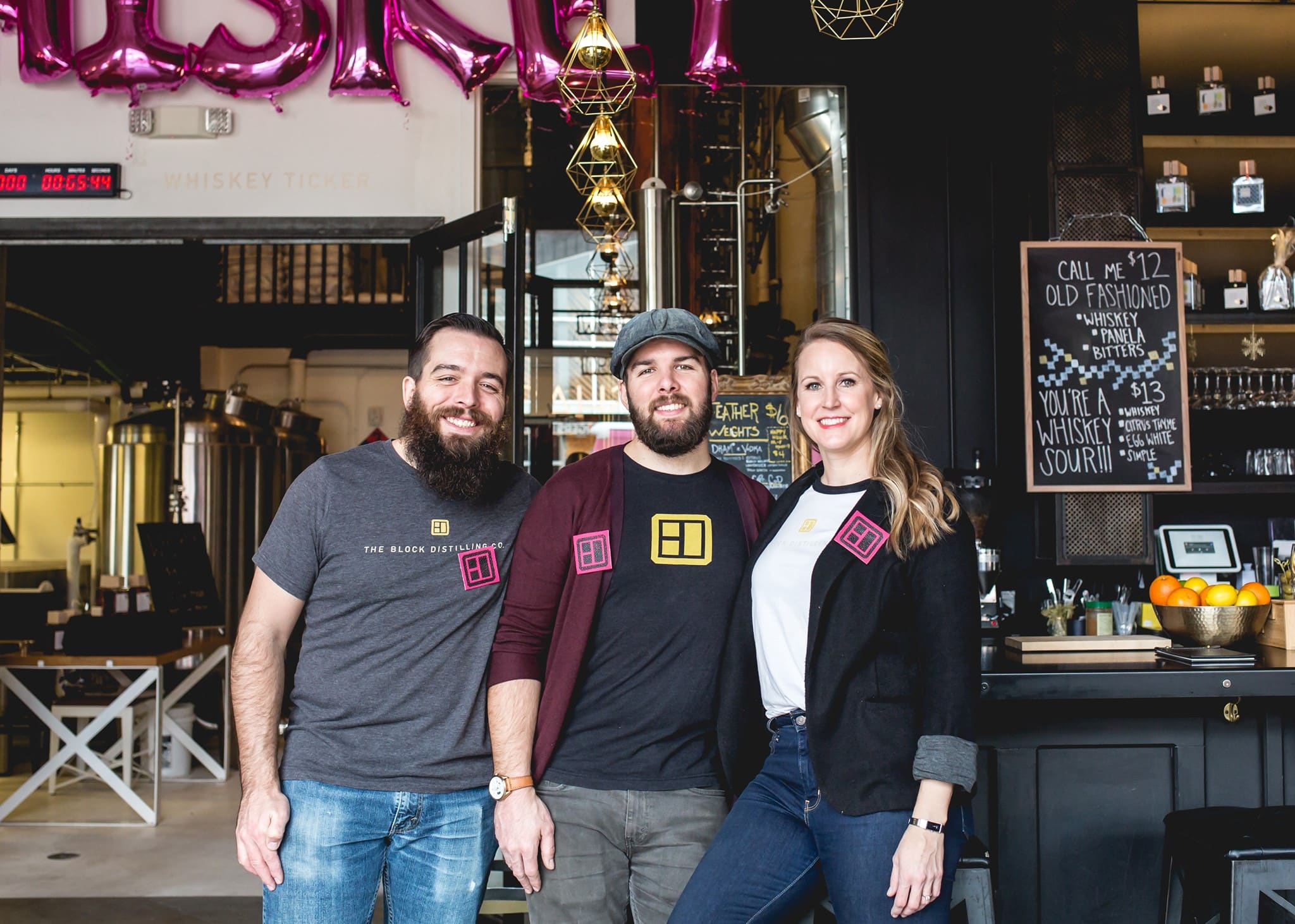 A RiNo-based distillery is no longer the new kid on The Block.

After four years of rapid growth, The Block Distilling Co., which is named after the building it inhabits, has expanded into the entire 10,000-square-foot property at 2990 Larimer St.

“We’ve been nonstop growing ever since we opened, and with that growth we have been running out of product fairly often,” said co-owner Kraig Weaver.

Weaver, his wife Michelle and his brother Kameron originally opened the distillery and tasting room in 2,700 square feet of the building in 2017.

More than a decade ago, the building was home to the Andenken Gallery, which featured street art. Eight murals still remain on the wall, including an armed Abraham Lincoln. Gallery owner Hyland Mather dubbed it “The Block,” and the Weavers decided to honor the history with the distillery name. 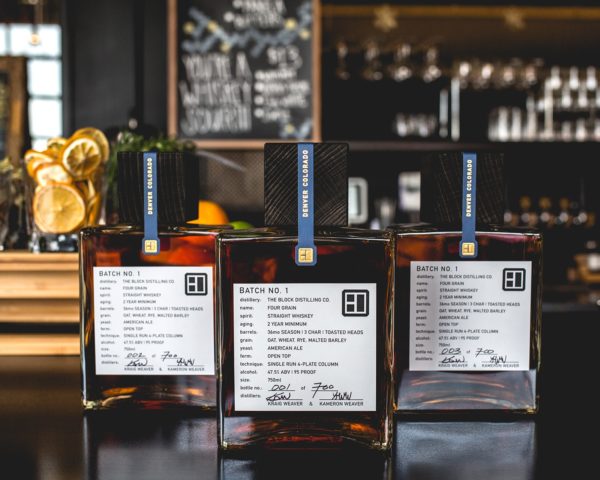 The Block’s whiskey has been so popular with consumers that the distillery has been running out of product often.

The distillery sells bottles direct-to-consumers online and in its taproom, as well as to about three dozen restaurants, bars and liquor stores around Denver, including Small Batch Liquors and Argonaut Wine & Liquor.

Since its inception, the company has sold $1.85 million worth of spirits, including vodka, seasonal gins and a coffee liqueur, according to the owners. That includes 120,000 cocktails in its taproom and 8,000 bottles.

In 2019, the Weavers added an additional 2,400-square-feet within The Block building for production, taking over a former tech recruiter’s office. They purchased additional stills, fermenters, mash runs, and other equipment from a distillery in South Carolina, although they have yet to be fully installed.

“We all flew out there, disassembled the distillery, loaded it onto three semi-trucks and met them back here,” Kraig Weaver said. “It took five days of disassembly and wrapping to get them over here.”

Then, at the end of 2020, the owners heard Movement Motor Sports near the alleyway was moving out of its 4,000-square-foot space. They decided to jump on the opportunity and sign a lease to make room for dry goods storage, giving them the full building.

“In anticipation of getting the equipment up and running, we knew we needed a lot more storage for permanent labeling, bottling, and packaging areas, as well as grain, dry good storage and weigh areas,” he said. 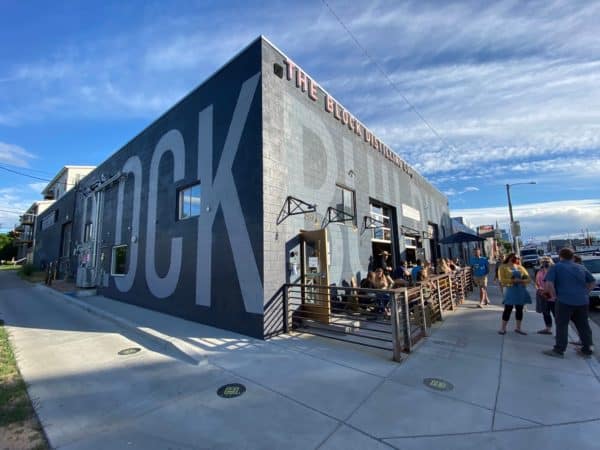 The distillery has now taken over the entire property at 2990 Larimer St. in RiNo.

The expansion will allow the distillery to increase production six times and expand its wholesale accounts, the co-owner added.

Wefunder allows unaccredited investors to purchase equity in early-stage private companies. The Block will get the funds it raises even if it doesn’t reach its goal.

“We had some setbacks and complications due to the pandemic, so we need to use the funds to get all of the construction complete for the new equipment to become operable, as well as working capital and other strategic pieces of equipment,” Weaver said.

The distillery saw an 18 percent increase in sales throughout the pandemic, despite having to close its tasting room for three months. The owners introduced the second iteration of its Four Grain whiskey in March, as well as a new barrel-aged Straight Bourbon in October. 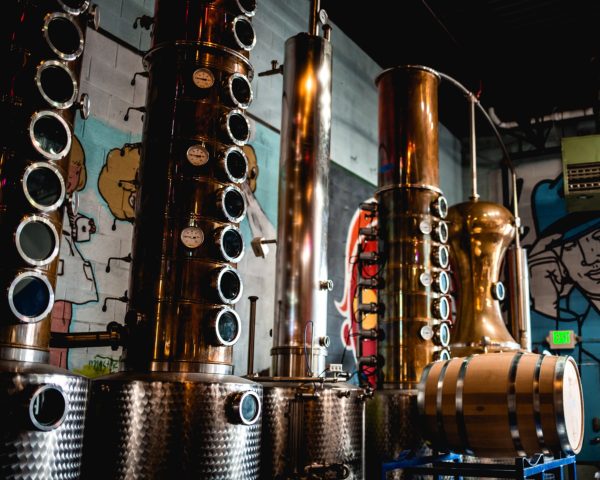 The new equipment the distillery is planning to install as it ramps up production.

“Both have been really popular and are selling out quickly, so I’m excited to increase the creation of those barrel-aged spirits. But since it takes two years to age them, we won’t see more volume probably until 2023,” Weaver said.

Kraig and Kameron were both known as “spirit connoisseurs” throughout college, and always brought along a new, fun whiskey “rather than a case of PBR or Coors Light” to a party, the co-owner said.

“When the homebrewing boom started in Denver, a lot of our friends were getting into it, and we were nerdy engineers. So, from a chemistry aspect, we got excited about it,” Kraig Weaver said. “But we were the whiskey guys, so we started researching spirits and how to make them.”

One evening in 2015, they ended up at a dinner party and met their current landlord for The Block.

“We started joking about what could go in there over gin and tonics, and the conversation turned toward the idea of a distillery,” Weaver said. “Six years later, here we are.”