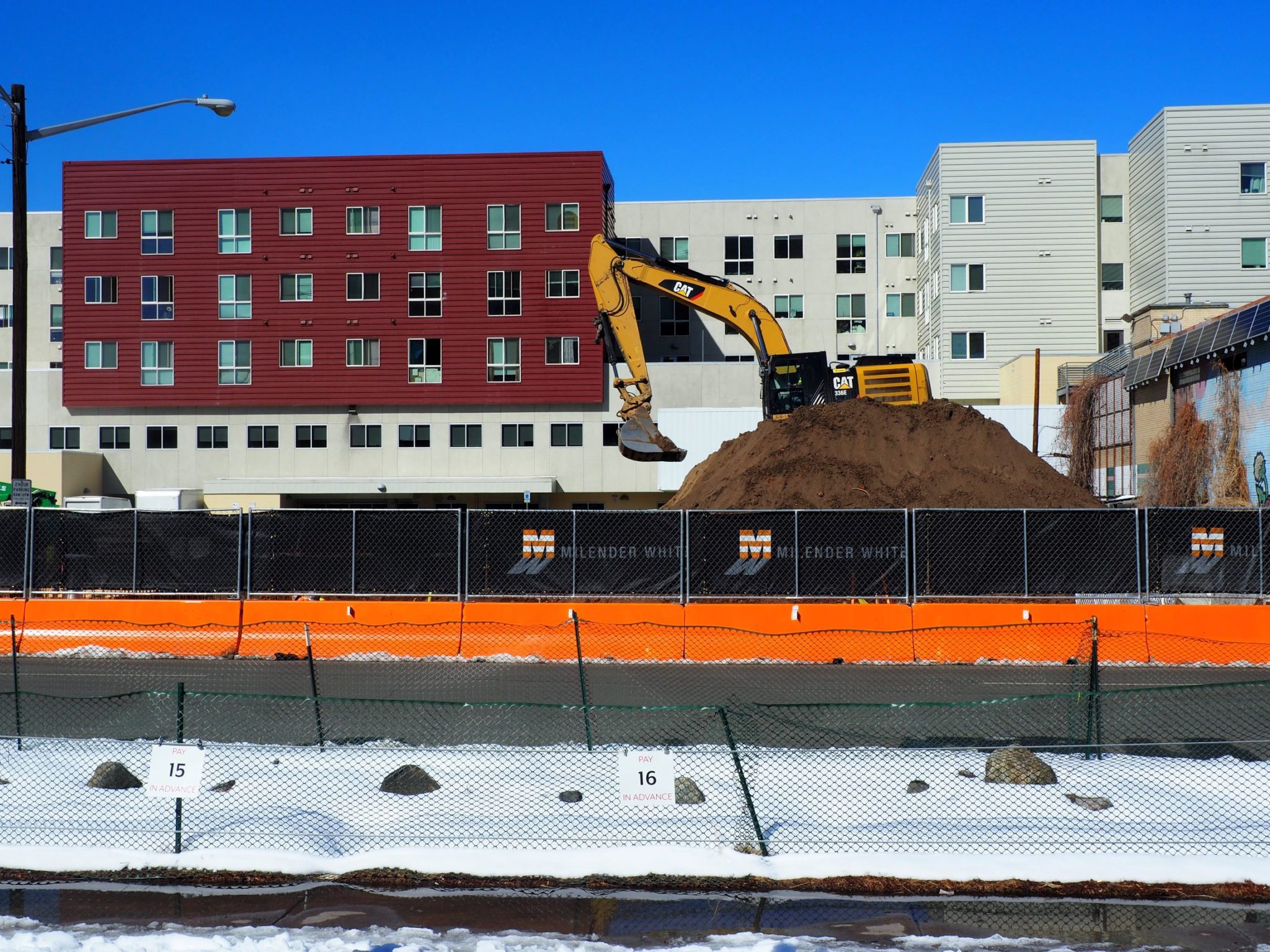 A new development is underway in Arapahoe Square.

The nonprofit Colorado Coalition for the Homeless held a virtual groundbreaking ceremony on Friday to mark the start of construction on its Stout Street Recuperative Care Facility and Renaissance Legacy Lofts.

The nine-story project is going up on 0.43 acres at 2175 California St., previously a parking lot. The site backs up to the coalition’s Stout Street Health Center, which was completed in 2014.

The second and third floor of the new structure — which is expected to be completed in May 2022 — will be a “recuperative care” facility, with 75 beds. The fourth through ninth floors will have 98 income-restricted apartments.

Coalition President and CEO John Parvensky, who has led the organization for 35 years, previously told BusinessDenthe recuperative care beds are an attempt to address a common scenario. A homeless person goes to the hospital and receives treatment, but then “because of their homeless status, they cannot safely be discharged to the streets or even a shelter” because some amount of ongoing care is needed.

That ongoing care could be that the individual needs to be on oxygen, or simply that they need a daily wound check. 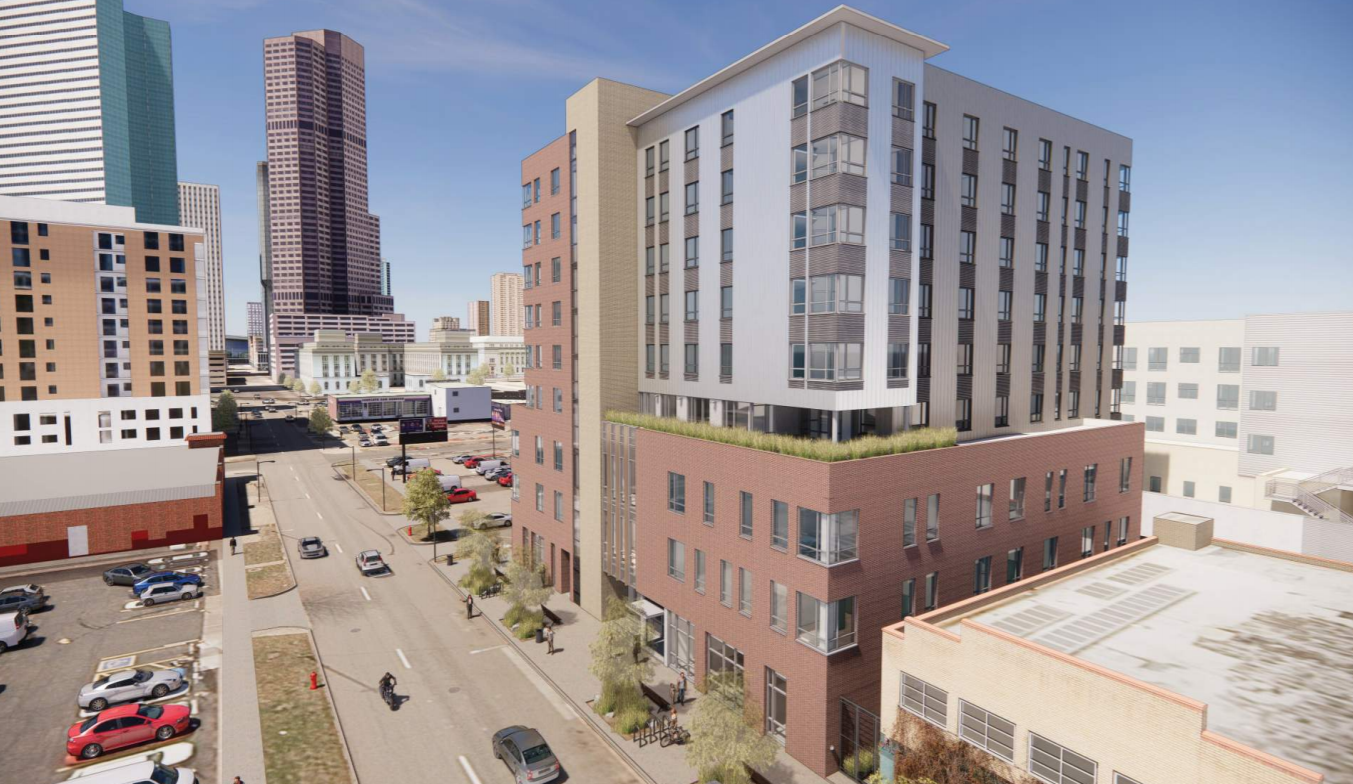 A rendering of the Colorado Coalition for the Homeless project. (Courtesy public records)

The idea with the recuperative beds is to allow those individuals to leave the hospital for a place that can still provide care, and also work to ensure they have access to health care in the future. The bulk of the beds are intended for stays of 30 to 45 days.

“This is the exciting piece that has been missing in our continuum for so long,” Parvensky said during the Friday groundbreaking ceremony.

Parvensky said the coalition originally planned to do just the recuperative care component of the project, leaving the building at three stories. But the organization eventually decided it should take advantage of zoning that allowed for greater height.

That decision did make things more complicated, however. Technically, the completed building will be owned by three separate entities — one for the recuperative care component, a second for 64 of the apartments and a third for the remaining 34 apartments. That’s because three different financing mechanisms are being used: low-income housing tax credits, private activity bonds and new markets tax credits.

Christopher Carvell Architects is the project architect. Milender White is the general contractor.