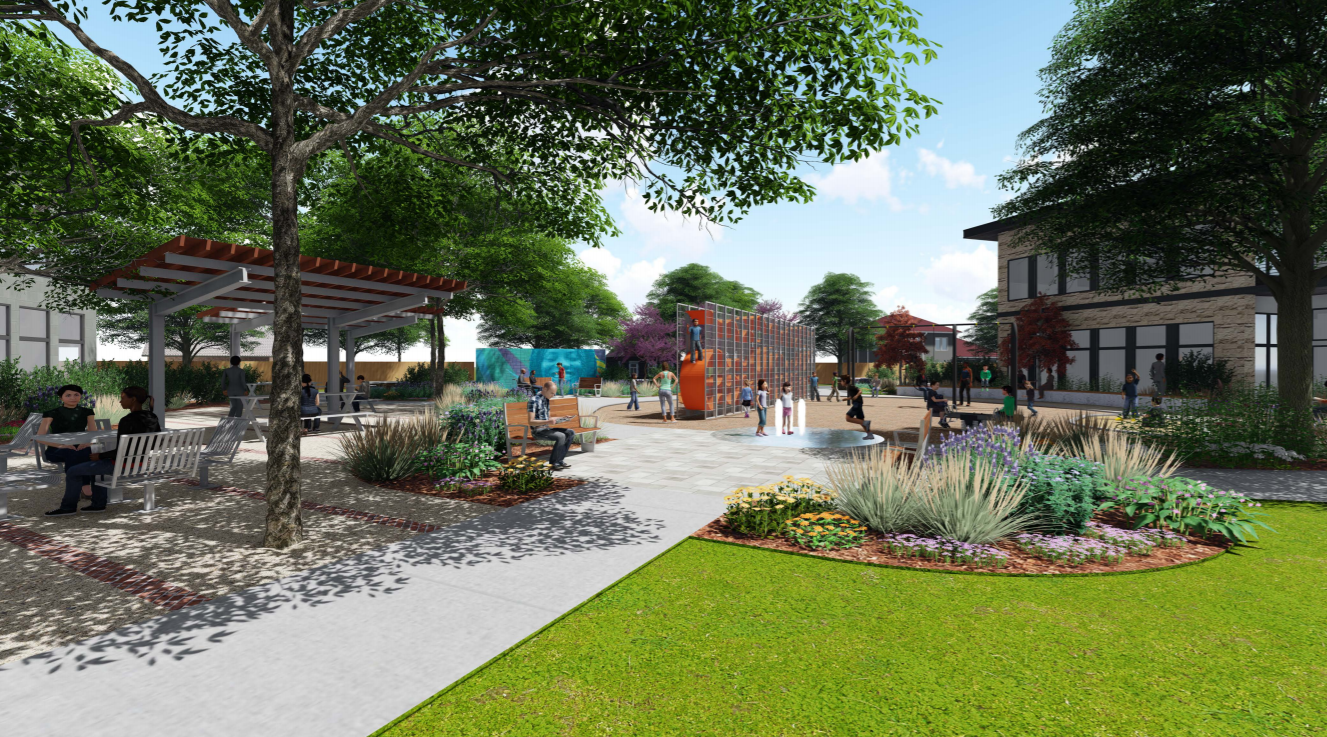 A rendering of Fairfax Park, which is expected to be built by the fall. (Courtesy of the Denver Parks and Recreation Department)

Fairfax Park, which is 0.35 acres, is being added to the 2800 block of Fairfax Street. There will be a playground, splash pad, game tables, shaded shelters with picnic tables and a grass lawn. The city is aiming for a fall opening.

“There are no parks within walking distance here,” said Scott Gilmore, deputy executive director of Denver’s Parks and Recreation Department. “City of Axum Park is more than half a mile away and City Park is more than two miles away. The only one nearby is a tiny one called Turtle Park, and so this community needed a public gathering space.”

The park is surrounded on two sides by Park Hill Commons, a block-long development by Denver-based HM Capital that incorporates microunits and townhomes, as well as retail and coworking space. And its location is the result of a controversial land-swap deal the city reached with the firm.

The city’s Parks and Recreation Department originally purchased a parcel about the same size across the street from Xcel Energy for $50,000 in 2015.

“Technically, that parcel was worth about a million dollars, especially with this development, but Xcel wanted to do the right thing,” Gilmore said. 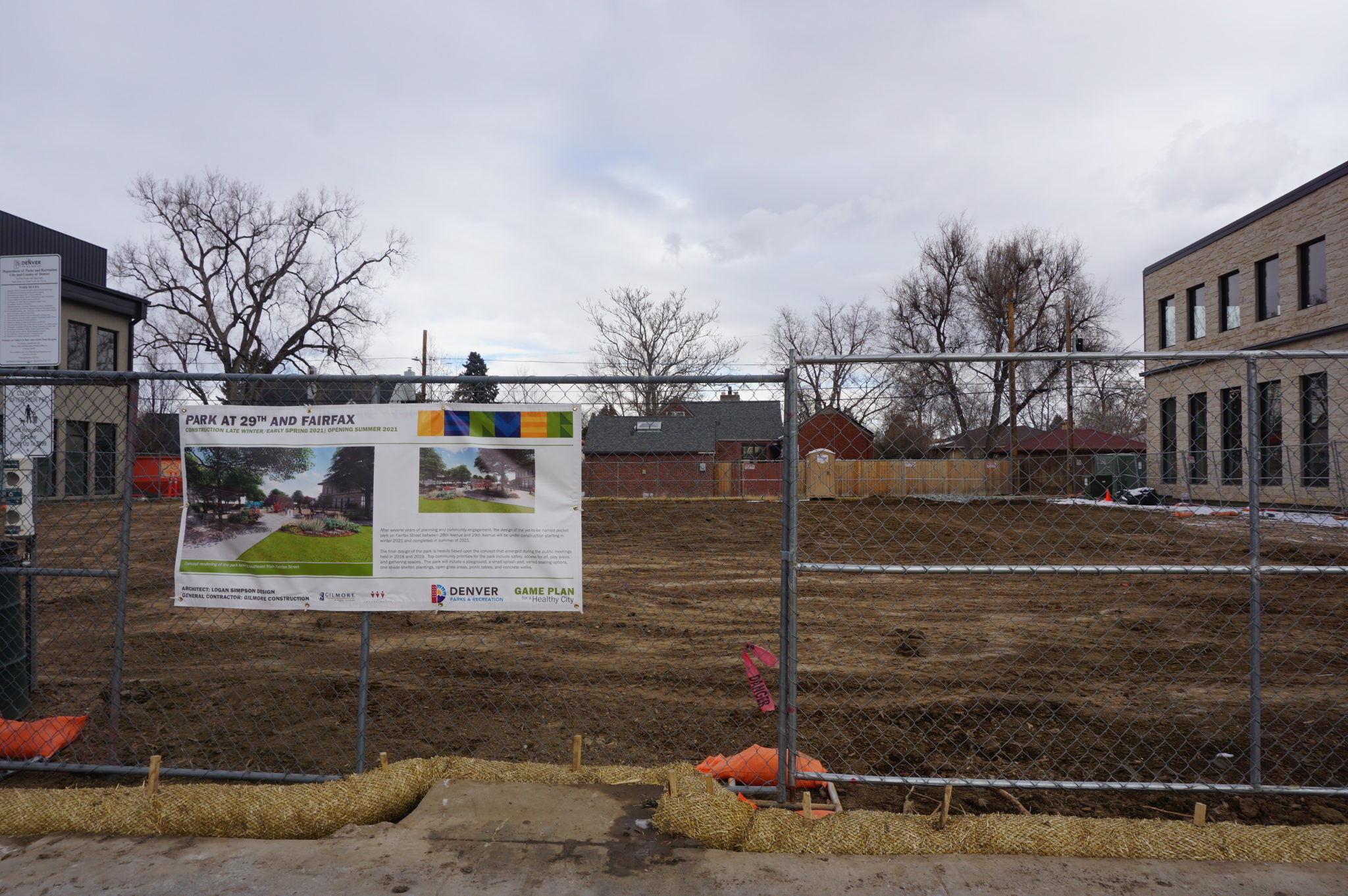 Not long after, HM Capital proposed the swap. Ben Maxwell, the company’s president, offered to make an additional $650,000 donation to go toward setting up the park. In sum, Fairfax Park will be a $1.5 million project, Gilmore said.

The deal was approved by the City Council in 2018, but not without some opposition. The Greater Park Hill Community neighborhood association came out against the plan. And during the City Council meeting, residents voiced concerns over what they felt was a lack of transparency about the deal, and the development’s impact on the historically black neighborhood, according to previous Denverite coverage.

“I would just say that the neighborhood is waiting to see what the park will be like,” the neighborhood association’s Maria Flora told BusinessDen, adding that many of the elements in the separate greater Park Hill plan are included in the Denver Parks and Recreation plan.

Those in support said the arrangement meant the park would be finished sooner, and cost the city less.

“I think the concern was that we were going to switch parcels or sell it, considering the history of the city with land swaps,” Gilmore said. “But we made sure to engage the community throughout the design process to include some of their wishes, and all we want to do is build a park that the neighborhood can embrace.”

A rendering of Fairfax Park, which is expected to be built by the fall. (Courtesy of the Denver Parks and Recreation Department)

Developer HM Capital is paying $650,000 of the $1.5 million cost of Fairfax Park, which is expected to be built by the fall.