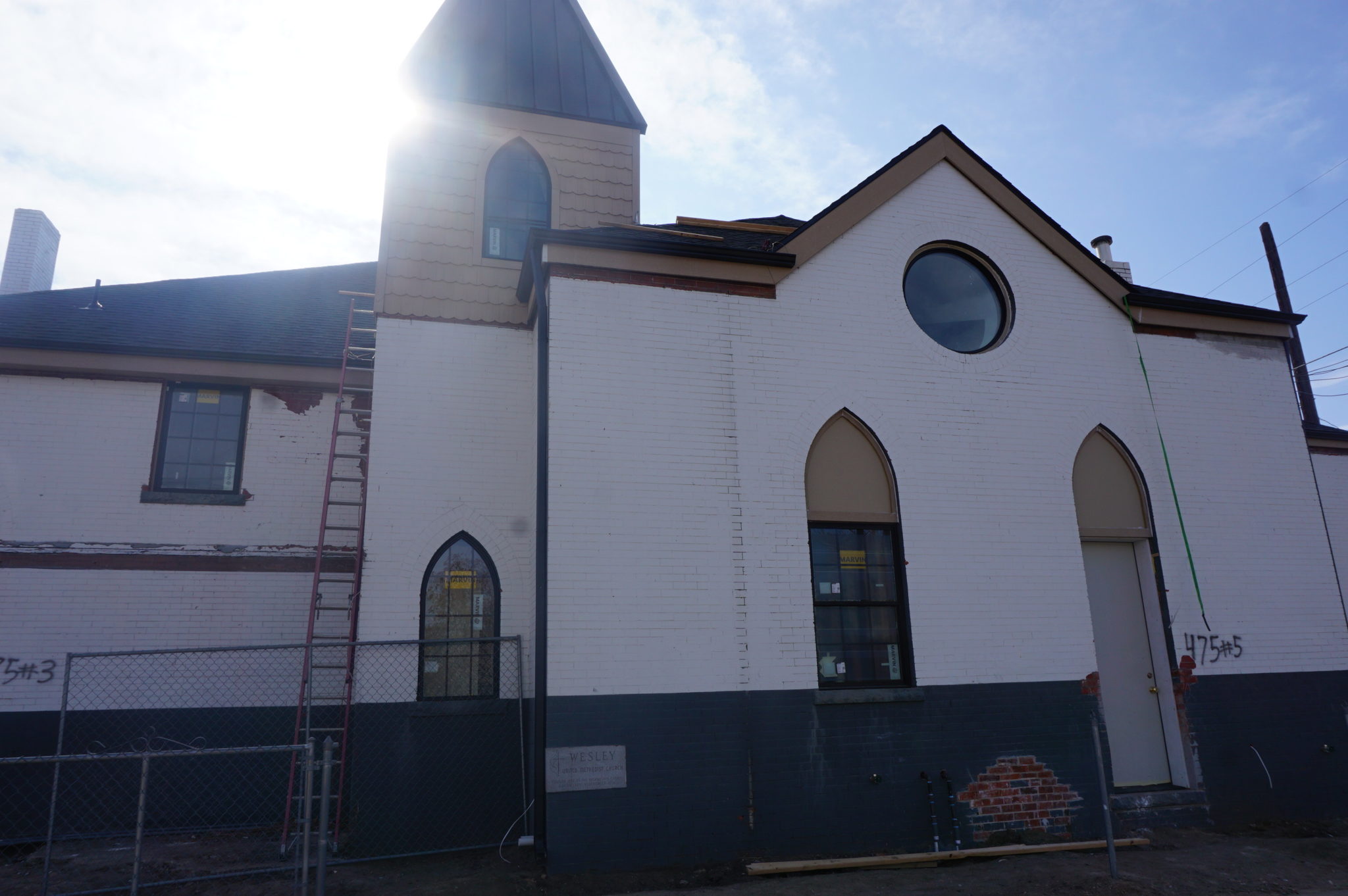 Hasan Al-Mabuk hired Nate and Megan Reed, who own Reed Design Builders, five years ago to build his home in Baker.

And now, the Denver resident has teamed up with the couple to turn the nearly 140-year-old church right across the street into six townhomes — one of which will be his new home.

“I didn’t want to watch someone tear it apart,” Al-Mabuk said. 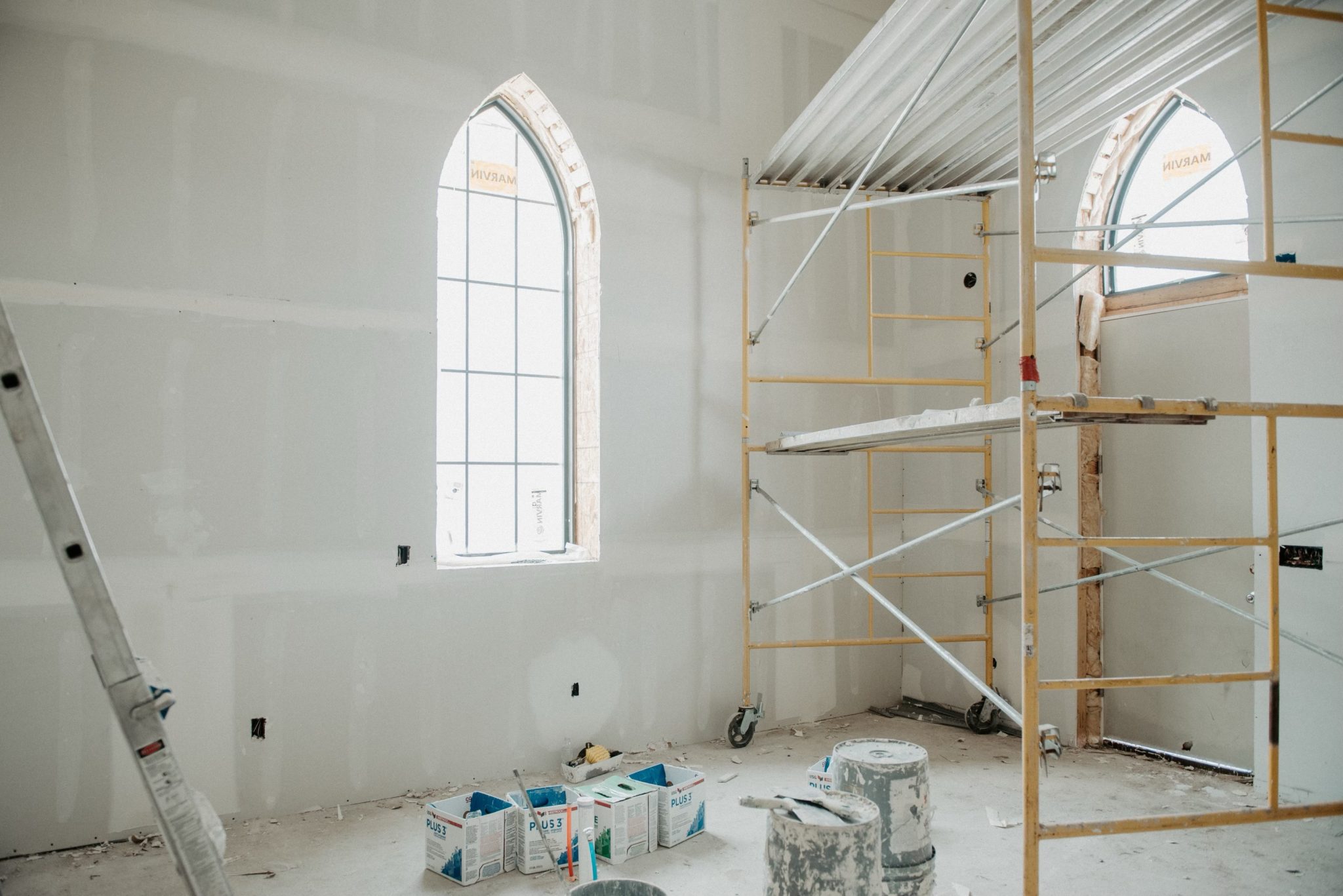 The developers are keeping architectural details, such as the arched windows. (Photos courtesy of Allie Al-Mabuk)

The Reeds, Al-Mabuk and Shawn Doughtery, a production manager for Reed Design Builders, purchased the structure at 475 Galapago St. for $700,000 in April 2019, according to property records.

A small religious organization previously used the church, but Al-Mabuk said they helped them look for a new place of worship.

The development team said it’s a multi-million dollar project to convert the building, which according to city records dates to 1882, into The Holy Townhomes. 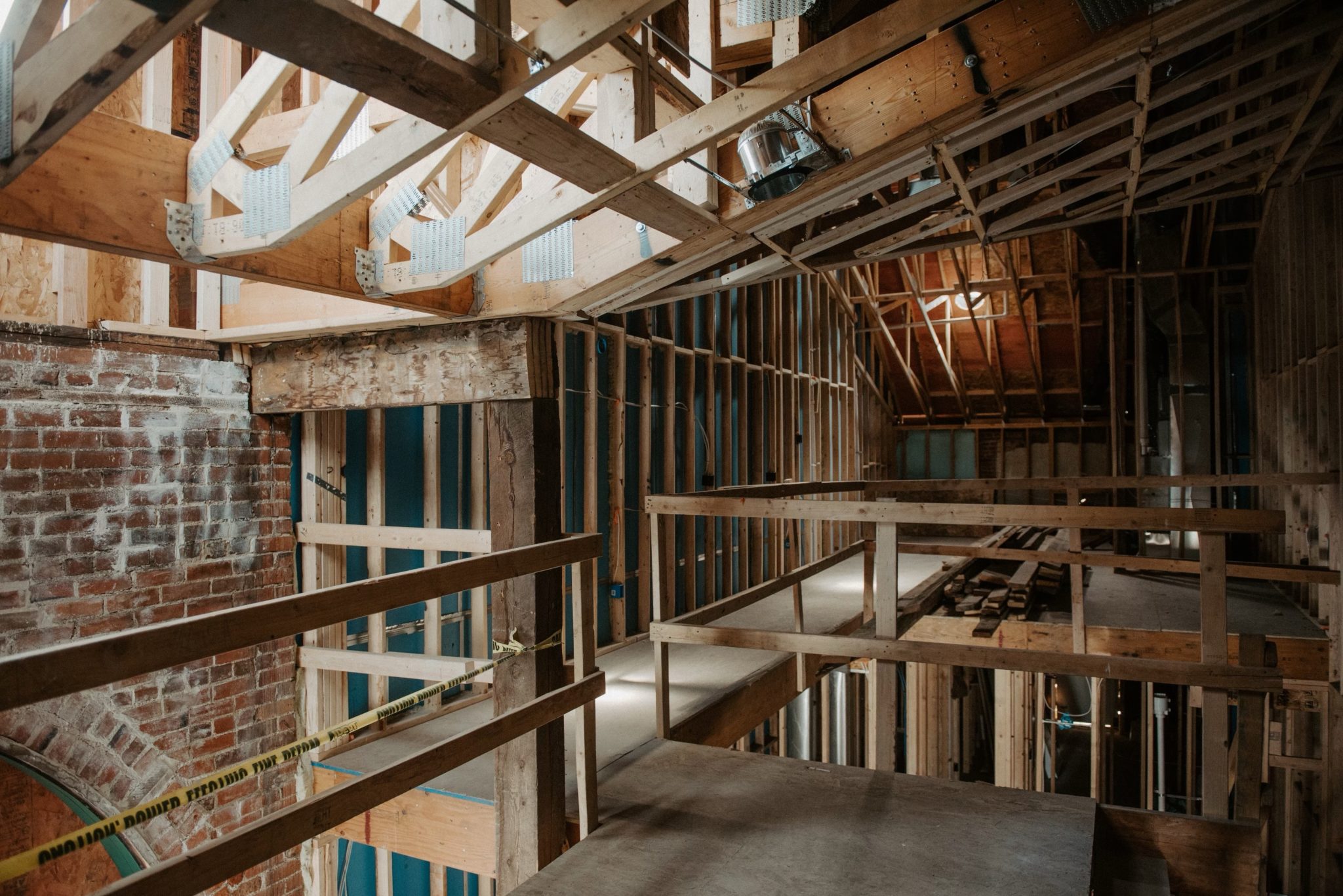 The development team had to install a new wooden foundation.

Work began this past summer. The development team replaced the roof, excavated the area and put in a new wooden foundation. But they’ve kept details like the building’s lofted ceilings, arched windows, skylights, exposed brick, and even restored an old stained-glass window. The church’s belltower also remains intact.

“The church was basically condemned, but we’ve tried to keep as much of the architecture intact as we could,” Nate Reed said.

The ownership group has experience with religious conversion. Al-Mabuk and the Reeds were involved with turning the former church at 4190 Xavier St. in the Berkeley neighborhood into a single-family home in 2018. 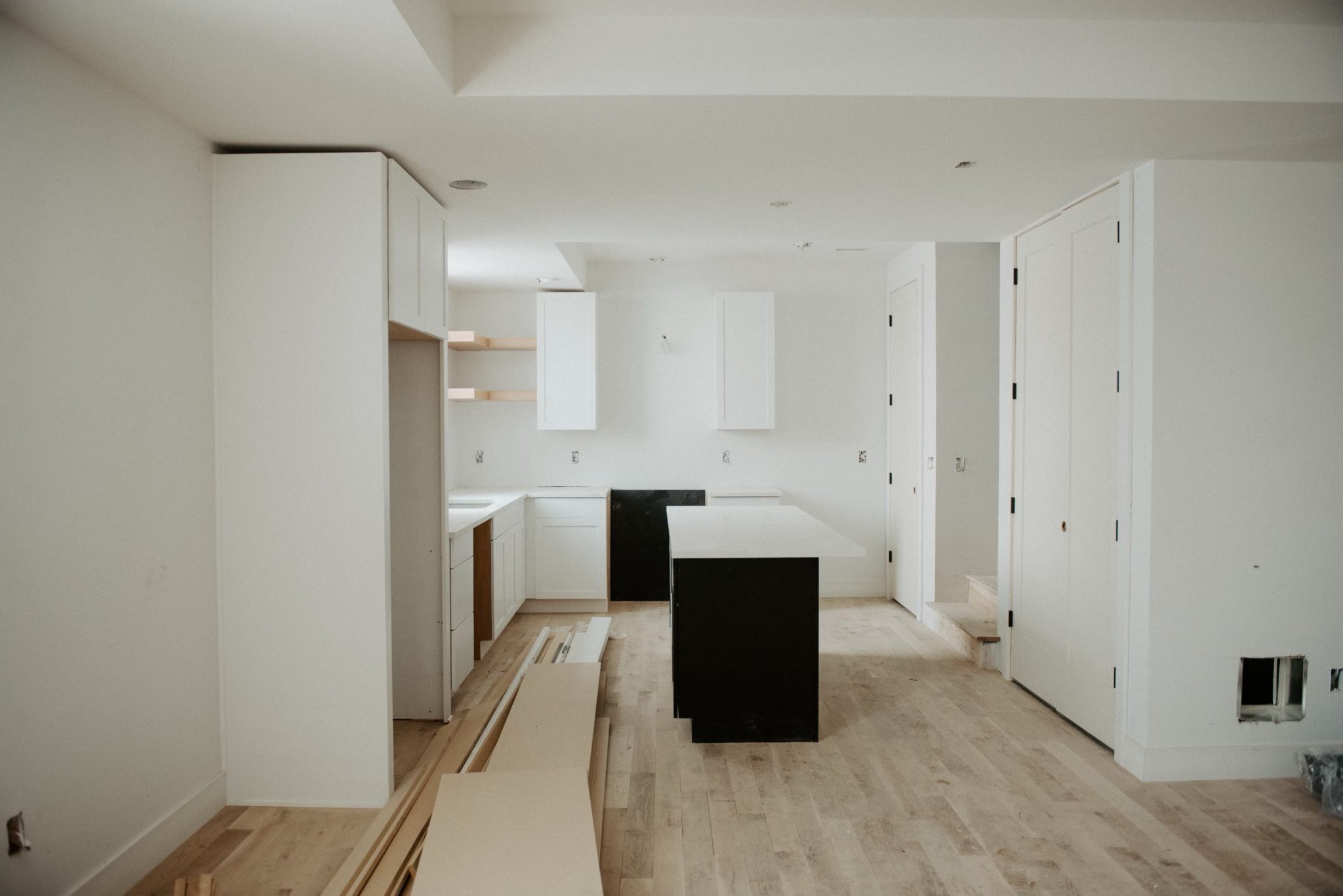 The unfinished kitchen of one of the six townhomes.

The team hopes to be done with the Baker project in the next few months and plans to put five units on the market in March with a base starting price of $550,000. Al-Mabuk plans to move into the sixth himself.

“The neighborhood is excited to see a change, and I think we’re complementing it well,” Al-Mabuk said.

“I didn’t want to watch someone tear it apart,” said Hasan Al-Mabuk, a member of the redevelopment team who will move into one of six new townhomes.