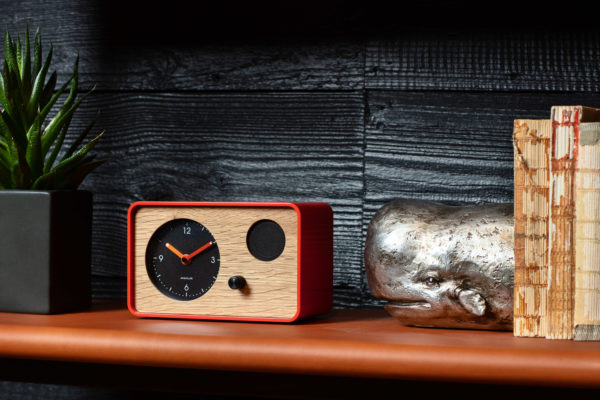 Time is on Jamie Kripke’s side.

In less than 24 hours after launching a Kickstarter campaign, the Boulder resident and co-founder’s new minimalist clock raised nearly $250,000 — smashing its original $20,000 goal.

“If anything it validates the idea that we had for something that was simple,” Kripke said. “But we didn’t know what to expect because there’s not a lot out there to compare it to, so it felt like a bit of a risk in a way.”

OneClock was designed to replace disrupting alarms and gently lift someone out of sleep with science-based music compositions by Grammy-award winning musician Jon Natchez, who is also a member of The War on Drugs rock band.

Kripke, who works full-time as a photographer and director, founded OneClock with entrepreneur Lon McGowan, who is also the founder of Boulder and Miami-based Canard Ventures, and his longtime friend Howie Rubin, who has years of marketing experience as a consultant.

Since launching their Kickstarter campaign on Feb. 3, the founders have raised $424,928 from 1,742 backers as of Wednesday. They have 21 days left to go, but have already made it to the front page of the website, as well as the top of Kickstarter’s “Projects We Love” page.

The idea for OneClock came about when Kripke and his wife decided to stop using their phones in the bedroom a few years ago. They searched for a clock with a basic clean design and soothing alarm system but didn’t find any they wanted.

“Everything I found was either cheap plastic Amazon stuff that seemed like it wouldn’t last or it had so many bells and whistles that I didn’t want or need,” Kripke said. “I couldn’t find anything I liked to replace my phone. So, I just decided to make it myself. But I wasn’t exactly sure where to start.” 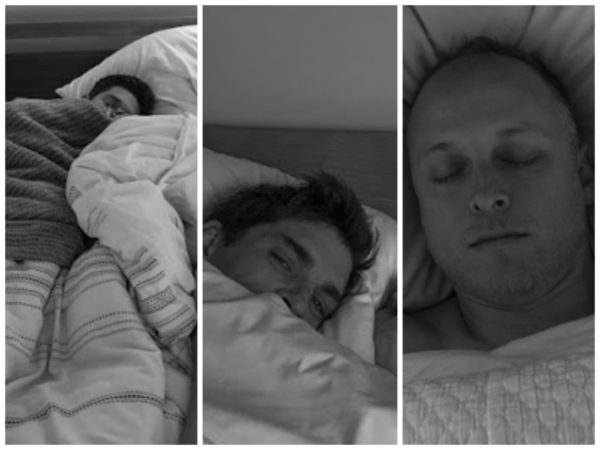 So, in 2018, Kripke presented his idea for a sleek, simple and soothing clock to McGowan, who helped him take it to the next level, and Rubin joined in 2019. The team invested their own money to jumpstart the company.

“We really followed our curiosities,” Kripke said. “Most clocks have that standard alarm sound that we all know is not great to wake up to, and the ones that do have a nice one had too many bells and whistles. You either have to use your phone to play music or an app or the clock has Wi-Fi and Bluetooth, and that’s exactly what we’re trying to get away from.”

The trio brought on Eli Mishkin — a sonic strategist whose compositions have been used as startup tones on phones, in movies and at airports — to help research what sounds are best to wake up to in the morning.

A sonic strategist uses sound and music to shape a brand by prompting an emotional connection in consumers, he said.

“For over 20 years, I’ve sort of investigated why people have certain preferences for sounds and how you can use sound to connect with people,” Mishkin told BusinessDen.

Mishkin is a former professional musician, but is now the founder of Denver-based Hyphenate Branding.

He said he was approached by the OneClock founders early on in the process, and they began researching the relationship between sleep and sound, as well as waking up and sound.

“And what we found just shocked us,” Mishkin said. “The more we looked, the more we found a total gap in the marketplace around this tool. We wanted to find a way to use sound to improve customers’ day rather than jolt them out of sleep. But we keep using sound in the exact same way it’s been used for decades to wake people up just because of mere habit. Is it effective? Yes, but it’s not healthy.”

Since there’s not a plethora of existing research on the connection between sound and waking up, Mishkin said the team applied research around how to use sound for positive psychological purposes while creating the compositions.

“We reached a hypothesis that you can use sound to penetrate deep into the subconscious as people are still sleeping and gently rouse them awake,” he said. “And in doing so, you can improve their mood.”

Mishkin added, “How you wake up influences how you feel for the rest of the day. So, we saw a larger opportunity to do something that can eventually improve people’s lives.”

Kripke wanted to incorporate music similar to a film score, which “is all about creating emotion, but it’s background music, not so front and center the way a live show might be,” he said.

Luckily, he had a connection through his brother-in-law to Natchez, who also has experience composing film scores. The team hired Natchez, and he spent a few months creating the clock’s alarm music.

“He loved the idea from the beginning and was super excited to work on this because it was new for him,” Kripke said. “It was a new way to compose music, finding ways to wake people up.” 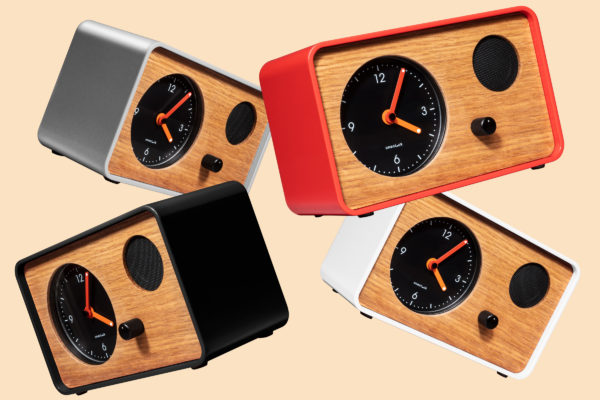 The minimalist clock comes in four colors and has an artificial intelligence music generator.

OneClock uses an artificial intelligence music generator that randomizes and remixes songs sorted with the clock’s memory so that owners never have to hear the same song twice. The music gradually plays for 20 minutes starting at the time of one’s choice, and there is no snooze button.

The minimalist clock, which will be handcrafted in the U.S., features a precision-machined aluminum enclosure, solid wood front and back, and a low glare glass face. The clocks use high quality, long lasting parts, including a Swiss-designed stepper clock movement.

OneClock will retail for $349 on the company’s website and, eventually, in select retailers that Kripke would not disclose.

“If you look at this product as an alarm clock, you’ll be shocked at the price tag. But it’s not only that. It’s a piece of art, and it’s something that is designed to make you feel better,” Mishkin said. “Every sound and tone you hear is designed just for this purpose. It’s not plucked from a sound library we’ve paid $2 to license. We put a ton of energy and passion behind it.”

The founders are based in Boulder, but have six employees across the Front Range.

Kripke said they decided to use Kickstarter since it’s “known for introducing innovative products that are unusual or different,” and they plan to use the funds to streamline production.

For now, OneClock will remain a side-gig for the founders, Kripke said. But seeing as they’ve already received an overwhelming amount of attention from the Kickstarter community, he said the founders “are ready for anything.”

“We’re not that business-minded,” Kripke said. “We just want to make a great product and get it to people who appreciate it. We’re not setting goals for numbers or anything.”