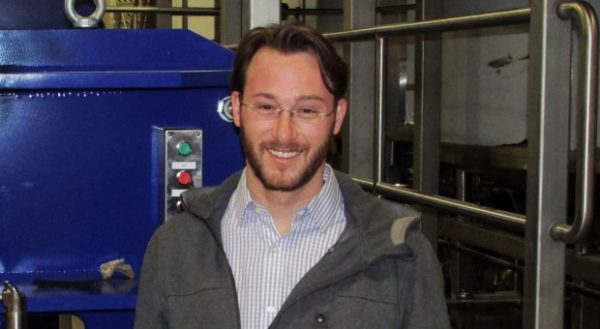 Days after relaunching itself with new branding, the driving forces behind Boulder Beer Co. say the state’s first craft brewery will aim to open a new taproom in its namesake city in the next two years.

Sleeping Giant managed the distribution of the brews since then with minor interruptions to retail store deliveries in certain markets early last year, but the goal soon after the contract brewer took over production was to give the lineup a fresh look.

Osterman started planning a rebrand as far back as January 2020 with the help of Fort Collins-based consultant The Storied Brand. He originally planned to build an in-house sales team for Boulder Beer but later opted to partner with Stem Ciders last March to handle that aspect due to its existing sales infrastructure.

In refocusing on maximizing its distribution throughout last year, Osterman said the company reduced its footprint from about 30 states to about 25 and dropped accounts that hadn’t ordered significant amounts of beer or hadn’t placed an order at all in a long period of time.

Osterman declined to specify what exactly would need to happen in order for Sleeping Giant to re-establish a physical taproom in Boulder, but said re-establishing a physical location in the city is a near-term priority.

Boulder Beer’s former location at 2880 Wilderness Place was placed for sale in late 2019 and remains on the market.

Until a new taproom opens, the situation places Boulder Beer in a marketing quandary. The beer itself is made in Denver, the brand is marketed by a company with taprooms in Denver and Lafayette, and it doesn’t have a physical presence in the city it is named after.

While Gina Day and former brewmaster David Zuckerman are regularly consulted on the branding and recipes, Sleeping Giant has the creative control over how the brand’s beers are made and presented through packaging.

Osterman, himself a Boulder native who had his first experiences with craft beer by drinking the brand, says yes, because its ownership and its production is still based on the Front Range. He also argued that other larger craft brands such as New Belgium Brewing Co. and Oskar Blues Brewery have breweries in North Carolina, but that doesn’t make them inauthentic.

“Imagine if Boulder Beer had sold to investor group X and stayed in Boulder. Is that more authentic than what we’re doing? I don’t think so,” he said. “Some nameless, faceless investors who would come in and take it over just for the sheer fact that they have a production facility in Boulder, does that make you from somewhere?”