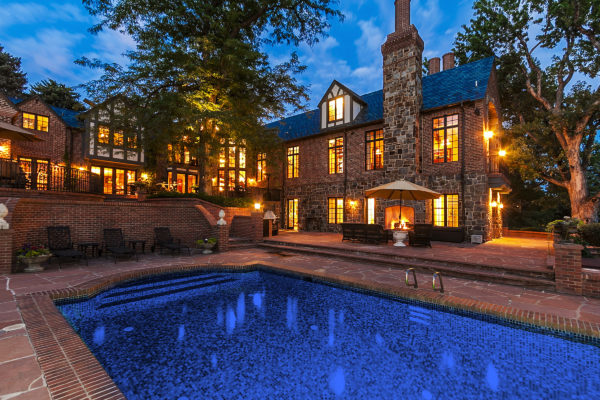 This mansion at 3 Churchill Drive was the priciest home sale of 2021 so far, $7.85 million. (Courtesy of The Behr Team)

The 14,239-square-foot home at 3 Churchill Drive was the most expensive home to sell locally in January.

Agatha Kessler purchased the home on Jan. 19 under the entity Magic Coco LLC, according to property records. In addition to serving as chairman, she is the wife of Fentress Architects’ founder and CEO Curtis Fentress, according to previous media coverage.

Fentress founded the firm in 1980, and since then has completed multi-million dollar projects around the world, including the Colorado Convention Center, Empower Field at Mile High stadium and Incheon International Airport in South Korea, according to its website.

The founder also designed the layout of his former flat on the 40th floor of the Four Seasons in downtown Denver. Fentress and Kessler listed the 4,828-square-foot modern apartment for $4.75 million in 2016. It was relisted in 2019 and later in October 2020 for $4.9 million, but has not sold yet, according to MLS.

The property on Churchill Drive was sold by Neyeska and Steve Mut, who bought it in 2004 for $5.25 million, according to property records. The couple renovated the home, which sits on 2.6 acres and overlooks Cherry Hills Country Club, in 2006, according to the listing.

The five-bedroom, 12-bathroom home offers the “ultimate retreat for those seeking privacy, serenity, and scenic beauty,” according to the listing. It features a pool, tennis court and spa.

Neyeska is the managing director for Denver-based Cynosure Energy and Steve is the CEO of Nycn Energy Consulting, according to their LinkedIn profiles.

Here are the next four priciest local home sales from January, according to MLS data: 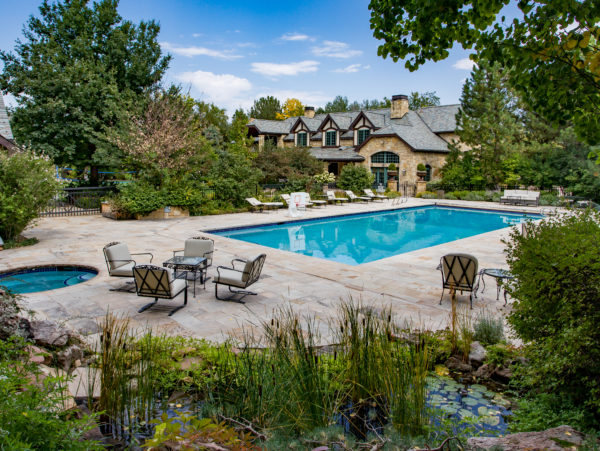 Details: Sitting on 2.5 acres, this European stone mansion “is perfect for both entertaining on a grand scale, and more intimate gatherings,” according to the listing.

Downstairs, the 3,152-square-foot finished basement includes an expansive rec room, a French antique bar, a study area with desks and a blackboard, a wine room, a media room and more. 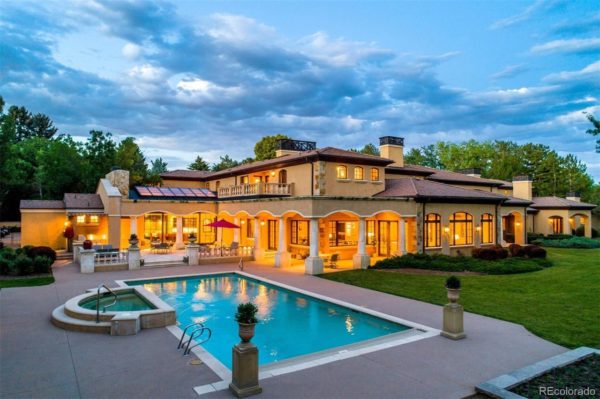 Details: This gated European-inspired villa features 22,591-square-feet of space throughout three stories, which can be accessed on the elevator.

Guests are greeted in the two-story foyer by a limestone winding staircase. The main floor also includes a large-scale living room with two-story ceilings, a game room with a sunken bar, a gourmet kitchen, a mahogany-paneled library, and a luxurious master suite.

Outside, there’s a pool, jacuzzi, fountains, a large cabana with a fireplace, an outdoor kitchen and a five-car heated garage. 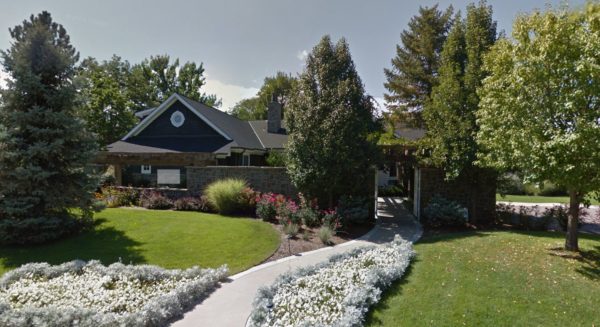 Details: In Littleton, this six-bed, six-bath property sits next to Bowles Lake. This is the first time it has been sold since it was built in 2009, according to property records. 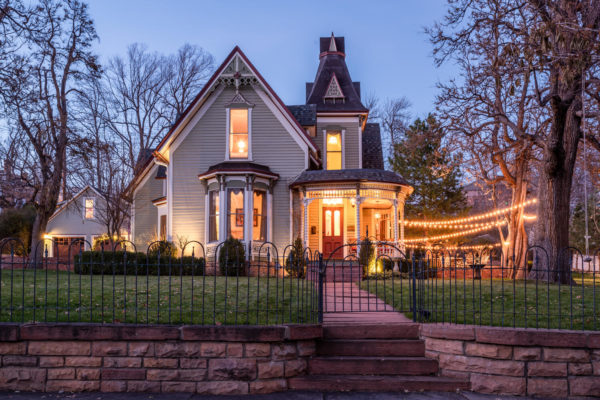 Built in 1877, this Boulder home sold for $4.95 million. (Courtesy of Colorado Landmark)

Details: Built around 144 years ago, this historic Queen Anne Victorian home “exudes charm,” according to the listing. It sits on more than half an acre, the second largest lot in Mapleton Hill.

There’s also a carriage house with a private office on the property.

This mansion at 3 Churchill Drive was the priciest home sale of 2021 so far, $7.85 million. (Courtesy of The Behr Team)

The chairman of Fentress Architects paid the most: $7.85 million for a 14,239-square-foot home on 2.6 acres overlooking Cherry Hills Country Club.